The chef has announced he will be leaving the ABC daytime talk show "The Chew" amid allegations of sexual harassment. 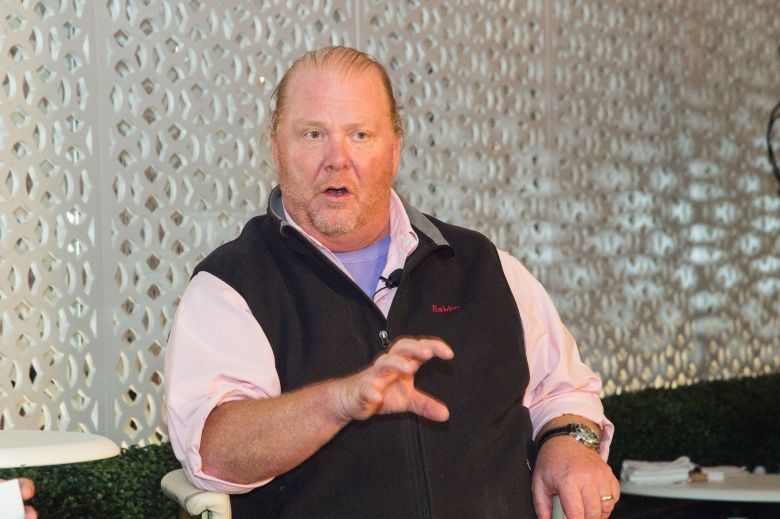 Celebrity chef and restaurateur Mario Batali has been accused of sexual harassment by four women in a new report published by Eater New York. The women have chosen to remain anonymous. The allegations date back two decades and claim that Batali had groped women’s breast and buttocks in the past. Batali responded to the claims by admitting to Eater that the behavior described in the allegations “match up” to past actions.

“I apologize to the people I have mistreated and hurt,” Batali said. “Although the identities of most of the individuals mentioned in these stories have not been revealed to me, much of the behavior described does, in fact, match up with ways I have acted. That behavior was wrong and there are no excuses. I take full responsibility and am deeply sorry for any pain, humiliation or discomfort I have caused to my peers, employees, customers, friends and family.”

Batali has served as co-host of ABC’s daytime talk sow “The Chew” since 2011. In the wake of the allegations, ABC asked the chef to step down from his role. Batali will also be exiting his day-to-day role at the Batali & Bastianich Hospitality Group, which owns approximately 20 restaurants.

“We have asked Mario Batali to step away from ‘The Chew’ while we review the allegations that have just recently come to our attention,” ABC said in a statement. “ABC takes matters like this very seriously as we are committed to a safe work environment. While we are unaware of any type of inappropriate behavior involving him and anyone affiliated with the show, we will swiftly address any alleged violations of our standards of conduct.”

In addition to “The Chew,” Batali’s screen credits include a host of Food Network series and voice work on “The Simpsons” and in Wes Anderson’s “Fantastic Mr. Fox.”

This Article is related to: Television and tagged Mario Batali, Sexual Harassment, The Chew