From '80s-era classics to indie gems, Greta Gerwig's breakout hit shares some crucial DNA with a slew of other charming films. 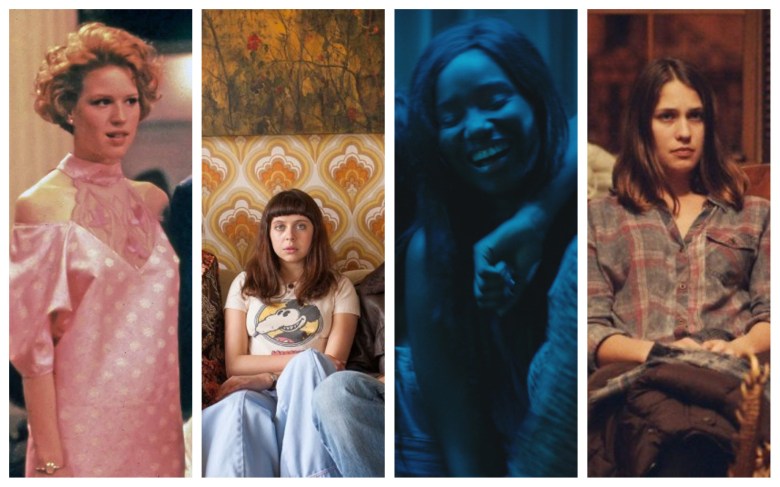 It’s the honesty of Greta Gerwig’s “Lady Bird” that really makes the Saoirse Ronan-starring coming-of-age movie sing. Yes, it’s very funny and filled with enough genuinely great performances that it’s actually debatable which supporting star turns in the best work (it’s Laurie Metcalf, or maybe Beanie Feldstein, or possibly Tracy Letts), but what makes Gerwig’s movie such a gem is the honesty that infuses every part and every scene. Ronan’s Christine “Lady Bird” McPherson is a work-in-progress, but she’s also kind of a jerk, and Gerwig never shies away from showing the angstier, angrier side of growing up.

So often, high school-set features tend to lean into the more fun side of those four years, building up to the big dance or the big test or the big graduation, and while Lady Bird is consumed with getting to the next step, she stumbles a lot on the way. From a fraught relationship with her mom (Metcalf) to a falling out with her best pal (Feldstein) to a very messy romantic life, Lady Bird is as authentic as they come. She’s not alone either.

If you’ve already seen (and loved) “Lady Bird,” we’ve got seven other suggestions for similar films you can watch now, all the better to soothe your movie-loving heart until it’s time to watch Gerwig’s film again. Marielle Heller’s 2015 Sundance hit “The Diary of a Teenage Girl” is not your average coming-of-age story. Based on Phoebe Gloeckner’s graphic novel 2002 “The Diary of a Teenage Girl: An Account in Words and Pictures,” the film bravely and brazenly turns its taboo subject matter — the sexual awakening of a teenage girl — into a funny, smart, and honest story that entertains as much as it educates. Bel Powley stars as Minnie Goetze, a precocious 15-year-old muddling her way through the swinging scene of seventies-era San Francisco. Like many girls her age, Minnie is struggling to find her place in the world, a journey made all the more difficult by her seemingly unstoppable hormones. As Minnie taps into her burgeoning sexual desires, her life takes a turn — straight into the arms of Monroe (Alexander Skarsgard), her mother’s boyfriend. Heller deftly navigates questions of consent and issues of age, and Minnie makes it clear that she’s making her own decisions, even if they’re probably bad ones. Kelly Fremon Craig’s film eschews the kind of glossy veneer that so often coats current high school-based offerings, instead opting to deliver a charmingly flawed lead character who is thrust into some very relatable situations. In “The Edge of Seventeen,” Hailee Steinfeld plays Nadine, a life-long outcast who has navigated her way through all sorts of setbacks – a cool older brother, a dead father, an out of touch mother, and a profound inability to fit in with pretty much everyone else – if only because she has a dedicated best pal at her side. But when said BFF Krista (Haley Lu Richardson, who is just great in everything) starts dating Nadine’s loathed older brother Darian (Blake Jenner), Nadine is woefully unable to deal with the fallout. Instead of responding with positivity and maturity, she basically implodes her entire life, all in the hopes of cratering the burgeoning relationship and hoarding Krista all to herself. In true coming-of-age fashion, once Nadine begins to realize that her projections of the world around her – and particularly the people around her – are false, she actually starts to grow as a person. Gerwig has written plenty of very good stuff over the past few years, including co-scripting a pair of female-centric Noah Baumbach joints, charmers both, but the most obvious companion piece to her “Lady Bird” is surely “Mistress America.” While Gerwig and Baumbach’s previous effort, “Frances Ha,” similarly explored complex female friendships and a main character earnestly struggling to grow as a human, “Mistress America” dips further into the New York groove and questionable creative endeavors that also mark “Lady Bird.” Gerwig is cast as the eponymous Mistress America (well, sort of, her name is Brooke), a mythical amalgamation of ambition and out of the box ideas that captivates the wayward Tracy (Lola Kirke), a shy college freshman after their parents get engaged, meaning that she and Brooke are about to become stepsisters. Tracy is an outsider at school, but the compulsively fun Brooke introduces her to new way of living – even if it ultimately proves too nutty to sustain – and helps inspire her to write some damn good fiction. It’s those stories that prove to be her undoing, but also, weirdly, honestly, her making.

Céline Sciamma’s 2014 festival favorite – it debuted at Cannes’ lauded Directors’ Fortnight, later making stops at Toronto, London, Hamburg, and more – is a highly relatable coming-of-age tale set against an indelible backdrop. The filmmaker was inspired by the various “girl gangs” she saw around the Paris suburbs, and “Girlhood” focuses on one such girl: Marieme (Karidja Touré, hailed for her breakout turn in the feature). Marieme’s circumstances aren’t great – she lives in a poor neighborhood, struggles in school, and has a real jerk for a brother – but when she joins up with a group of street smart girls, she finds a tight-knit gang that is as tough as they are loving. Sciamma’s film doesn’t romanticize Marieme’s new lifestyle (though there is at least one instant classic party scene set to a Rihanna jam that is super-cool), though it does shine a light on the intensity of female friendships in a way that is deeply heartening. David Wnendt’s 2013 German drama goes there. And also there, there, and there, right around there, over there, and down there. If there’s an orifice for leading lady Carla Juri to probe in pursuit of pleasure (and maybe even some pain), she’s going to do it. Possibly also with a vegetable. The most out-there, oh-wow coming-of-age story of the century, a movie that makes the pie-loving of “American Pie” look embarrassingly infantile and “Blue Is the Warmest Color” seem suitable for family consumption, “Wetlands” is a riot of sounds and sights that run the gamut between dreamy and nightmarish. But for all its gross-out humor, “Wetlands” also packs an emotional punch, all of it hinging on Juri’s wild-eyed work as the wholly unique Helen, on the cusp of the rest of her life (and super-horny for it). Gerwig herself has been open about the many films that inspired “Lady Bird” — she even programmed an entire series at NYC’s Quad Cinema featuring a dozen films that she says helped fuel her creativity — and it while the list is peppered with some surprises, there’s at least one coming-of-age classic that seems obvious: Howard Deutch’s “Pretty in Pink.” Look no further than Lady Bird’s own Pepto pink prom dress for the most obvious parallel, but the similarities go far beyond shared sartorial choices. Like “Lady Bird,” the John Hughes-penned high school film follows an outsider (Molly Ringwald as Andie) who is desperate to both fit in and stand out at her chi-chi high school. She’s got a complex relationship cooking with a resident cool dude (Andrew McCarthy), her own complicated BFF-ship with Jon Cryer as the criminally friend-zoned Duckie, and like Lady Bird, and a fraught relationship with her closest parent (a devastating Harry Dean Stanton).

This Article is related to: Film and tagged Female Filmmakers, Lady Bird, The Diary Of A Teenage Girl, The Edge of Seventeen