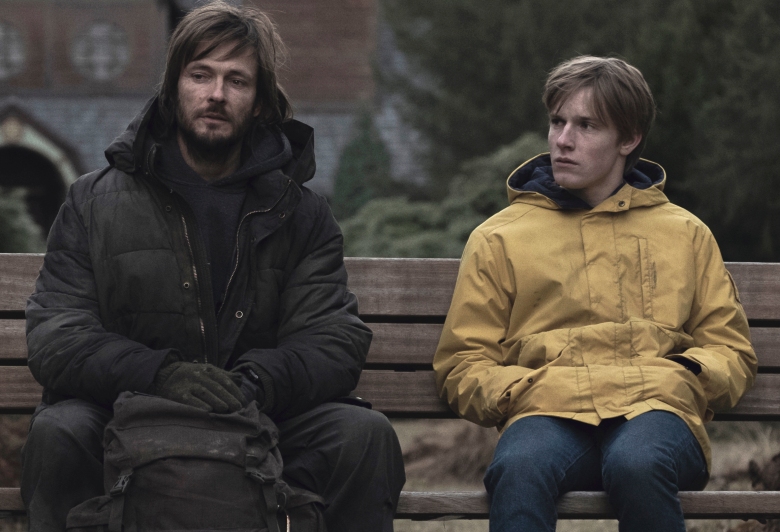 [Editor’s Note: The following contains spoilers from the entirety of Netflix’s series “Dark.”]

Netflix’s German supernatural mystery thriller doesn’t fit neatly into any puzzle box, but it sure is addictive and intriguing. Initially built around the case of a missing boy in Winden, “Dark” quickly bursts through the confines of the small town — not by reaching beyond its borders, but beyond its time. The curious time travel element, however, is a tricky one, and two warring forces are trying to control it. Unfortunately, it seems that many young boys have been caught in the middle.

The time travel occurs in 33-year increments, which creates a curious connection with Winden’s past, present, and future. In particular, viewers have gotten to know the young, middle-aged, and older versions of the same characters that hail from a few major families. Trying to keep the various surnames, generations, and each person’s secrets straight is difficult enough, but throw in a kidnapping priest, arcane references, mutilated corpses, birds and sheep dropping dead, and fun ‘80s pop tunes? Pure madness.

If viewers are anything like IndieWire’s critics, they have more than a few burning questions now after watching the 10-episode first season of “Dark.” Here are the biggest head-scratchers: At the center of it all is Jonas Kahnwald (Louis Hofmann), a young man with a complex time-travel-tainted genealogy. In the very last scene, he emerges from a bunker and into a desolate world full of burning vehicles and other remnants of destruction. A strange aircraft flies overhead. He meets up with a vehicle full of people wielding guns, and just before one young woman hits him on the head, she tells him, “Welcome to the future.”

The most obvious conclusion is that Jonas traveled to 2052, which is 33 years in the future from his present year, 2019. But why not 2085 or even beyond that? After all, “Dark’s” time travel doesn’t only happen 33 years before or after from your own time; increments of 33 years work as well. Ulrich (Oliver Masucci) walked through the time tunnel from 2019 back to 1954.

Plus, if you think about it, Jonas was in in the crazy wallpaper room in 1986 (judging by what’s on rotation on the TV there). When he reached across the time rift to young Helge in 1953, Helge took his place just as Old Jonas’ time machine’s radioactive Cesium set everything off. There’s no telling when in time Jonas ended up.

All that being said, we hope it’s 2052, when the offspring of the characters we met in 2019 might be still alive. That young woman who knocked Jonas down appears to looks like she could be a descendant of Martha (Lisa Vicari), his problematic love interest who turned out to be his aunt through a weird twist of fate (and time travel). Then again, if he’s meant to fall for this girl, it would be best to avoid any whiffs of almost-incest.

What Happened in the Future?

No matter when in time Jonas is, he appears to have entered a post-apocalyptic landscape, which would explain why the show’s creators told IndieWire that there would be many new characters introduced if Season 2 happens. Even if it was 2052, many of the people we had met in 2019 may have died if a major destructive event happened. If it’s even farther in the future, then many people would have died of old age.

It’s unclear why the future is on fire, but given the amount of people roving with guns a la “Road Warrior,” this could be the product of limited resources and looting. Then again, Winden is also the site of a nuclear plant that has been storing its barrels of waste in the tunnels underneath the town (and in a truck temporarily). Within the 1986 timeframe, there are many references to Chernobyl as well, so it’s very possible that was foreshadowing Winden’s own catastrophic nuclear accident.

Who or What Is Noah? If one listens to Noah (Mark Waschke) the priest — and at the very least Helge has — Noah is doing God’s work by trying to unlock the secrets of time travel. The only problem is that in order to attain this goal he feels justified in abducting boys and experimenting on them in a way that kills them.

“The world is doomed to be destroyed. But this here — this is our ark,” Noah says, indicating the bunker that has been transformed into the crazy wallpaper room. “And I’m Noah. If we can harness this energy, we can change everything. Then we decide the world’s fate, far removed from all the evil and from all pain. We’ll create a time machine that reorders everything, the beginning and the end.”

It should be noted that he already seems to have uncovered the secret to eternal youth, which could indicate that he himself might be a time traveler in some way. He also seems to know the police chief Charlotte (Karoline Eichhorn) at some point since he had what looks like a watch engraved with “To Charlotte” on it. She didn’t seem to recognize it, so that could mean it’s from the future.

Then again, he could be something a bit more supernatural. When discussing the number 33, it’s mentioned that the Anti-Christ began his reign at that age. The show then cuts to Noah…which can’t really be a coincidence, right? But perhaps he’s actually the good guy that he claims to be, according to some other clues. See below.

What Is the Significance of Noah’s Back Tattoo and the Trinity Knot? Despite Noah’s Christian trappings, he may actually follow the occult teaching of Hermeticism, which encompasses Christianity since it believes in prisca theologia, a doctrine that asserts that a single, true theology exists, which threads through all religions. And although this is monotheistic, Hermeticism also believes in other beings such as angels and elementals in the universe. Perhaps Noah is not quite human.

Hermeticism believes that there are three parts of the wisdom of the universe: alchemy (which is not confined to just transforming lead into gold), astrology, and theurgy, a type of white magic the relies on an alliance with a being such as an angel. The trinity knot, which originated with pagan symbolism, on Noah’s book could represent this. (Christianity adopted it to symbolize the Holy Trinity.)

Noah’s back tattoo is perhaps the most glaring sign of his belief. It’s the depiction of the Emerald Tablet, which is an ancient wisdom text that discusses prima materia, basically the building blocks, the essence of all matter and what’s needed to make the philosopher’s stone (which has properties of alchemy). The tablet also contains the phrase, which the series rendered in Latin, “Sic Mundus Creatus Est,” or “So was the world created.”

What Is Claudia Up To? Noah claims that Claudia Tiedemann (Lisa Kreuzer) means to do evil. This seems odd because her family has been with the town for at least four generations (her dad was with the police, her daughter runs the Wald Hotel, and her grandson is Jonas’ schoolmate). Since Noah kills boys, he might not be the most reliable source of information, but we’ll reserve judgment for now.

The older Claudia, however, has been traveling throughout time and connecting with various characters whom we’ve met. For one, she gave the clockmaker/time professor H.G. Tannhaus (Christian Steyer) – perhaps named in honor of “The Time Machine” author H.G. Wells – the original blueprints for the time travel device that he makes, with the intent to supposedly set time straight. This sounds great if it saves boys’ lives, but of course that may mean that Jonas would no longer exist since his father was a boy in 2019 who traveled back in time to 1986, where he met and eventually married Jonas’ mom.

What Happened to Each of the Boys Who Went Missing? The only confirmed whereabouts of a missing boy is Mads (Valentin Oppermann), the brother of Ulrich. He went missing in 1986, but somehow showed up freshly dead in 2019, still dressed totally ‘80s with a Walkman. Ulrich can’t quite believe it since it doesn’t really make sense. (What’s odd is that no one does a DNA test on him. Sure, it’s a small town, but they can take a sample and send it off to a lab.)

In 2019, Erik Obendorf (Paul Radom) and then Yasin (Vice Muck), the “boyfriend” of Charlotte’s daughter, go missing. Back in 1953, the bodies of two boys are found that match their descriptions (you really can’t miss Erik’s distinctive red hair), and both sport clothing tags that read “Made in China.” It’s very possible that these are the two missing boys.

Why Are Young Boys Targeted? So far, all the victims of Noah’s experimentation appear to have been boys. Mads, Erik, Yasin, and then Jonas, although he escapes. Why not adults? Why not women?

Perhaps the clues lie within Helge (Hermann Beyer), who was only 9 years old when he woke up in the crazy wallpaper room (after touching Jonas through the worm hole). If that room is in fact in 1986, then he somehow must have been able travel back in time to his original year of 1953. When we first meet him, he’s an old man in 2019. If he had just stayed in 1986 and grown up from there, he’d only be middle-aged in 2019.

Therefore, if Helge is able to travel back somehow, using the torture machine, maybe Noah took that as a sign that young boys are good for his experiment. It’s a shaky premise of course, but it’s all we’ve got for now. Obviously, traveling via time tunnel is far more egalitarian since it’ll take adults like Ulrich and even the dog Gretchen. Helge could have returned home via the cave’s time tunnel as well.

Continue to Page 2 for Martha’s play, that wallpaper, and more>>

Page 1 of 2
Continue Reading: ‘Dark’ Theories and Burning Questions: Jonas’ Fate, the Wallpapered Room, and That Massive Back Tattoo

This Article is related to: Television and tagged Dark, Louis Hoffman, Netflix