This four-part series starring Russell Peters is a breezy alternative to hard-knuckle detective shows, but there are hints of a better, tighter story. 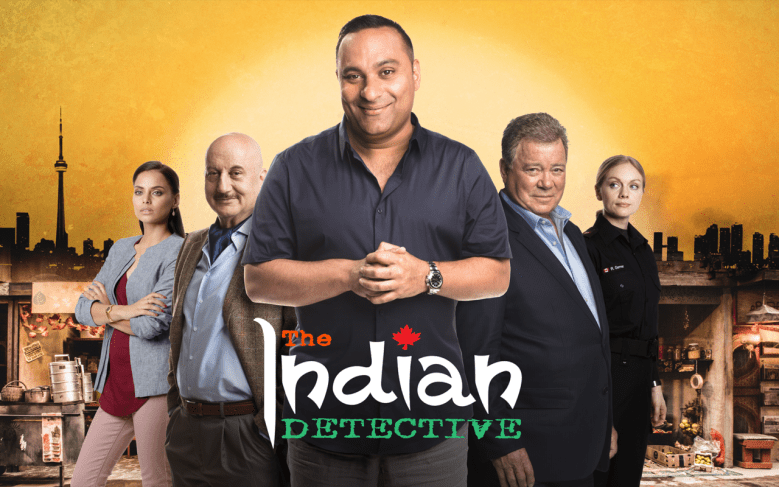 Eventually, “Warm Bath TV” as a philosophical guide will find favor in all of the biggest television subgenres. The desire to find something comforting on TV, even within the framework of a stressful setup, has helped make “The Good Doctor” one of the year’s runaway new hits.

Enter “The Indian Detective,” a Netflix/CTV joint distribution venture that brings that same philosophy to a serialized cop show. Against a syndicate-run plot that eventually claims its share of bodies, there’s an easiness to the way that Doug D’mello (Russell Peters) winds his way through the four-part story that sometimes makes for an enjoyable watch, but mostly hints at a better show with a different approach.

After a suspension following a highly public failed drug bust and an urgent phone call from his father‘s hometown of Mumbai, Doug flies to India to visit his ailing father Stanley (Anupam Kher). When he arrives and his dad is in chipper spirits, the extra time that Doug spends in the city is just enough for him to get caught up in a local murder investigation. What starts as a way for him to prove his detective bona fides quickly becomes a sprawling international scheme that may have something to do with the reason he was given temporary leave in the first place.

As the show hops back and forth between continents, it also returns to Doug in a holding cell, recounting the story to unseen law enforcement officials. It’s a decent framing device for a pilot, but the more the show returns to that room, the more unnecessary it feels. Peters’ asides can be entertaining at times, but in the flashback contexts or when Doug is awkwardly trying to break the tension of a very serious conversation, the comedy side of “The Indian Detective” often feels wedged in. The result is a show stuck between serious police drama and wacky subversive workplace satire. It’s a light, breezy spin on the detective story that would be right at home on American broadcast. But as a four-part Netflix binge, there’s just not enough here to ensure that viewers stick around once it starts.

Like Doug’s various attempts at romance, the show tries to draw some levity from the awkwardness of its mismatches. The platonic protection he feels for his partner Robyn makes for an intriguing working relationship, one not merely built on romantic entanglements. When he cautions her against dating one of their co-workers, for him it’s not out of jealousy, but of reason.

When Doug finds his own crush halfway across the world, his working relationship with Priya (Mishqah Parthiephal) undoes a little of that less-than-obvious approach to police work and romance intermingling. The rom-com vibes through their investigation aren’t strong enough to justify them being there and when setting up the backdrop of bodies piling up, it just feels like an unnecessary distraction, all the way up to their final moments together.

The show also embraces its Canadian backdrop, complete with curling on TV and talk of the Maple Leafs, and even Canadian legend William Shatner himself. (Shatner hovers over Season 1 without establishing himself enough in the plot to really sink his teeth into anything, but he’s an enigmatic enough presence to add a little mystery to his part in the story whenever he’s on screen.) The unofficial team up between Mumbai and Toronto makes for an interesting intercontinental sync-up, connecting the two cities in a way few shows get a chance to.

It’s a pretty compact cast list for a show that runs effectively almost three hours in total, but even with the relative few number of characters to follow, the antagonists in this case still feel unfocused. They’re the kind of villains who, when making a threat, make sure to explain to the other side of their phone calls just exactly how they know each other, so that their threats also take care of a bit of backstory business as well. (The main string-pulling mastermind of the scheme has a late-episode eruption so fierce that you wish that sinister undertone could have surfaced a bit more in the preceding hours.)

The show does a decent job of connecting the dots of this international crime syndicate, but the real problem the series faces is at its episode length. We’ve documented before how hourlong comedies can be a tricky business, and while there is enough vicious crime to tip “The Indian Detective” over to the drama side, there’s still a tonal gap that makes these installments feel a little long-winded. Peters is an effective leading man in his everyman would-be detective capacity, but Doug’s casual attitude toward the whole process leaves some of the episodes feeling less urgent and more meandering than the show needs it to be.

There’s a kernel of a more engaging show in Doug and Stanley’s relationship, one that brings up questions of identity and family loyalty. Kher, playing a different kind of patriarch than he does in “The Big Sick,” brings a great warmth to a role that without a truly charismatic performer, would seem like a needless addition to the story and merely a means to get Doug over to India. The father-son relationship anchors most of the best moments of “The Indian Detective,” making the swirling crime tale surrounding it seem like an appendage.

“The Indian Detective” is a crime story that isn’t setting out to challenge with a labyrinthine plot or hone in on intricate, nuanced character work. It’s a slightly different spin on a familiar story, and its success in Canada speaks to its ability to connect with audiences. As an engaging detective story that makes the most of its premise, the series doesn’t have as much to offer. But as a globe-hopping mystery that makes for effortless viewing, there are worse ways to spend a few hours.

“The Indian Detective” is streaming now on Netflix.

This Article is related to: Television and tagged Netflix, The Indian Detective, TV Reviews