Exclusive: The great director writes about his 10 favorite films of the year and explains why he's betting director Sean Baker is "the future." 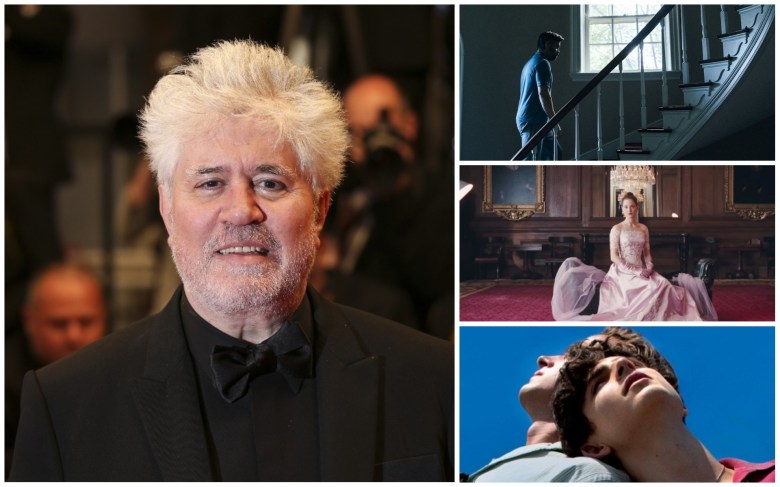 IndieWire recently reached out to a number of directors to share their lists and thoughts on the best of the year. 42 filmmakers responded, supplying a wide range of interesting insights into the best of 2017, but few were as eloquent and effusive as the great Spanish auteur and noted cinephile Pedro Almodóvar.

In writing about the films he loved this year, Almodóvar not only got at the heart of what makes each film great, he often put the directors’ work in a larger context with historical comparisons that are meant as the highest form of praise. For example, in discussing Yorgos Lanthimos’ direction of “The Killing of a Sacred Deer,” he wrote the “weird, unsettling, original, uneasy film” reminded him “of the best of Kubrick” and how “Nicole Kidman shines in her role of mother and wife, in the same abstract tessitura as in ‘Eyes Wide Shut.'”

He also compared “The Florida Project” to Luis Buñuel’s “The Forgotten Ones” and newcomer Bria Vinaite to rocker-turned-actress Courtney Love, writing that he hoped Vinaite will receive all that Love “deserved as an actress and very unfairly didn’t get to achieve.” But he saved his biggest complement for the film’s director.

“Possibly no other film this year breathes a reality as palpable as this one,” wrote Almodóvar. “Sean Baker is my bet for the future.” Early this month, Almodóvar told the Spanish film website Otros Cines Europa that Luca Guadagnino’s “Call Me by Your Name” was the Best Film of the year, but for IndieWire he supplied his top ten films in no particular order:

Almodóvar’s appreciation of the films in his 800-plus word essay goes behind simple rankings or a list. It’s really worth reading what he wrote about each film. For example, here is what he had to say about Paul Thomas Anderson’s “Phantom Thread”:

“A real feast. Even though the author confesses his fascination for mysterious love stories, there are no clues to follow this masterpiece by P.T. Anderson. Every sequence is a surprise. This film is the portrait of a genius, of his egocentricity and his contempt for everything that isn’t related to his work, and of the wonderfully ordinary woman who manages to tame him. The three protagonists deliver masterly performances. And Jonny Greenwood proves himself as the best composer of the year. If it is true that Daniel Day Lewis says goodbye to acting with this role, he does so brilliantly. He nails this role.”

This Article is related to: Film and tagged Pedro Almodóvar, Phantom Thread, Sean Baker, The Killing of a Sacred, Year in Review 2017