OK, they're mainly showing off the don'ts. 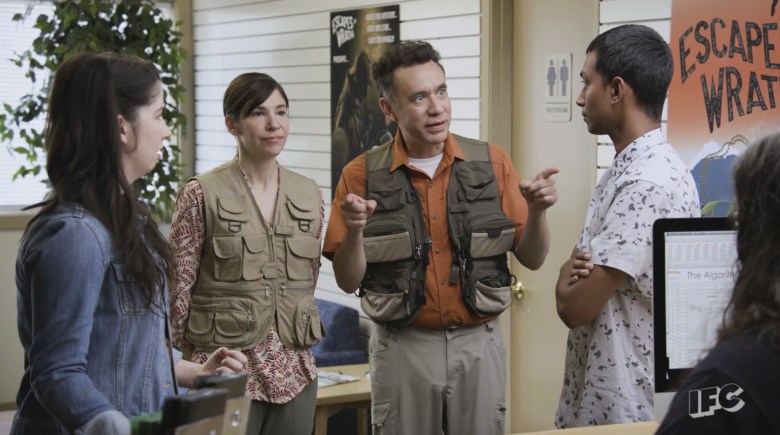 Kath and Dave are two of Carrie Brownstein and Fred Armisen’s most intense creations. Whether they’re trying to save the human race (after a local power outage) or going out for tapas (and dancing on the table), this couple doesn’t do anything half-assed.

In IndieWire’s exclusive video below, Kath and Dave team up with two strangers to work an escape room. Needless to say, they’re not the best team players, though one could argue their intensity only helps in the end.

The video below is not only a new look at the final season, but the second in a series of videos premiering before the Season 8 debut. IFC and IndieWire are partnering to bring you exclusive sketches from “Portlandia” Season 8. Over the next six weeks, IndieWire will debut a new sketch from the final season, leading to the Season 8 premiere on January 18.

This week’s sketch comes from Episode 3, “No Thank You,” and stars both Fred Armisen and Carrie Brownstein. The full episode airs February 1 at 10 p.m. ET.

Season 8 will consist of 10 episodes and air every Thursday on IFC. Come back to IndieWire every Monday for a new sketch as excitement builds for the final season. Watch the second sketch below.

This Article is related to: Television and tagged Fred Armisen, IFC, Portlandia