"My beef is really with all the people who are complicit," the actress told the group of women who have gone on the record about Harvey Weinstein, Louis C.K., John Hockenberry, and Donald Trump. 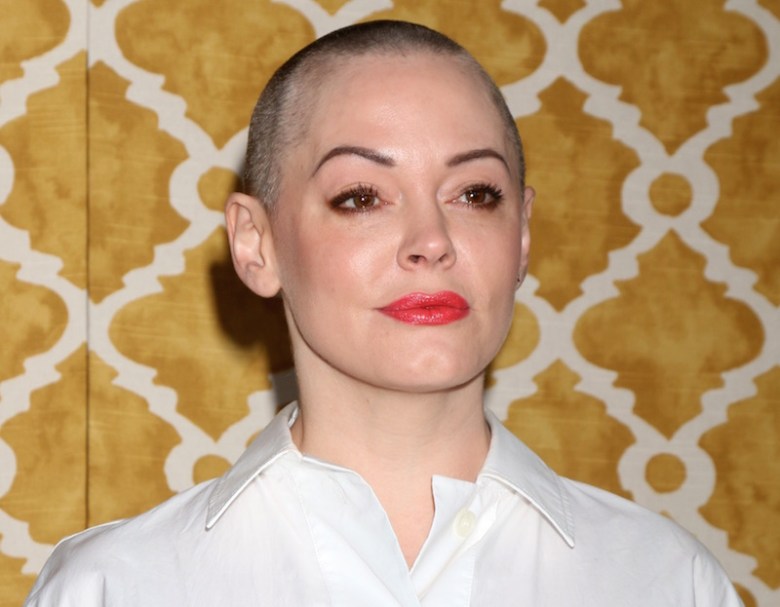 In a video discussion filmed by The Cut, actress and activist Rose McGowan led a discussion with an impressive group of seven women who have spoken on the record about their experiences with sexual assault at the hands of Hollywood elites and Donald Trump. The candid dialogue covered a wide range of topics, including the culture that enabled their abuse to go unchallenged, the power of anger, and whether or not real change is possible. “My beef is really with all the people who are complicit,” McGowan said, later adding a challenge for the media to “stop using the word alleged.”

Rebecca Corry, an actress and comedian who was one of five women quoted in The New York Times piece on Louis C.K.’s sexual misconduct, said the comedy world has a lonn way to go until real change is felt. “I’m not sure I feel [change] in the comedy world,” said Corry. “What has infuriated me…is all the people who 100% knew…yet…are so far up his ass, they can’t just admit it. I’m not saying people need to denounce this individual’s talent, or denounce their friendship, but what they need to do is acknowledge what he did and that it is wrong.”

“Revolutions happen, it’s actually up to a few brave people, and then it tips,” said author and Princeton journalism professor Suki Kim, who was harassed by WNYC radio host John Hockenberry and broke the story about his abuse. “I think that it can tilt, but it does depend on a few people.” Kristen Meinzer, who was interviewed for Kim’s piece, added: “I just want to do what I’m good at, do my work. Let women do their work.”

Corry praised Sarah Silverman for a statement she made about C.K., noting that there are no examples for how bystanders might handle rumors or allegations when they do come up. “These people that do this victimize everyone,” she said. “I saw Sarah Silverman’s statement, and that is what she felt she was capable of doing. I’m glad she even acknowledged it. There are friends that are put in really horrible positions…they need to be given the tools…to handle it. That was a good starting template.”

McGowan acknowledged that Hollywood has a long way to go, especially given the types of roles that are written for women, and that they are mostly written by men. “I had to stop acting because I was like — ‘Why am I leaving my body and my mind to have a two dimensional being take over for this man’s idea of what I can be?,” said McGowan. “I mean, it’s pretty meta that for 17 years everything that came out of my mouth was something largely a man wrote for me to say.”

Watch the full discussion below:

This Article is related to: Film and tagged Rose McGowan, Sexual Assault