McGowan has some major issues with the anti-sexual harassment protest that's set to take place at the Golden Globes this year. 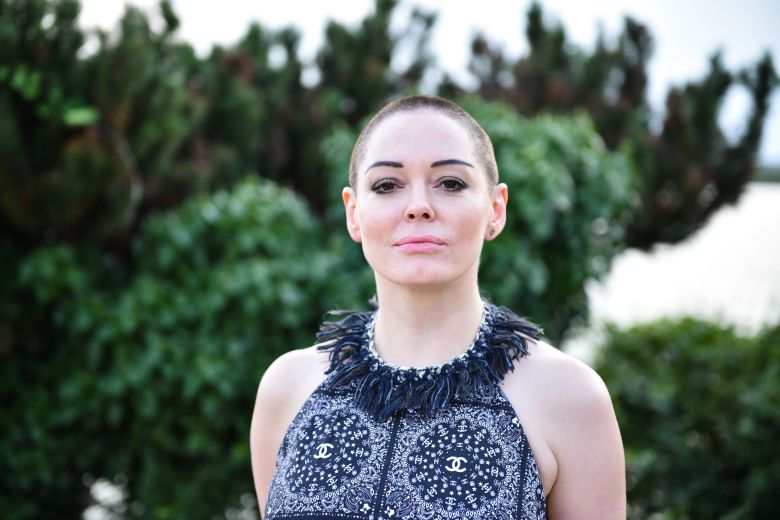 Rose McGowan is criticizing Meryl Streep and other Golden Globe-nominated actresses who are set to wear black at this year’s ceremony in protest of Hollywood’s sexual harassment and abuse problem. PEOPLE reported the plan on December 14, noting that stars such as Streep, Emma Stone, and Jessica Chastain were all expected to take part in the protest.

McGowan addressed the matter on Twitter, saying, “Actresses, like Meryl Streep, who happily worked for The Pig Monster, are wearing black [at the] Golden Globes in a silent protest. Your silence is the problem. You’ll accept a fake award breathlessly and affect no real change. I despise your hypocrisy. Maybe you should all wear Marchesa.”

The Marchesa line refers to Harvey Weinstein’s wife, Georgina Chapman, who is the co-founder of the fashion company. McGowan has been at the forefront of the current fight against Hollywood sexual harassment and abuse. She broke an NDA agreement to accuse Harvey Weinstein of rape in October, and she has used her social media pages to amplify the voices of victims.

Actresses, like Meryl Streep, who happily worked for The Pig Monster, are wearing black @GoldenGlobes in a silent protest. YOUR SILENCE is THE problem. You’ll accept a fake award breathlessly & affect no real change. I despise your hypocrisy. Maybe you should all wear Marchesa.

McGowan’s tweet calling out Streep would hardly be the first time the actress has called out others by name for either being complicit or remaining silent on the sexual harassment issue. Earlier this month, McGowan tweeted that Alyssa Milano made her want to vomit because she has remained friends with Chapman despite speaking about her own history with harassment herself.