"GLOW" earned a nomination in every comedy series slot while "The Deuce" was shut out of all drama categories. 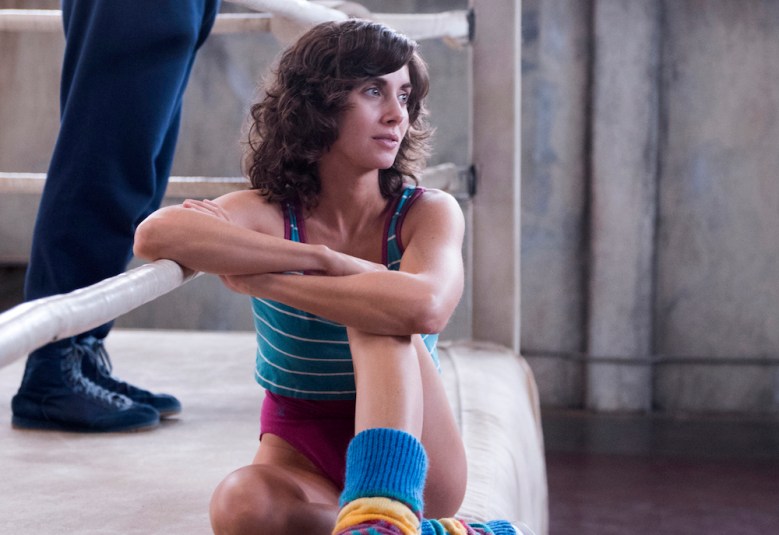 Niecy Nash and Olivia Munn unveiled the 2018 SAG Awards nominations with casual bursts of joy and humor Wednesday morning, and the list of TV nominations seems to reflect their devil-may-care attitude. There were plenty of sweet surprises and thus plenty of stunning snubs.

From series that performed beyond expectations — like “GLOW” and “Ozark” — to shows that somehow didn’t make the cut — like “The Deuce” and “Fargo” — the TV nods require a bit of breaking down to make sense of it all.

Below, we’ve compiled a list of shows and performers that had their expectations dashed, and others who got the one good surprise phone call so early in the morning. These are the snubs and surprises of 2018: “The Deuce”: David Simon and George Pelecanos’s HBO drama was a strong contender for ensemble and both lead categories, but the series, James Franco, and Maggie Gyllenhaal were all left off the list. HBO is still in two of the three drama races thanks to “Game of Thrones,” but it’s hard to believe these fresh performances didn’t make the cut.

“Will & Grace”: Sean Hayes grabbed an acting nod, but the series and the rest of the cast were kept off the list. Though one nomination is good, it’s far from what the popular NBC sitcom could’ve pulled off.

“The Marvelous Mrs. Maisel”: The Amazon series better make the most of its Golden Globes nominations since it didn’t take with the Screen Actors Guild. Perhaps not enough buzz had built in time for all the voters to lay eyes on this one.

Milo Ventimiglia, “This Is Us”: Sterling K. Brown continues to dominate the awards circuit, as Ventimiglia couldn’t get any more traction going after snagging an Emmy nod earlier this year.

Chrissy Metz, “This Is Us”: Metz has been nominated for two Golden Globes and an Emmy for her turn in the NBC drama, but she can’t quite crack the SAGs.

Ann Dowd, “The Handmaid’s Tale”: The Emmy winner and Golden Globe nominee came up just short of the trifecta. Dowd will be OK, though. She’s broken through in a big way this year and will be on everyone’s radar in and out of the industry from now on. Tracee Ellis Ross, “Black-ish”: After winning the Golden Globe last year, Ross was shut out from the race this year, and her bad luck continued at the SAG Awards. She’ll be part of the “Black-ish” ensemble nominees, but many thought this was her year to bust into the individual category.

Ted Danson, “The Good Place”: Granted, the SAG Awards began after “Cheers” ended, but it’s still absurd that Danson only has one nomination (for “Knights of the South Bronx” in 2006). And that his diabolically gleeful turn on “The Good Place” hasn’t been acknowledged remains the forking worst.

Tituss Burgess, “Unbreakable Kimmy Schmidt”: After snagging his first nomination last year, Burgess is already out of the hunt. Competition is as fierce as Titus’ Beyonce video.

Ty Burrell, “Modern Family”: The seven-year streak is over. Burrell, who won in 2014, had been nominated for seven of the eight “Modern Family” seasons, but the ninth just didn’t make the cut.

Kyle MacLachlan, “Twin Peaks”: Odds seem high that simply not enough voters gave David Lynch’s mind-bending Showtime revival a chance to get MacLachlan on the list. His Globe nomination will have to suffice.

Jude Law, “The Young Pope”: The dope pope ain’t dope enough for SAG voters. Law’s impeccable turn as Lenny from the beginning of the year apparently didn’t leave enough of a mark to be remembered in December.

Ewan McGregor, “Fargo”: McGregor couldn’t become the second “Fargo” actor to be nominated for a SAG, so Billy Bob Thornton stands alone for one more year (at least).

Carrie Coon, “Fargo”: Technically, Coon was unjustly snubbed for “The Leftovers” as well, but voters shouldn’t have the excuse of not watching “Fargo.” This one should be on everyone’s radar. “GLOW”: Netflix continues to dominate the SAG Awards, and its instantly beloved comedy led the pack. “Stranger Things” snagged three spots, but “GLOW” has more SAG nods this year than “The Crown,” “”Game of Thrones,” and “The Handmaid’s Tale” — not to mention the most of any comedy.

Marc Maron, “GLOW”: The key to completing the trifecta, Marc Maron’s lovable turn as the leader of the Gorgeous Ladies of Wrestling is a deserving inclusion and a welcome surprise.

Jason Bateman, “Ozark”: “Ozark” didn’t quite crack the ensemble — but it had to be close, given the popularity of Bateman, Linney, and breakout Julia Garner — but Bateman asserted himself as a serious awards player with this nod. Voters at SAG and elsewhere have always liked him as a comic actor, but they’re digging his serious side, as well.

Laura Linney, “Ozark”: How a three-time Oscar nominee, two-time Golden Globe winner, four-time Emmy winner, and former SAG winner is an underdog is kind of astounding, but that’s how tight the drama acting race was; never mind, though, because she’s in.

Jeff Daniels, “Godless”: Perhaps the most indicative illustration of Netflix’s power at the SAGs is Daniels’ nomination. Yes, he delivers a commanding turn and is more than deserving of a nod, but “Godless” only came out less than one month ago and yet enough voters saw it to push Daniels through. So it raises the question: Do they like him more than, say, Rachel Brosnahan in Amazon’s “The Marvelous Mrs. Maisel,” or are more voters simply watching Netflix?

David Harbour, “Stranger Things”: Apparently that speech last year paid off even more than we thought.

This Article is related to: Awards and tagged Fargo, SAG Awards, The Deuce