Showalter directed both of this week's episodes, which prominently featured guilt-induced hives and a terrifying rooftop scene. 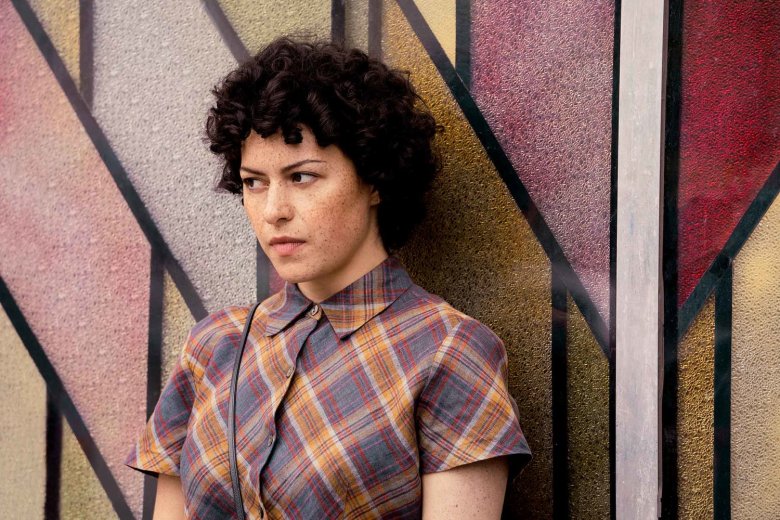 When your season of television begins with a murder, one of the biggest challenges is finding a way to go forward. “Search Party” reached a boiling point with its two episodes this week, with multiple characters coming to terms with their involvement in the incident that’s fueled a season-long desperate attempt to hide the truth from the world and themselves.

Series co-creator Michael Showalter stepped behind the camera was behind the camera for this week’s pair of installments, because they’re a pivotal step for him and fellow co-creators Sarah-Violet Bliss and Charles Rogers in expanding the world of the show farther than it’s ever been before.

“What’s appealing is to be given the latitude to just imagine what would happen, and then be able to do that,” Showalter said in a recent interview with IndieWire. “We allowed ourselves to imagine what we believed would happen next, and that is what Season 2 is, versus if we were like ‘Scooby-Doo,’ every episode has to be the Scooby-Doo gang solving a crime together in a car. So I think we, as writers, appreciated the freedom to just kind of let our minds go wherever, and take these characters wherever we felt like they wanted to go.”

Dory’s (Alia Shawkat) particular reckoning with her part in the murder led to one of the series’ most harrowing sequences yet. In the middle of reaching a personal breaking point, she imagines herself jumping off the roof of a building. Showalter explained that the scene presented a particular set of challenges, but that Shawkat came more than ready.

“Alia had done her homework and was prepared to do that scene. So I didn’t need to coach her at all,” Showalter said. “I notice in this season, even more than in the first — and in the first, she was amazing — she really, really took on the challenge of telling a story with her character throughout the 10 episodes. She seemed prepared to do that. There’s nothing more I could have offered her. She did the internal work herself.”

For a season that’s really been geared to immerse viewers in the experiences of Dory, Elliott (John Early), Drew (John Reynolds), and Portia (Meredith Hagner), Showalter found that this particular scene managed to draw some of its power from the shooting environment itself.

“I wanted that scene to feel dangerous on some level. I wanted the audience to feel like we were up on that roof with her. It was a late night and we were all attached to that roof by harnesses, up there with heavy camera equipment and stuff. So it felt dangerous,” Showalter said. “It was one of those moments where the actual location I think gets you into it a little more. It really felt real.” That sequence is another example of how the show has been able to utilize both the grounded real-life trauma of going through this group ordeal while still acknowledging the surreal ways that the psychological toll manifests itself for the people at its core.

“I don’t think we’re needing the audience to feel like you never know if what you’re seeing is real or imagined by Dory. It’s real. She’s having momentary sort of delusions, but it’s not a kind of thing where like, ‘Is this whole thing a dream?’ We’re not doing that. That’s not what we’re doing,” Showalter said.

Of course, for other characters, those insecurities manifest themselves in distinctly different ways. Elliott’s rashy hives are making his guilt even more outward (Showalter likened that specific development to “The Picture of Dorian Gray”), while Drew is grasping on to whatever solace he can find now that he and Dory have been driven apart.

“They’re kind of looking for answers in the universe. They’re not finding the answers on Earth because people are so horrible,” Showalter said. In the world of ‘Search Party,’ there’s nowhere to go for any of these characters where they can be safe. There is no warm fuzzy place for any of them to go. Dory and Drew had each other, and then she destroyed that. They had something safe, and something pure, and she betrayed him.”

“Search Party” Season 2 has also become timely in a converging pair of ways. Sunday’s pair of episodes brought us our strongest glimpse yet at the Charles Manson play that Portia now finds herself tied up in. Jay Duplass’ unnervingly manipulative director character is not only a mirror of headlines that have bubbled to the fore in recent months, he’s an extension of an idea that Showalter explains that the show has wanted to engage with from the start.

“With Jay’s character, we were thinking about Charles Manson. There’s a cult in Season 1, and this is another kind of cult. It’s a cult of personality. They’re doing this show about Charles Manson, and then this director is himself kind of a cult leader, and [Portia]’s falling under his spell,” Showalter said.

Part of Duplass’ character was not simply showing the corrupting nature of power, even in the artistic world, but trying to dig down into what causes it.

“I think all of us, for me, and Sarah, and Charles, and all of the writers, we talk about narcissism all the time in the writing of this show. I think we are all fascinated by narcissism, because they behave in ways and do things that normal people don’t do. A lot of these people we’re hearing about in the news exist in some other universe, where they’re making up the rules as they go,” Showalter said. “And there’s something perversely fascinating about that, these people that don’t seem to have a conscience. Basically, they don’t seem to have the ability to know what it feels like to be another person who’s not themselves. So I think with these characters that we put in that position, we’re sort of exploring the power that they do have over people, and their willingness to use that power for not good things all the time.”

At the end of the day, however dire these characters’ situations can be at times, “Search Party” is still a comedy. When alluding to what might come in the weeks ahead, Showalter emphasized his pride in the show’s ability, through the work of Bliss, Rogers, and others, to still keep people laughing.

“I just think the characters really go on an interesting journey in this season, just as they did in the first season. One of the things I’m proud of and continue to be proud of is that in spite of how dark and bleak some of it is, this show is still really funny,” Showalter said. “At its core, we do see ourselves as a comedy. I feel like it’s funny in its own very unique way. I think that, given the circumstances of where these characters are, I feel like that was sort of the hardest needle for us to thread this season, was like, ‘How are we going to find humor in all of this?’ But I feel like we did.”