The director envisioned a "hyper-feminine" visual language to subvert expectations of the film's dark twist. 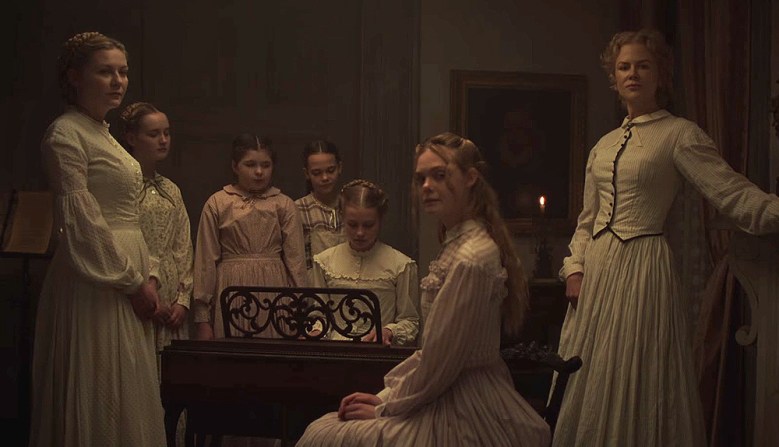 In Sofia Coppola’s lush Southern folktale-turned-thriller “The Beguiled,” danger lurks beneath everything pretty. The grandiose manor house, the romantic porch front, and the lace-lined pillows all hold their own pristine mystery. When a wounded Union soldier (Colin Farrell) is taken in by the girls of Miss Martha’s (Nicole Kidman) boarding school, he puts their Southern gentility to the test by ensnaring each in her own special way. Jealousy and possessiveness take hold, and the Corporal’s presence becomes as menacing as it once was enlivening. The film competed for the Palme d’Or at this year’s Cannes Film Festival, where Coppola became only the third woman to ever win best director. Hearing her discuss her aesthetic vision in this IndieWire Awards Spotlight interview, it’s not hard to see why.

“The male-female dynamic is at the root of it…there’s always a mystery in the communication between men and women, and the power struggle that’s at the root of it,” said Coppola. Beloved and respected for movies such as “Lost in Translation” and “The Virgin Suicides”, she had her pick of A-list actors. After working with Elle Fanning when she was a child, Coppola was thrilled to see her take on “the naughty teenage one.” Kidman was an obvious choice for Miss Martha, said Coppola, “with all her twisted humor.”

Casting the Corporal was a tougher choice, one she spent many months deliberating. When she finally settled on Farrell, she said: “He was complicated enough to believe they would be intrigued by him, and he was man enough to lie on lace pillows and let the women be in charge.”

Aesthetically precise and gorgeously shot, Coppola communicates the film’s unsettling tone with a breeze through the trees or the light of a candelabra. “Visually, it was this hyper feminine world of the Southern ladies, and it was so not threatening,” the director said. “When he comes in, it looks like he’s really scored — he’s in heaven with these soft pillows and flowers. You don’t see the shift that it…turns into his demise.”

This Article is related to: Awards and tagged Awards Season Spotlight, Sofia Coppola, The Beguiled