Captain Phasma herself has a huge soft spot for the bird-like creatures, and she's not shy in explaining why they're so special. Hint: It's all about Rian Johnson. 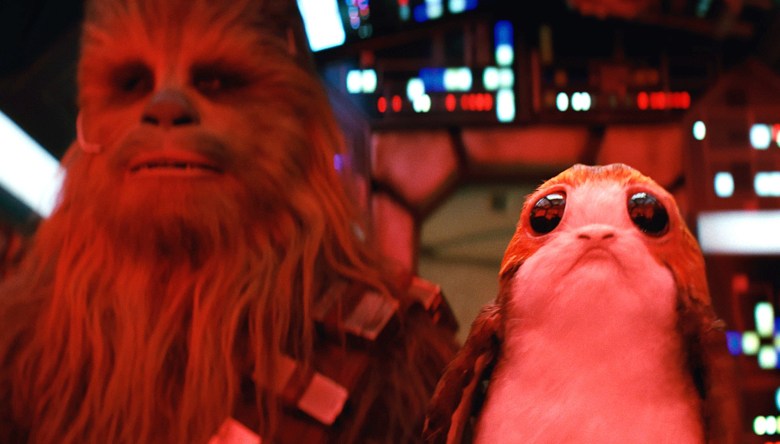 Porgs! What are they? While the newest creatures to join the “Star Wars” universe have gotten plenty of buzz since first debuting via a quick shot in a behind the scenes video unveiled in July at Disney’s D23 event, speculation is still running high as to their actual nature and necessity. Although further looks at marketing materials have made it clear that the seabird-like animals form some kind of bond with Chewbacca during the course of the Rian Johnson-directed feature, whether or not they will go the way of lauded sidekicks like C-3PO and R2-D2 or be maligned misfires like Jar Jar Binks or literally anyone introduced via “Holiday Special” remains to be seen.

But “Star Wars: The Last Jedi” star Gwendoline Christie, who returns to the series for her second outing as the fearsome Captain Phasma, has her own ideas about all of that. While some of her co-stars are split on their adoration for the puffin-inspired creatures — John Boyega has roundly denounced them, while newbie Kelly Marie Tran is so charmed by them that she fashioned her own Porg costume for Halloween — Christie’s devotion is pure.

When recently asked by IndieWire her stance on the growing Porg debate, Christie was clear: “pro-Porg! A hundred percent pro-Porg.”

Her love stems from a very real place, too. “When I look at a Porg, do you know what I think it is? I think it is a manifestation of parts of Rian Johnson’s soul,” she said. “And for that reason, I love the Porg. If I hear anyone saying that they’re not into the Porg, I get incredibly defensive. That’s just what I’m projecting. I feel like it’s an element of his soul, and they are beautiful creatures.”

As far as any kind of Ewok similarities? Christie is down with those too, and the life-long “Star Wars” fan still can’t quite understand why such comparisons would be a bad thing.

“How can anyone not have fun with an Ewok? I love the Ewoks so much,” Christie said. “I had so many Ewok toys and I look forward to hopefully, hopefully being ravished with Porg.”

As Johnson explained to Yahoo! earlier this year, he was initially inspired to make the creatures when he began filming on the Irish island of Skellig Michael, which stands in as Ahch-To, the site of the first Jedi Temple and Luke Skywalker’s long-time hideout. The small island has lots of interesting wildlife, including puffins, who are the most obvious real-world equivalent of the Porgs.

“I was like, ‘Oh, this is part of the island, we need to find the ‘Star Wars’ version of this,” Johnson told the outlet. “And then just story-wise — not that they play a big part in the story — but I knew I wanted to find any source of comic relief I could on the island. And so they were very useful in terms of that.”

And they’re also adorable (well, as far as we know…for now).