Snowmobiles, rocket launchers, and planes falling from the sky aren't what you'd expect from your typical family comedy, but "The Detour" is not that. 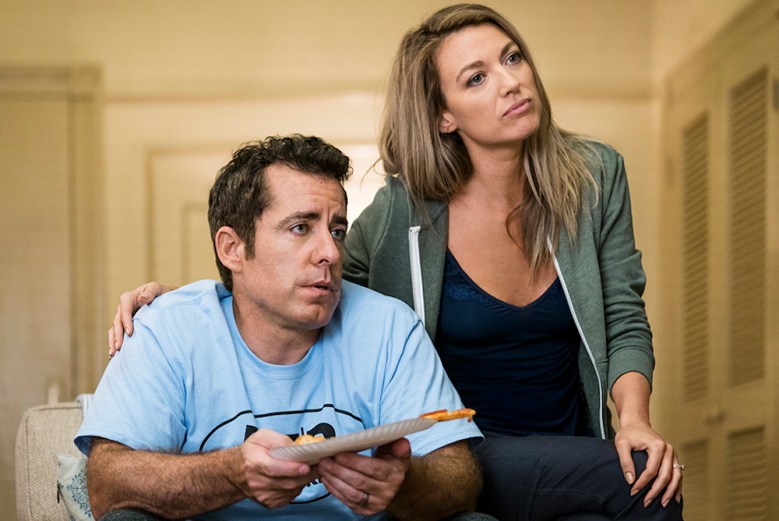 “The Detour” began as two parents recounting a disastrous road trip, but what happens when the road runs out? That’s what Season 3 of the hilarious TBS comedy is all about, as the Parker family finally stops running and settles down.

In the first trailer for Season 3, Nate (Jones), Robin (Natalie Zea), and their two kids (played by Ashley Gerasimovich and Liam Carroll) try to make a home for themselves in small-town Alaska. Spurred on by a mishap involving a snowmobile and a lake — more of a “final straw” kind of deal — the Parkers still can’t slow down while trying to settle down, and the 10 new episodes look just as wild as the first 20.

“The Detour” debuted on TBS in 2016 to solid reviews and has steadily proven itself to be one of the most surprising, satisfying, and unique family comedies on television. Jones’ deft blend of outrageous comedy — including a number of already legendary physical gags — and heartfelt connections makes for a stirring weekly experience and one helluva binge-watch (if you wait).

Season 3 recently premiered at the New York Comedy Festival and will make its broadcast debut Tuesday, January 23 on TBS. Read the full Season 3 synopsis below:

Created, written, and executive produced by Jason Jones and Samantha Bee, “The Detour” is an all-too-honest look at the family dynamic. Jones stars in the acclaimed comedy with Natalie Zea, Ashley Gerasimovich, Liam Carroll, Daniella Pineda, and Laura Benanti.

Season 3 finds the Parkers on the lam in Alaska. After months of running, the family finally finds a community of misfits and decides to settle down and start rebuilding their lives. But they’re not out of the woods, as the law isn’t far behind. While Nate and Robin learn to take on new roles in the family, Delilah starts to become a young woman. And Jareb…well, he’s still Jareb. Well-intentioned, bad parenting is at its best in the Land of the Midnight Sun.

“The Detour” Season 3 premieres Tuesday, January 23 at 10:30 p.m. ET on TBS. Watch the trailer and check out the official poster below. This Article is related to: Television and tagged Jason Jones, TBS, The Detour