The second film in the newest trilogy shines its brightest light on compelling and complex female characters, from Rey and Leia to Rose and Captain Phasma — and many more. 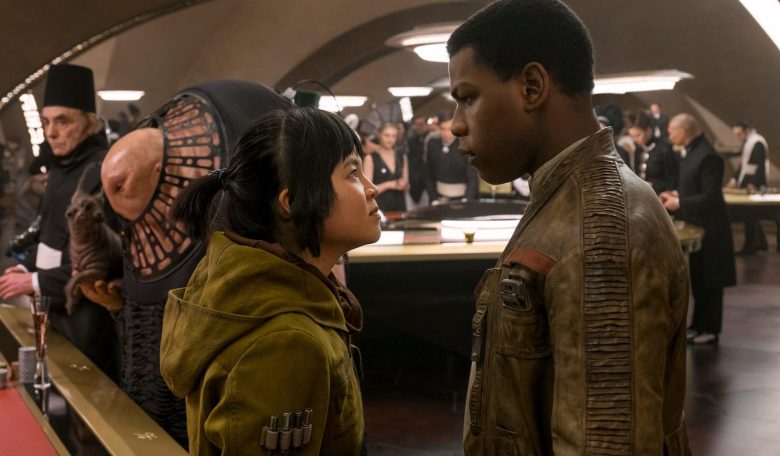 Life-long “Star Wars” fan Gwendoline Christie still remembers asking her mother if she could ever star in one of the seminal sci-fi features when she was just a kid. Christie wanted to live in that universe, alongside characters like Carrie Fisher’s Princess Leia, the kind of woman even a youngster could recognize as being unique in the movie world. “I remember thinking, ‘Oh, I love her. She feels different. She feels like she won’t be told what to do. She’s really intelligent, and she’s smart, and she’s wickedly funny, and she’s really bold, and she’s brave,'” Christie recently told IndieWire.

And she thought to herself: “Well, yeah, and there’s not enough characters like that.”

It was a dream made all the more improbable by the fact that, for all intents and purposes, the original trilogy spelled the beginning and the end of the franchise. Fortunately for Christie and other fans like her, the saga continued, this time armed with a steadily growing cadre of exciting and unique female characters, of which Christie is now just one of many.

A Galaxy of Stars

First cast as the fearsome Captain Phasma in J.J. Abrams’ “Star Wars: The Force Awakens,” Christie is back for more space-set action in Rian Johnson’s follow-up, “Star Wars: The Last Jedi. While “Star Wars” has long had space for interesting female characters – from Princess Leia to Queen Amidala, Rey, and Jyn Erso – they’ve never been the majority. That’s changed, and the latest film shows off an enviable batch of female talent, all of whom are cast as very different leading ladies.

Among them: Newbie Kelly Marie Tran, who joins the series as brand-new character Rose Tico, a member of the Resistance who teams up with John Boyega’s Finn. While Tran didn’t grow up a fan like Christie, once she started boning up in the franchise, she said she was thrilled to find that the series had a history of inclusivity.

“There’s so many people that love it, and have loved it for generations,” Train said. “It has done so much in terms of female roles, in terms of roles for people of color, and I think that that’s incredible.” Johnson’s film includes a number of compelling roles for women, including Tran’s plucky Rose, her badass pilot sister Paige (Veronica Ngo), Christie’s malevolent Phasma, the legendary Vice Admiral Amilyn Holdo (Laura Dern), Billie Lourd in an expanded role as Lieutenant Connix, Hermione Corfield as Blue Leader pilot Tallie Lintra, Lupita Nyong’o back as wise Maz Kanata, and a slew of other members of the Resistance that are present at every stage of the story. That’s to say nothing of both Daisy Ridley and Carrie Fisher, who continue to lead the saga into the future with a firm nod to the past.

“I’m so thrilled that Disney have decided with ‘Star Wars,’ the most beloved series of films, one of the most beloved series of films in the world, to reflect the society we live in more,” Christie said. “What we’re hearing is that people want to see themselves reflected in their entertainment, because we’ve had a set of stories that’s felt fairly rigid, and not terribly imaginative about women in the past.”

It’s not just that “The Last Jedi” has roles for women, but that the franchise is pushing forward to include female characters that capture the kind of full spectrum often only available to male characters, from ethnic background to tradition-bucking personalities. With Rose, Tran is tasked with playing the first lead female character from an Asian-American background. And while she’s pleased to see that kind of diversity finally hitting the “Star Wars” screen, she’s more excited that Rose’s ethnic makeup doesn’t inform every aspect of her life, something she’s used to seeing in other scripts.

“If it was specific to ethnicity, it would just be a two-dimensional character,” Tran said of other roles that she’s been offered in the past. “This was the first thing that I fell in love with instantly in terms of being a real person. We’re in a different universe, but in terms of being a three-dimensional character and someone who’s dealing with a lot of things that’s not specific to your ethnicity.”

Tran is hopeful that characters like Rose — and franchises like “Star Wars” — can continue to steer the conversation to a place where diversity is a given.

“I am so proud that I get to be this person [who] is representing something for people that may have not seen themselves in a movie like this before,” Tran said. “I would love for us to be having a different conversation, because I would love for so many Asian-Americans to be in every film franchise that it’s just normal. We’re still working towards that, so I’m excited to be part of that change.” In a fantasy world divided by the dark and the light, Christie is similarly excited that Phasma is allowed to occupy the kind of villain role normally reserved for men, one whose character arc is wholly independent of typical gender expectations.

“Conventionally, it’s not common for us to see a female character that has violence coming from deep within her,” Christie said. “It’s something that feels forbidden in our society, that that’s not the way that women are to behave, and so to have a character that is unashamed of that, that that is what’s motivating her, I feel very excited by.”

“It’s kind of no secret that women have been relegated to roles of the mother, or the girlfriend, or not the lead character,” Christie said. “What I love about these ‘Star Wars’ films is that we’re seeing female characters who are not just strong, they’re not just behaving like men do. That’s not what equals strong. The reason the characters are strong is that they’re multidimensional.”

Still, for Christie and Tran, there’s nothing quite like the franchise’s original princess (now, of course, general), and both were understandably emotional when it came time to tout Fisher’s final performance as her beloved character, one that remains indelible because of what Fisher brought to the role, even off-screen.

“The good thing about Carrie is that she’s still immortal and always will be, and nothing can change that,” Tran said. “Not only because she was Princess Leia, but also because of who she was a human being, and how she was so brave about being who she was.”

Even better, Christie expects that “The Last Jedi” and the rest of this stage of “Star Wars” will do for young viewers what it did for her when she was just a little dreamer.

“Think about new generations of kids growing up with ‘Star Wars’ and what they’re going to see, the way that I saw Carrie Fisher and I saw what felt like a new kind of woman,” Christie said. “The idea that more generations of women growing up with these more inclusive characters, it’s really thrilling to me, because it means that people’s consciousness in terms of how they perceive human beings can expand.”