Williams was paid less than 1% the amount that her co-star earned. 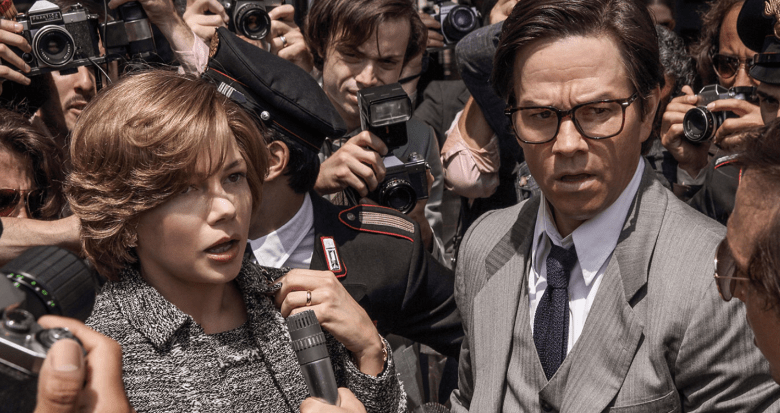 Hours after reports started breaking that Mark Wahlberg earned more money than Michelle Williams for the reshoots on Ridley Scott’s “All the Money in the World,” USA Today confirmed the rumors by revealing that Williams made less than $1,000 for her work on the reshoots while Wahlberg walked away with a $1.5 million payday. Those numbers mean Williams was paid less than 1% the amount that her co-star earned.

“All the Money in the World” producers originally stated that the actors all agreed to be paid modestly for the reshoots. The reason Williams and Wahlberg were expected to take a pay cut was because director Ridley Scott was only filming the reshoots in order to replace accused sexual abuser Kevin Spacey with Christopher Plummer.

An early report from The Washington Post stated Williams agreed to a figure in the hundreds of thousands of dollars or less but that Wahlberg demanded more and received a six-figure salary.

In a December interview with USA Today, Scott said that Wahlberg and Williams “came in for free” and agreed to reshoot their scenes opposite Plummer for no money. Williams at the time said she didn’t hesitate to agree to the reshoots.

Three people familiar with the situation but not authorized to speak publicly confirmed to USA Today the actual reshoot salaries for Wahlberg and Williams. Film journalists and fans have reacted with outrage online following the revelation, noting that the entire movie falls on the shoulders of Williams. Many have noted that Williams even received a Golden Globe nomination for her work.

“Please go see Michelle’s performance in ‘All The Money in The World,'” Jessica Chastain tweeted after hearing the news. “She’s a brilliant, Oscar-nominated, Golden-Globe winning actress. She has been in the industry for 20 years. She deserves more than 1% of her male costar’s salary.”

Chastain is hardly the only person reacting in shock to the pay difference between Wahlberg and Williams. Many people have noted that both actors are represented by WME and are appalled the agency didn’t ensure Williams was paid the same as her co-star.

Please go see Michelle’s performance in All The Money in The World. She’s a brilliant Oscar nominated Golden Globe winning actress. She has been in the industry for 20 yrs. She deserves more than 1% of her male costar’ s salary. https://t.co/HIniew6lf7

I started this last night and now it has been confirmed by others. Michelle Williams paid under 1,000 and Mark Wahlberg paid 1.5m. Williams was told they were all donating their time for the reshoots. THIS IS AN EGREGIOUS GENDER PAY GAP. #paymichelle https://t.co/edORyoNkgf https://t.co/red4f2LQF4

Re: this quote from Michelle Williams. Women and people of color and queer people are conditioned to play nice and work for the collective good over and over again. And then it’s their fault when it turns out they were swindled.

Michelle Williams is a captivating, brilliant talent. Her willingness to take 1k to fix the film is wholly honorable. Why didn’t @WME protect their client? Because they were too busy leveraging her shitty deal to get Wahlberg more money. Wahlberg packaged Entourage at WME.

This is outrageous: Mark Wahlberg was paid $1.5 million for reshooting his scenes in All the Money in the World, while Michelle Williams was paid an $80 per diem totaling less than $1,000. https://t.co/qk6yclx6fS

Michelle Williams was paid 1% of what her male co-star made on her latest film. This is totally unacceptable. https://t.co/xE5ZNqjcrA

Michelle Williams is one of the best actress working right now. It makes me furious that her talent is undervalued in this way. #EqualPay https://t.co/Tk5t9iDQd0

According to Sony itself, Michelle Williams is the film’s lead actress; Mark Wahlberg is a supporting actor. And the same agency, William Morris, represents both of them. Not good.

Mark Wahlberg should have had to pay $1.5 million for the privilege of acting opposite Michelle Williams https://t.co/7PgKcxukoG

Michelle Williams: nominated for four Academy Awards and a Tony, winner of a Golden Globe, has starred in 2 Best Picture nominees
Mark: Wahlberg

Lot of lessons here. Always know your worth, being among them. I’m not blaming Michelle Williams at all, but this is why women should never feel guilty about being demanding. https://t.co/GngsvkN82d

Cool that WME negotiated $1.5 million for Mark Wahlberg but only $80/day for Michelle Williams https://t.co/RNpYqsPzvB

This Article is related to: Film and tagged All the Money in the World, Mark Wahlberg, Michelle Williams