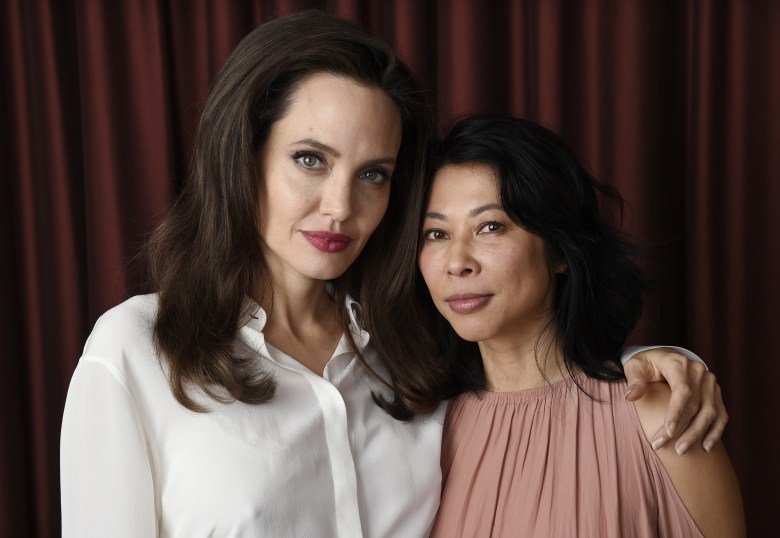 “First They Killed My Father,” Angelina Jolie’s gripping drama about a child surviving the Khmer Rouge, is the actress-turned-director’s finest film to date. The movie was rejected by the Oscars, receiving no nominations, though it was Cambodia’s official entry for Best Foreign Language Film — a fact that in no way diminishes the artistry and power of the film Jolie crafted from Cambodian author and activist’s Loung Ung’s best-selling memoir of the same name. The story had deep personal resonance; Jolie’s son, Maddox, is Cambodian by birth. The director said she felt a great responsibility to get the story right — not just for her son, but for all Cambodians.

“The majority of our crew were survivors… So everybody was affected,” Jolie said. “It could be traumatic, or it could be cathartic, and we insisted it would be cathartic. It had to not be easy. Because we were fighting to make something that mattered, so it had to be a little difficult.”

The story follows Ung’s brutal childhood surviving the deadly Khmer Rouge in 1970s Cambodia; Ung adapted the script from her memoir. “[She] made it safe…for everybody to have their moments,” said Ung. “There were times we had to stop shooting, because people were suffering from post-traumatic stress, and Angie was great.”

Even if Jolie did not get the Oscar nod she was hoping for, “First They Killed My Father” was warmly received, and went a long way toward marking Jolie as a director with vision and skill. Not only is the movie an enormous accomplishment for a woman who wears many hats in Hollywood, but it’s a tale close to her heart. “This movie’s about family…It’s how warm it is, and what it means to have a family, and how that forms us, and how that helps us heal and survive.”

This Article is related to: Awards and tagged Angelina Jolie, Awards Season Spotlight, First They Killed My Father