The "Call Me By Your Name" star plays a much different role in the first film from director Boots Riley. 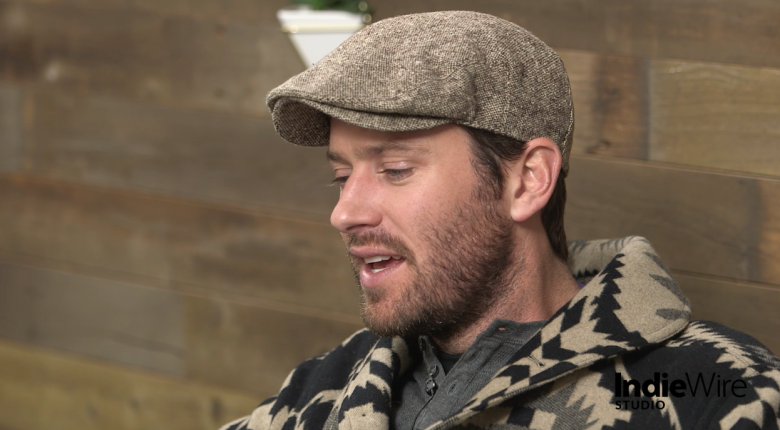 To explain Boots Riley’s new film “Sorry to Bother You” is a daunting task (IndieWire’s Eric Kohn takes a stab at it in his review), but Armie Hammer has a solid, surprising idea of who his character in the film is.

Talking at the IndieWire Sundance Studio presented by Dropbox, Hammer explained what made the role a particular and exciting acting test.

“It’s a guy who doesn’t consider himself a fanciful, crazy character. He is 100% enmeshed in his own reality and believes that what he’s doing is totally logical,” Hammer said. “And so the more illogical and crazy it is, the bigger a challenge it is to take on that role and be like, ‘No, this guy makes a lot of sense.'”

“Sorry to Bother You” comes from first-time director Riley and stars Lakeith Stanfield and Tessa Thompson (who give stellar performances to complement their own complex characters). Steve Lift, Hammer’s out-of-left-field CEO with outrageous ideas about the future of industry, enters the picture later in the film; Hammer didn’t need much coaxing to take the part.

Armie Hammer returns to #Sundance one year after "Call Me by Your Name." He introduces his extreme #SorryToBotherYou character in our interview.

“Sorry to Bother You,” which also features Terry Crews, Omari Hardwick, Steven Yeun, Jermaine Fowler, and Danny Glover, is one of the 16 films in Sundance 2018’s U.S. Dramatic Competition.

IndieWire will be speaking with creators at our studio throughout the opening weekend of Sundance 2018. For more of our coverage of this year’s festival, see our annual Sundance Bible.

This Article is related to: Film and tagged Armie Hammer, Sorry to Bother You, Sundance