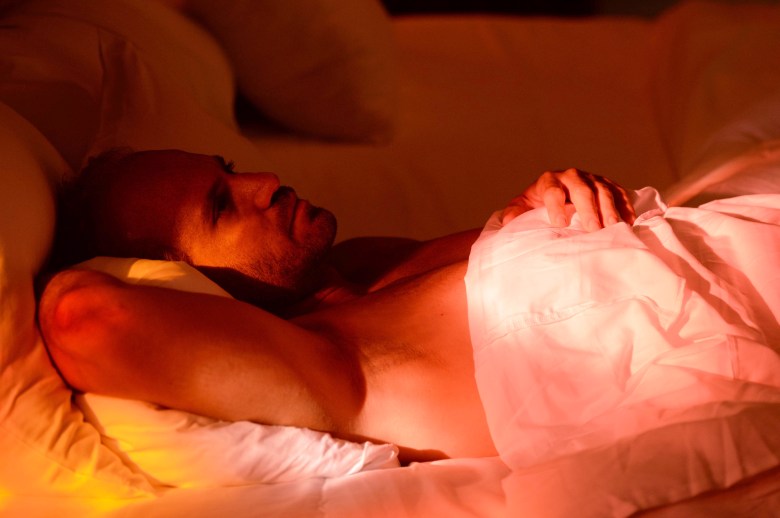 If the first time you ever heard the name “Versace” was in “Showgirls,” know that you might have missed a key layer of meaning behind the joke.

In the 1995 Paul Verhoeven film, young stripper Nomi (Elizabeth Berkeley) finds herself with some extra cash, so she buys a tight short dress from a Versace shop on the Las Vegas strip. You might think that the point of the bit is that Nomi reveals her trashy roots when she pronounces the name of the brand as “Ver-sase,” as opposed to its proper pronunciation of “Ver-sa-che.”

But according to “The Assassination of Gianni Versace: American Crime Story” showrunner Tom Rob Smith, it goes far deeper than that. “It’s not that someone classy doesn’t know it’s ‘Ver-sa-che,'” he told IndieWire. “Because that person wouldn’t be wearing Versace.”

Instead, the point is that an unclassy person not only doesn’t know how to say “Versace,” but would actively chose to buy a dress from his label. “And that’s the unfairness of it, because actually, I mean, his outfits were extraordinary,” Smith said. “He was adding sex, that’s true. But he was so skillful. I think it’s the misogyny, actually, about it, that, you know, if you add sex to a woman’s dress, that makes it not classy. I don’t know quite where that logic comes from.”

It speaks to just one of the underreported elements of Gianni Versace’s life that fascinates in this new installment of “American Crime Story.” As guided by Smith — a UK native who came to the attention of “ACS” producers Brad Simpson and Nina Jacobson after his critically acclaimed 2015 miniseries “London Spy” — the show digs into two lives: Versace (Edgar Ramirez), the designer behind some of the most daring fashion of the 1990s, and Andrew Cunanan (Darren Criss), the man who killed him. The show’s split focus means that there are a lot of competing elements in the first season, but one ongoing theme is the idea that the public perception of who Versace was has little relationship with the truth.

“His rise was very neat and tidy,” Smith said. “He started in Calabria, he went to Milan, and conquered the world from there. And it was just a series of steps… Just the most tenacious, driven, brilliant, out of the box thinking. Combining fabrics that have never been combined before. Combining materials that have never been combined before. Fearless of making a mistake. He would career off in one direction and then pull back another, and you fall in love with him.”

But Smith wasn’t in love with Versace before he started working on the series. “I don’t think I had a clear perception of him. I think, in a weird way, the perception was of the cliches,” he said. “Of his clothes and the stereotypes around his clothes, which are unfair and which have overwhelmed his name in a way that is sad. I don’t know quite whether he’s been understood. I think there’s a really interesting case to do a reconsideration of his life and his work.”

It’s a dark-hued tale due to Cunanan’s murder spree, in an era when so many stories featuring gay characters end up featuring a lot of death. But that’s something that Smith felt wasn’t just essential to “Versace” as a narrative, but also the general progression of gay-themed narratives.

“I write thrillers. And in thrillers, someone’s always in jeopardy and in danger. And I think, this is an interesting story because Cunanan was this complicated liar, this murderer, and this destroyer, and he was gay,” he said. Mortality, too, is an inescapable factor given the period setting. “The ’80s are a big part of the story. And people lost a lot of their friends in the ’80s and ’90s in the most horrific circumstances,” Smith said. “If you were making a story set now, to deal with AIDS or not is entirely up the writer, but it’s hard to see how it’s not part of that world in the ’80s and ’90s. It was overwhelming communities.”

Added Smith, “If you want quality, the quality means that some of your stories are going to be disturbing and jagged and not all just upbeat and positive representations of people. The next step in the evolution of equality is, ‘Oh, wait a minute. I want to see a gay ‘Revenant.’ You know, straight men didn’t come out of that feeling, ‘Wow, we got a really bad rap in that movie.’ But they do! They’re the worst people ever! They’re like murderers. They’re terrible! But straight white men are so secure in their identity, the thought didn’t even flicker through their minds.”

Ultimately, Smith is interested in telling character stories that don’t idealize gay lives, but celebrate their complications. “The icon is that [Versace] achieved these great things. But everyone is messy, and I love people’s mess. I love the complications of people.”

Versace’s complications are as much a part of the “American Crime Story” narrative as his successes, especially his health struggles and battles with sister Donatella Versace (played by Penelope Cruz). “The icon thing is interesting, but it doesn’t, to me, rule out that real complexity and sometimes darkness, too,” Smith said.

“No actors want to play just sort of nice people. It’s not interesting. Where do they exist? I don’t know, in the world. So I’m like, I don’t want that. Everyone I know is really complicated. I want the complicated people.”