Sundance's first-ever Episodic Section featured a slew of choice offerings; these seven series are ready for the next step. 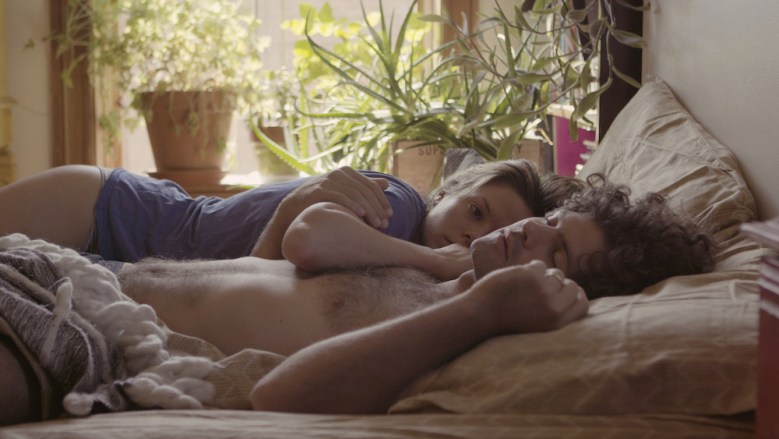 The inaugural slate of Indie Episodic entries are as diverse as the Sundance label traditionally implies. Kicking off with Steve James’ first docuseries “America to Me” (which sold to Starz the day of its premiere), there are short-form web series, an adult-orientated animated program, comedies, dramas, and plenty in between.

Attendees certainly found something to like in the array of choices, but there were a few universal stand-outs. Below, IndieWire has highlighted the best series — be it web series, pilots, or foreign shows — that still need distribution. As many eyeballs as possible deserve to see these creations, and each entry is ready to draw an audience for whatever platform is smart enough to snatch them up.

So if any pique your interest and you want a chance to watch, make it known: Take to Twitter. Poke your favorite network or streaming service. Tell them to pay attention — they’ll thank you later. Now, without further ado, the best of the fest:

“The Adulterers” follows a couple engaged in an extramarital affair as they try to sort out their unique connection and what, exactly, it means for the future. Far more than a physical attraction, the two co-workers played by co-creators Tonya Glanz and Chris Roberti are enjoying the bubble of young love until its limitations begin to crush their indefinable bond. He’s married. She’s not. The unasked questions hang in the air, but are snatched down by circumstance.

On paper, this is a show that shouldn’t work — even in short-form. It’s the kind of thing film students would make because they have limited resources and limited time, but none of that comes through in this charming, beautiful story. The chemistry between the leads is phenomenal; close-framing and great comedic cuts make for compelling visual experience; the dialogue is nuanced in its messages but relaxed in its delivery. As performers and writers, Glanz and Roberti hit every note cleanly, capturing that magic moment in a relationship when everything seems just right even as they hint at unavoidable potholes down the road.

“The Adulterers” could easily be expanded to a half-hour series, but the episodes already created deserve to shown as-is; someone, pick it up. Another short-form winner, “susaneLand” boasts a series of clever vignettes capturing Susane (played by co-creator Susane Lee) in the world as she sees it. One takes a funny, relatable premise and shifts into a darkly comic extremes. Another sees Susane snap at an old man in a grocery store. The final entry screened at Sundance flashed back to when Susane was a kid, experiencing a very peculiar violin lesson. They’re all easy to describe in a few words, but it’s impossible to predict the ending.

Imagine some of the better observational segments in “Better Things” or the unpredictable, but deeply human stories in “Fleabag” and you’ve got a good idea of what Lee and her co-creator Andrew Olsen are bringing to the table. It’s easy to see this becoming a fan favorite web series or developed out into a half-hour narrative, a la the aforementioned projects. Either way, we want more. The best of the half-hour entries, “Mr. Inbetween” follows a hitman, Ray Shoesmith (Scott Ryan), who’s very good at and very comfortable with his job, but is still seeking fulfillment elsewhere. He’s not in crisis, though. He’s not looking for a way out — like Pierce Brosnan in “The Matador” or Bill Hader in his upcoming HBO series, “Barry.” He doesn’t realize, exactly, how the job is affecting his life, and the subtle clues are carefully scattered between laughs for the audience. (It’s also impressive that Ryan had never acted with a script, a crew, or other actors until this — he’s charismatically bare.)

Rather than make Ray into an international assassin with fancy gadgets and a woman on each arm, “Mr. Inbetween” treats him as a down-to-earth hired hand; he’s got a daughter, an ex-wife, a dog, and his own interests. These relatable facets make the more violent and dramatic beats more effective while providing a sharp edge to the many comedic moments. The series is a production of FX Australia, as well as Blue Tongue Films and Jungle Entertainment, but it could play as-is in the States now and be a proud acquisition for Hulu, Amazon, and more. “Leimert Park” (pronounced “luh-mer” if you’re unfamiliar with the South Los Angeles neighborhood) follows three best friends living in a house together. Mickey (Ashley Blaine Featherson) is the level-headed head of household, who moonlights as a DJ; Bridget (Ashli Haynes) is the prim and proper art gallery assistant; and Kendra (Asia’h Epperson) is the wild child, ready to try anything and eager to leave her mark on the artistic community.

It would’ve been easy to box the trio into a condensed version of the “Sex and the City” foursome (Mickey is Carrie, Bridget is Charlotte, and Kendra is Samantha, and we just noticed while typing this that the ultima matches up for each name), but the web series created by Mel Jones, Davita Scarlett, and Kady Kamakaté takes quick steps to distinguish itself: Sex is very much a topic of discussion, but Mickey is married, for one, and the art world and neighborhood take a more definitive stage. So does social media, as hashtags pop up in little boxes to clarify reactions and keep the narrative humming. Who knows how that will effect the timeliness of the series, but it certainly works right now. There are only three things you need to know about “The Passage,” and if you’re not ready to watch every second of it after hearing them, then it’s your loss.

“The Passage” stands out because it’s so very different from anything else out there, but it’s still incredibly relatable, heartfelt, and very, very funny. For point of reference, one can imagine it’s the kind of series Chip Baskets (Zach Galifianakis’ character in “Baskets”) would make if he were interested in television. So let’s see where this journey ends up. If ever there was an indie TV show made for Adult Swim, it’s this one (and “Tropical Cop Tales,” another entry at Sundance, actually is an Adult Swim pilot). Ostensively about a 42-year-old woman who shrinks down to have tea with her toys, the three to three-and-a-half minute episodes of “Tammy’s Tiny Tea Time” slowly divulge the twisted psyche of a woman who “talks to cans of soup” and “eats lunch in the mens’ room” at her visor-and-smock-wearing job. She’s holding the toys prisoner in a “USS Callister” sort of way — a tin soldier with a Ken doll-like boyfriend, a sexually aggressive baby, and a tortoise who “has the cognitive function of a stapler,” screaming and drooling in response to any questions — but there are also “Tammy’s Toons” segments, which break from the narrative to tell even shorter stories from Tammy’s twisted mind. The whole thing comes together in wild fashion, but the scripts from Daniel Shepard and Diana McCorry are smart, animator Peter Gulsvig’s vision is unique, and the animation itself pops. Rick Rosenthal (“Transparent”) and Nick Morton (“Ray”) pack a lot into this half-hour pilot about Jimmy Bishop (Matthew Lillard), a recovering alcoholic who opens a halfway house for fellow addicts on-the-mend. Sent scrambling for money to keep the place running, Jimmy first turns to his mother (Blythe Danner), who’s quite the boozehound herself (but an unapologetic one), and then his famous ex-girlfriend (Sarah Shahi). His intentions are pure, but traps lurk around every corner for an addict on the edge.

“Halfway There” itself dodges a lot of traps, too: It’s not a slog, nor is it overly chipper. There’s serious subject matter at play, but a grounded tone — and a particularly strong performance from Lillard, not to mention the always affable Danner — help the pilot earn even its darkest twist. The kind of comedic dramas that populate streaming services and cable networks (think “Shameless,” “Enlightened,” or “Transparent”) are tricky to pull off without undermining the drama by slipping in too many laughs (or vice versa). “Halfway There” proves itself a fine little package; a story worth telling by people who know how to tell it. A little development work from the right voices might help, but these are solid bones worth bringing to life.

This Article is related to: Television and tagged Sundance