Hawke's loving tribute to Blaze Foley is a messy requiem for a ramblin man, highlighted by Benjamin Dickey's incredible turn as Blaze Foley. 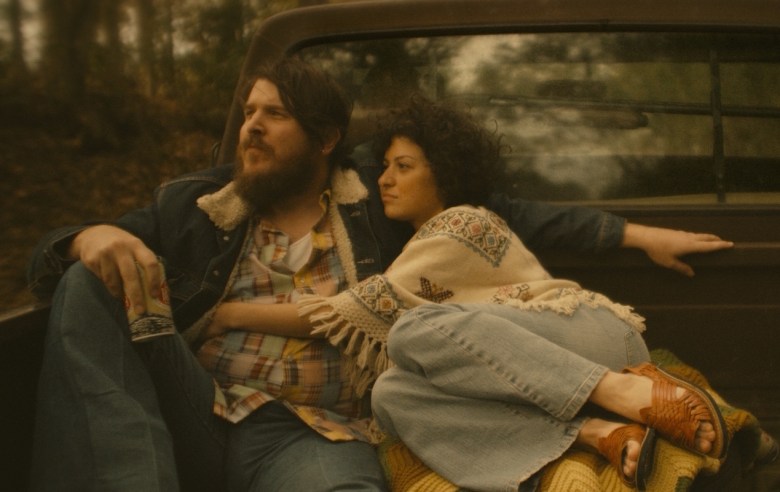 Some people never get to realize their full potential, or stick around long enough to do what they were so clearly put on this Earth to do. Maybe they die young, or maybe they just keep getting in their own way. Or maybe, if they’re anything like singer-songwriter Blaze Foley, they find a way to do both, burning out like stars that leave their light behind. But Foley never wanted to be a star, shining only for itself. He wanted to be a legend, and live forever. Thanks to Ethan Hawke’s slippery, whiskey-soaked biopic of the late musician — and newcomer Benjamin Dickey’s casually spellbinding lead performance — he’s closer than ever to getting his wish.

Described by its director as a “gonzo indie country-western opera,” “Blaze” is sleepier and more bittersweet than Hawke might have you believe, less of an opera than an acoustic requiem for a ramblin’ man. Flowing backwards and forwards through time like a set list, this languid tribute might frustrate anyone hoping for a conventional portrait in the style of “Walk the Line,” but there’s something ineffably honest to Hawke’s freeform approach. The contours of Foley’s legacy were as soft and imprecise as the contours of his body, and there’d be no way to measure his life in ticket sales, venue sizes, or the handful of unforgettable live recordings he committed to tape before he was killed in 1989.

So Hawke wisely decided to ditch the womb-to-tomb approach and re-imagine Foley’s journey as a fragmented story of paradise lost. Lucinda Williams once said that “Blaze Foley was a genius and a beautiful loser,” and co-writer Sybil Rosen is the living embodiment of what he lost (this movie was adapted from her memoir). Played by a tender and emotionally limpid Alia Shawkat, Rosen meets Foley at a theater program somewhere in Arkansas, and the unlikely romance that develops between the petite Jewish girl and the hulking singer from the Deep South forms the most important and involving of the film’s various threads.

Draped in shades of autumnal brown and left to unfold with the gentle patience of domestic bliss as Foley and Rosen squirrel themselves away in the woods, these scenes are the heart and soul of a movie that does a better job of illustrating love than loss. Dickey and Shawkat have a relaxed and lived-in vibe together — his voice drawls out in deep scoops of countrified wisdom, and she curls up inside them — and their relationship is the kind that somebody sings about for the rest of their days. It’s the strongest part of a life that’s held together with duct tape (Foley’s adhesive of choice), and it’s genuinely painful to watch it pull apart.

The film’s other two points of focus are both located after that split, though Hawke cuts between all three of them with increasingly little rhyme or reason. One is set some years later in the back of Austin’s Outhouse bar, where a gloriously bearded Foley plays his most famous show to an empty room in the middle of the day. Every song triggers another memory, most of them taking us back to the woods. These scenes feel more like a seance than anything else, as Dickey so completely disappears into the role that it feels like Foley has come back to life for another devastating rendition of “Picture Cards Can’t Picture You” (it’s such a remarkable feat of reanimation that it makes Gary Oldman’s performance in “Darkest Hour” look like an “SNL” sketch). These scenes are drunk with sadness, Foley in particular, and provide Hawke’s story a beacon to return to whenever the telling gets a bit too unmoored.

The final thread finds two of Foley’s closest pals— musicians Zee (Josh Hamilton) and Townes Van Zandt (a perfectly cast Charlie Sexton) — conducting a posthumous radio interview for their late friend. The interviewer has never even heard of Blaze, and so Zee and Van Zandt begin spinning some yarns of their own. This is how the movie allows for a hazy subplot in which Steve Zahn, Sam Rockwell, and Richard Linklater(!) play a trio of dumbass cowboy record executives — it doesn’t amount to much, but it sure is fun to watch.

Shambling on for more than two hours of disjointed memories, “Blaze” isn’t in much of a hurry to put the parts of a life together. The film isn’t a jigsaw puzzle, where every piece neatly fits into a greater whole; it’s more like a drunken night of people sitting around and remembering their old friend, warts and all. The upside of this impressionistic approach is that it allows for a kitchen sink kind of storytelling, paving the way for all sorts of detours, like a one-scene cameo from Foley’s senile dad (played by Kris Kristofferson, of course) and a handful of long jokes that all add some real texture to a bygone era of outlaw folk.

The downside is that Foley tends to slip away from us as the movie goes on. We can see that he’s living like he’s not going to be alive much longer, but the slipstream narrative keeps us on the outside — just like everyone else — desperate to understand how he could be so sweet and self-destructive all at once. Hawke keys in to the banality of Blaze’s behavior, the world shrugging this guy off this mortal coil in the end, but the film leaves us with almost as little as he did: just a few great songs, some scattered moments of sullied joy, and the unfulfilled wish that it had all come together in a more meaningful way.

“Blaze” premiered in the U.S. Dramatic Competition at the 2018 Sundance Film Festival. It is currently seeking distribution.

This Article is related to: Film and tagged Blaze, Ethan Hawke, Reviews, Sundance