Alongside Forrest Whitaker and Andrea Riseborough, Hedlund delivers in a wrenching and real story that's both universal and eerily timely. 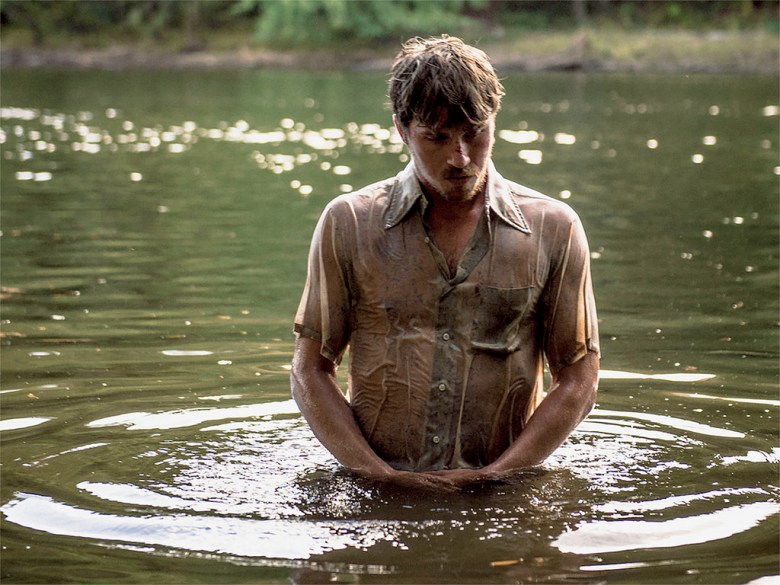 If Mike Burden didn’t actually exist, and writer and director Andrew Heckler created a fictional character, it wouldn’t work. But as it happens, Mike Burden was a KKK member who left the Klan because of the love of a good woman, eventually aligning himself with an African-American minister he was once prepared to assassinate, all while laboring mightily under the, get this, burden implied by his surname. It sounds too neat, too crazy, too scripted. But he is real, and so is Heckler’s decades-in-the-making biopic “Burden,” which isn’t neat, crazy, or too scripted.

Instead, what Heckler — a first-time filmmaker finally getting to make his passion project after nearly 20 years — offers is a hard-won redemption story that doesn’t cut corners and or look for easy answers. As Burden, Garrett Hedlund astonishes in a nuanced portrait of a man resistant to change, until he finally comes to understand that hatred is literally killing him. It’s a timely story, of course, but it’s also a universal one that delivers a necessary message without shirking from the realities of breaking free from a lifetime of evil indoctrination.

In 1996, a group of men set about turning a long-closed movie theater into a new business, meant to invigorate the small-town of Laurens, South Carolina. Heckler opens “Burden” in the middle of their reconstruction work, resisting the big reveal: It’s”The Redneck Shop,” filled with KKK paraphernalia and the back half occupied by the “KKK Museum.” Heckler’s choice to hold back that information as long as possible enforces a queasy but necessary twist: The Klansmen who operate the business think that creating such a horrific symbol of bigotry is just as normal as opening a restaurant, grocery store, or dry cleaners.

From the start, Heckler is compelled by the gray areas of his story, seeking shreds of humanity in despicable characters. An average afternoon cookout transforms into a full-scale KKK rally, complete with burning crosses and white hoods. The effect is chilling, but it also plunges the audience into the reality of Burden (Hedlund), who has known no other life, and no other people.

Loose-limbed and hangdog, Mike’s quiet nature hides some huge secrets, like his propensity for horrific violence and his high-ranking place in the Klan, which he believes is the only family who could ever love him. Heckler’s script lightly doles out key knowledge, like Mike’s abusive father and his time served in the Army, but it also doesn’t let Mike off the hook. He’s a bad man who does bad things.

Elsewhere in Laurens, there’s Reverend David Kennedy (Forrest Whitaker), Mike’s opposite in every way: a family man dedicated to his faith, one who is always committed to doing the right thing and stopping every injustice in its tracks, and who truly believes in the power of redemption. If Mike Burden is a man driven by hatred, Reverend Kennedy lives in love, and walks the walk.

It’s a woman who initially turns Mike’s head and heart. Powerhouse Andrea Riseborough plays Judy Harbeson, another Laurens local who managed to escape the cycle of hatred that consumed her community and even members of her own family. Steely-eyed and soft-hearted, Mike connects with Judy instantly – he also happens to be attempted to be repossessing her TV at the time, just one of the odd jobs his de facto father, Klan boss Tom Griffin (Tom Wilkinson) provides for him – his first experience feeling any kind of connection with a woman.

Judy’s love that begins to push Mike into new places – he’s attentive and sweet to her, and he just loves her young son – and “Burden” makes a graceful move towards showing Mike’s real humanity, even as he also continues to give himself over to the violence of the Klan. As the Redneck Shop continues its mission – even serving as a recruitment ground for scores of wannabe Klansmen – Mike has to make a choice. When he does, the Klan rejects him fully. He and Judy lose everything, from their home to their jobs, and Mike’s rage only continues to grow.

It would be easy to put a story like this into soft focus, letting him have a couple of slip-ups on his way to redemption — just enough to show he’s worked to become a good person. Heckler isn’t interested in that; he and Hedlund dig deeply to chronicle the true price of Mike’s journey.

Hedlund responds with the kind of truly conflicted performance often missing from the genre. This is a man in pain, but he’s also a man who has caused tremendous pain. The magic of “Burden” is that it marries those ideas, with Hedlund providing his most nuanced, lived-in performance yet. It’s also his best.

Production design from Stephanie Hamilton is another highlight, and the film feels pulled directly out of a very specific time and place; Jeremy Rouse’s cinematography is gorgeous without being at all showy.

There are a few rough spots: Heckler tosses in a pair of scenes meant to approximate Mike’s mental and emotional state during the roughest of times, but the gauzy fever dreams feel far removed froma deeply grounded movie. The film doesn’t need them; “Burden” feels much richer when it returns to its reality, where the gray spaces live, where a man can be redeemed, and where love is the only answer to hate.

“Burden” premiered at the 2018 Sundance Film Festival. It is currently seeking U.S. distribution.