The creative team behind the Best Animated Feature award acknowledged what needs to happen as Pixar moves forward in a post-Lasseter era. 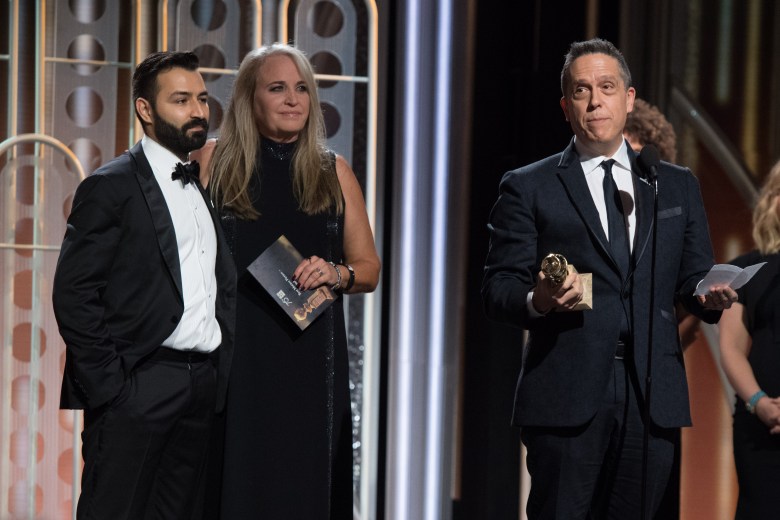 “From the very beginning, we tried to create an environment that really welcomed as many diverse voices as possible, not only through the consultants that we brought in but to the crew that we assembled,” said director Lee Unkrich. “As is clear from everything going on in the industry, we all improve, we can all be better. And at Pixar, we have been taking steps and we will continue to move towards making it an even better place for people to create art.”

Co-screenwriter Adrian Molina — whose prior work includes “Monsters University” and “The Good Dinosaur” — said that “Coco” has been “one of the most encouraging films for me personally, and I think for a lot of people at this studio, because of the care [we took in making it authentic to Mexico] and because it reflects what you can do when you take that time and you open the door and you invite many voices into the room.”

Producer Darla K. Anderson — described by Unkrich as “the general of our army” — said that Pixar is examining itself from within, determined to make employees feel “as safe as possible.” All three wore black, observing the evening’s Time’s Up protest against workplace sexual misconduct in many industries. “We wanted to focus on being in solidarity with tonight’s movement,” she said.

“Coco” was also nominated for the Best Original Song Golden Globe for “Home,” but “The Greatest Showman” picked up that statuette for “This Is Me.”

This Article is related to: Awards and tagged Coco, John Lasseter, Pixar