We almost got very close to seeing a 007 movie envisioned by Denis Villeneuve. 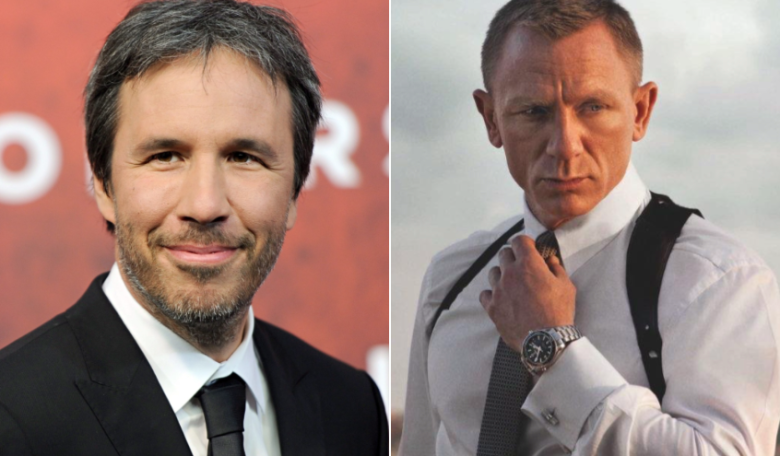 Despite having star Daniel Craig locked in to return and a November 2019 release date already set, the next James Bond film is still without a confirmed director. Reports broke last summer that the frontrunners to direct Bond 25 were Denis Villeneuve, Yann Demange, and David Mackenzie, with the former being Craig’s personal choice to replace “Skyfall” and “Spectre” director Sam Mendes. Unfortunately, we officially remove Villeneuve’s name from the consideration list.

The director is fresh off the critical acclaim of “Blade Runner 2049” and is quickly moving on to his passion project, an adaptation of Frank Herbert’s landmark science-fiction novel “Dune.” Villeneuve admits to ScreenCrush that he turned down the Bond 25 directing gig only because he’s previously committed to bringing “Dune” back to the big screen. Otherwise, Villeneuve would’ve jumped at the chance to work with Daniel Craig.

“I said to [producer] Barbara [Broccoli], I would love to work with you and with Daniel, but I’m engaged [Laughs],” the director said. “I will love to do it, honestly. I’m a spoiled filmmaker right now… I think Daniel Craig is a fantastic actor and I would like to, but several months ago I came into do ‘Dune’ and I engaged myself. I committed myself and I’m someone that doesn’t step back.”

“I remember I committed to do ‘Enemy,’ they came with ‘Prisoners’ I said, I need to do ‘Enemy’ first, and I had to break to bend the schedule,” Villeneuve continued. “I did the same with ‘Arrival’ and ‘Blade Runner.’ I did ‘Blade Runner,’ one of my conditions was that I would have time to do ‘Arrival’ first. Once I commit, I commit.”

Villeneuve is fully committed to “Dune” at the moment, which he promises isn’t going to be anything like David Lynch’s 1984 adaptation. The director told Yahoo! Movies during a Facebook Live interview that Lynch’s version was not the version of “Dune” he had envisioned for the big screen, which is why he decided to take on the project.

” It will not have any link with the David Lynch movie,” Villeneuve said. “I’m going back to the book, and going to the images that came out when I read it.”

Villeneuve has been quite vocal about his love of “Dune” over the last year, calling it himself the biggest passion project of his career. With the filmmaker committed to the project, Bond 25 now comes down to Yann Demange and David Mackenzie if the reports are true. Since Mackenzie is busy at work on the Netflix epic “Outlaw King,” it could very well be “71” director Demange who lands the gig.