What could possibly go wrong when four mismatched teenagers decide to trap a very, very bad man? (So much.) 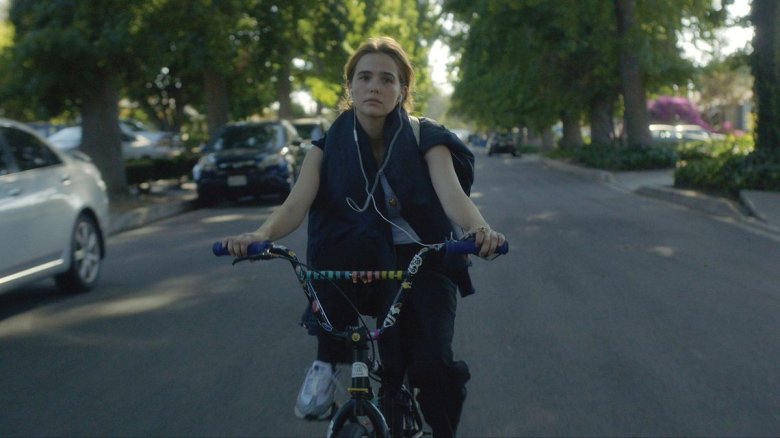 When Alex McAuley’s screenplay “Flower” made the Black List of most liked unproduced screenplays back in 2012, its simple logline was eye-popping in its possibilities: “A coming of age story about the unlikely bond that forms between a sexually adventurous teenage girl and her obese, mentally unstable step-brother.” Though it took another five years to be made — thanks to the addition of director and co-screenwriter Max Winkler and his partner, Matt Spicer, who recently broke out with his “Ingrid Goes West” — the final product is a snappy combination of McAuley’s big ideas, Winkler and Spicer’s off-kilter wit, and the full-force charm of star Zoey Deutch.

As 17-year-old Erica Vandross, Deutch is a wild, funny, smart, and unique leading lady, tasked with carrying a coming-of-age tale of a different stripe. Erica spends her off-time hanging with her friends Kala (Dylan Gelula) and Claudine (Maya Eshet), and the trio are in deep on, as our own David Ehrlich termed it, “a simple grift, and one that’s never played for titillation: Erica uses her jailbait charms to seduce the pants off whatever skeezy men she can find in the San Fernando Valley, her friends pop up out of the bushes and capture footage of the statutory rape on their iPhones, and then they kindly escort their marks to the nearest ATM for a tidy payout.”

But things are about to change for the adventurous Erica, when her mom’s (Kathryn Hahn) new boyfriend (Tim Heidecker) brings his formerly rehab-bound son Luke (Joey Morgan) to live with this modern family. Soon, Erica and her pals are consumed with a new plan: using vigilante justice and some sneaky ideas to trap the high school teacher (Adam Scott) that Luke blames many of his problems on. What could possibly go wrong? (So much.)

When it debuted at Tribeca last April, our Ehrlich wrote, “there’s still no doubt that Deutch is the film’s life force and center of gravity. When ‘Flower’ blooms, it does so because she wills it to. At times, her performance is perhaps even too strong for the film that’s cobbled together around it, as the actress so convincingly indicates at Erica’s vibrant and complex inner life that she embarrasses the script’s feeble attempts to diagnose and solve her character.”

Check out the first trailer for “Flower” below.