"I was like greyhounds straining in the slips," said Oldman of his Oscar-nominated role. "I couldn't wait to get to the set." 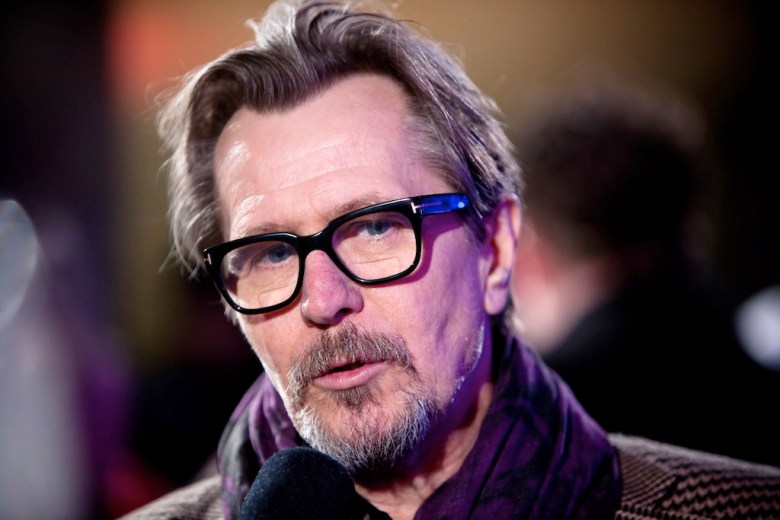 After picking up both a Golden Globe and Screen Actors Guild Award for his performance as Winston Churchill in “Darkest Hour,” Gary Oldman has emerged as the official frontrunner for the Academy Award for Best Actor, which announced its nominations earlier this week. Oldman was previously nominated for “Tinker, Tailor, Soldier, Spy” for his performance as cunning British intelligence officer George Smiley, but “Darkest Hour” showcases a very different side of Oldman — and certainly a more rotund one.

“To an actor, to be able to have the opportunity to play Churchill, it’s like being asked to play Falstaff or King Lear,” Oldman told IndieWire in an interview for our Awards Spotlight series. But to play the monumental figure, Oldman’s svelte one didn’t exactly fit the bill.

“I didn’t want to mess with my health. I’m nearly 60. I’m not gonna put on 50, 60 pounds to play this guy. So we knew it was make-up,” said the actor. He knew they needed the best, and told director Joe Wright about Kazuhiro Tsuji, a two-time Oscar winner make-up artist whose credits include “The Curious Case of Benjamin Button” and “Planet of the Apes.” “I said to Joe, ‘Okay, there’s only one man on the planet that could even remotely pull this off.'”

With the help of Tsuji’s incredible make-up and plenty of padding around his mid-section, Oldman is virtually unrecognizable as Churchill. It’s no secret that Academy voters love a wild transformation, and the actor underneath delivers one of most Oscar-worthy performances. “We got through the make-up with patience and humor, and once it was all on, I was like greyhounds straining in the slips,” said Oldman. “I couldn’t wait to get to the set. I loved him. I really enjoyed him.”