While this year's ceremony hummed with talk of empowerment and change, few men were willing to speak out as loud as their female counterparts. 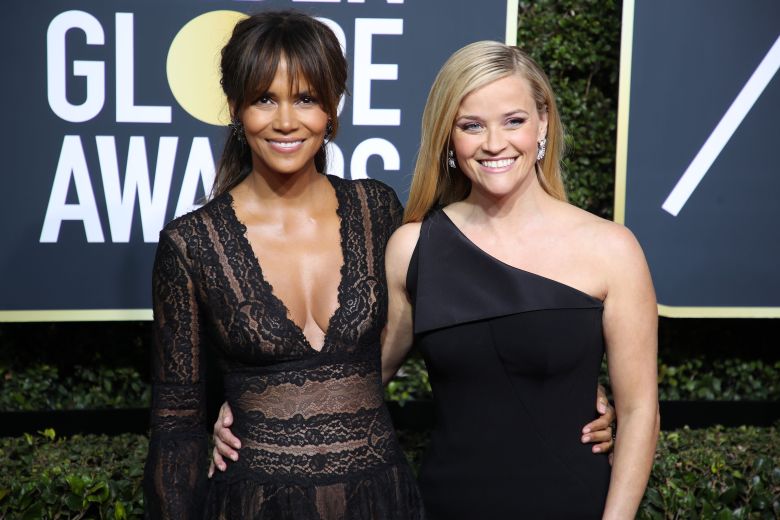 Golden Globes host Seth Meyers got to it early, opening his monologue with a greeting to the “ladies and remaining gentlemen” in the Beverly Hilton ballroom, unafraid to give a comical voice to what had become the unofficial theme of the evening: speaking candidly about issues related to sexual harassment and abuse in the industry, bolstered by the rising profile of such movement as #MeToo and #TimesUp. Later in his monologue, Meyers joked, “For the men in the room, this will be the first time in three months where it won’t be terrifying to hear your name read out loud.”

While many men seemed appropriately pleased when their names were called, even big wins didn’t empower them to add their voices to the conversation.

Meyers, it seems, was the only man on stage who wanted to actively engage in the same conversation that so many women in the audience had made the centerpiece of the evening.

Scores of male attendees and nominees proudly sported all-black ensembles in support of #TimesUp, many of them accessorizing with the black and white #TimesUp lapel pin that had become the accessory of the evening, but when it came time to say something, chose to remain worryingly silent.

Most male winners seemed to studiously avoid making overt reference to either #MeToo or #TimesUp, and even the words “abuse” and “harassment” were wholly absent from their speeches. From Alexander Skarsgård (who, given the abuse plotline of his role in “Big Little Lies,” something his co-star Nicole Kidman has been very vocal about, seemed to whiff it the hardest) to James Franco, Sterling K. Brown to Aziz Ansari (who did both use their speeches to speak out about diversity and the boundary-busting nature of their individual wins), Sam Rockwell to Ewan McGregor, the biggest male stars of the evening opted to go far more traditional with their speeches.

And while there were a handful of remarks, most of them could potentially be construed as referencing at least the current political climate, something that was seemingly acceptable even a year ago at the same awards show. For instance, when accepting his award for Best Actor in a Drama, Gary Oldman thanked Winston Churchill for the inspiration to make “Darkest Hour,” saying, “It was great that words and actions could change the world – and boy, oh boy, could it use some change.”

Plenty of thank you’s were doled out to managers and agents, co-stars and partners, nods to the difficulty of their roles, hearty smiles to the HFPA, nothing more. Female winners cut no such corners.

When Kidman accepted her award for “Big Little Lies,” she again turned the conversation to abuse (as she has so often done during this awards season), reflecting the central narrative of her character in the lauded miniseries, saying that her character is “at the center of the conversation we are having right now.” Later, she turned a more traditional thank you to her mother into a more pointed statement, making it clear that her own mom was an advocate in the women’s movement when Kidman was just a kid, presumably informing her from a very young age.

Kidman wasn’t alone when it came to the ladies of “Big Little Lies,” either, as co-star Laura Dern used her speech to note, “Many of us were told not to tattle…May we tell our children that speaking out without fear of retribution is our culture’s new North Star.” Producer and co-star Reese Witherspoon used her speech to thank the silence-breakers, telling them, “We see you, we hear you, and we will tell your stories.” “Handmaid’s Tale” star Elisabeth Moss dedicated her Golden Globe to author Margaret Atwood, saying, “This is for you and all of the women who came before you and after you who were brave enough to speak out against intolerance and injustice and to fight for equality and freedom in this world.”

When Best Actress in a Drama winner Frances McDormand took the stage to accept her award, it was clear from the start that she had plenty to say, and the actress used her speech time to forcefully acknowledge the changes afoot. “So many of you know I keep my politics private, but it was really great to be in this room tonight and to be part of the tectonic shift in our industry’s power structure,” said McDormand. “Trust me, the women in this room tonight are not here for the food, we are here for the work.”

Few people made as many waves with so few words as presenter Natalie Portman. The actress presented the Best Director category alongside Ron Howard, when she remarked before announcing the five nominated filmmakers: “Here are the all male nominees.” The resulting response from nominees Martin McDonagh, Christopher Nolan, Steven Spielberg, Ridley Scott, and Guillermo del Toro ran the gamut, and at the very least highlighted the need for more men to participate in such conversations, lest they be caught seemingly unaware. (Vuture has helpfully provided their responses via GIF format.)

There was even room for jokes, as Best Actress in a Comedy presenters Jessica Chastain and Chris Hemsworth (a man!) joked that they’d removed all the men from the category. Later, Best Actor in a Drama presenters Geena Davis and Susan Sarandon staged a very appropriate “Thelma & Louise” reunion, during which Davis cracked that all the nominees in the category had “agreed to give half of their salary back, so the women can make more than them.” (No word on how the men felt about it, even if it was a joke.)

So is the time to stay silent.

This Article is related to: Awards and tagged Golden Globes, MeToo, TimesUp