The dynamic duo showed off their matching ladybird sneakers in a video interview for IndieWire's Awards Spotlight series. 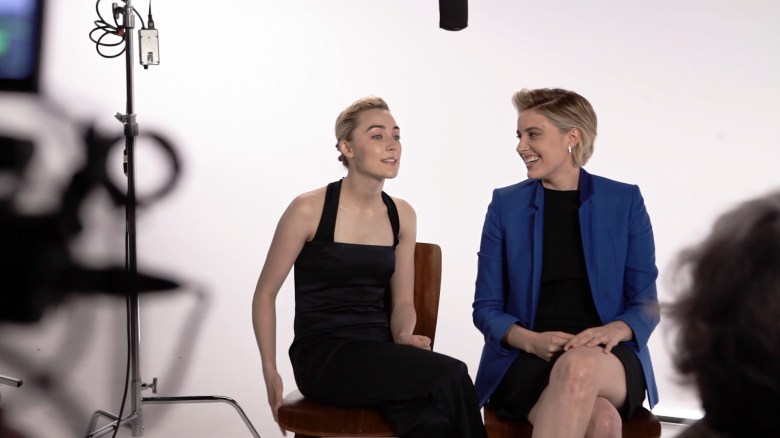 “Lady Bird” lovers are well aware that Greta Gerwig and Saoirse Ronan are a match made in heaven. What else could explain the movie’s particular magic, full of lively female characters who defy categorization and laugh in the face of clichés? Ronan’s husky voice and indefatigable spirit enlivens “Lady Bird” with a naturalism and charm rarely seen in coming-of-age films; it’s a performance shaped and encouraged by Gerwig’s air-tight script and supportive direction. The fated partnership has crowned them both Oscar favorites, a symbiotic relationship not lost on either woman, who thank the other profusely any chance they get.

In an interview for IndieWire’s Awards Spotlight series, the dynamic duo were eager to show off their matching ladybug sneakers. The shoes were a gift from Ronan to Gerwig, since the British term for ladybug is “lady-bird.” It’s the least Ronan could offer the woman who wrote her most nuanced and exciting role to date.

“When I was 17, 18 as an actor there were no roles like this,” said Ronan. “She’s trying one character on after the next, whilst also still staying very true to herself. That’s real: Someone who is flawed and very sort of magical at the same time.”

“I love the fact that Lady Bird is a young female character who is allowed to really experience desire,” Gerwig added. “She doesn’t wait for somebody to think she’s cute, she decides who she thinks is cute and says hello and shakes their hand.”

Though Gerwig began her acting career in improvisational indie films, “Lady Bird” was written to a tee.

This Article is related to: Awards and tagged Lady Bird