"I was not prepared for how prepared Ray was," Hunter said in a video interview with IndieWire for our awards season spotlight series. 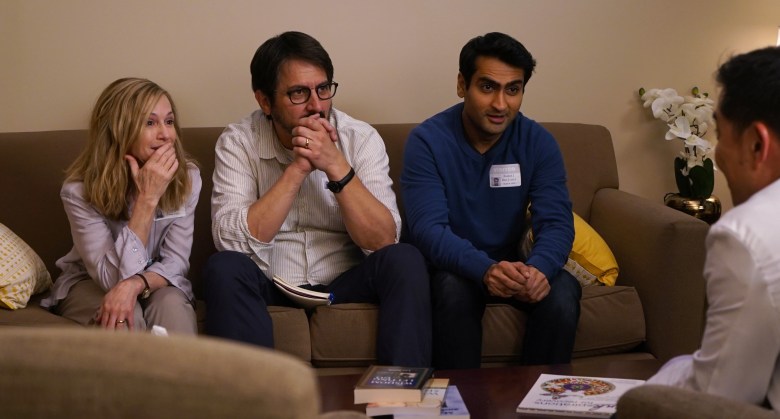 There’s no mistaking Holly Hunter’s signature voice. That thick Southern twang has made her one of Hollywood’s most distinctive actresses, from early work in “Broadcast News” and “Raising Arizona” to a memorable voiceover turn in Pixar’s “The Incredibles.” This year reminded us that Hunter has depth and charm in equal measure, when she stunned as a protective mother weathering the unimaginable in “The Big Sick.” Written by Kumail Nanjiani and Emily V. Gordon, “The Big Sick” depicts the writers’ real-life romance, which originated with a shocker when Gordon landed in a coma from a mysterious illness.

“It flies against the tradition of the normal romantic comedy,” Hunter told IndieWire during a sit-down interview for our Awards Spotlight series. “What’s at stake in the movie is expressed consistently, relentlessly throughout the movie. This girl is in a coma, so you never forget that. That’s a little unusual for the stakes to be that high. Which also allowed for the comedy to be quite high as well.”

The comedic moments land like a sliver of hope through the family’s harrowing waiting period, when they don’t know if Emily (Zoe Kazan) will wake up or not. Kazan and Hunter worked closely to develop the strong mother/daughter bond that is the driving force behind Hunter’s inspired performance. “We were real partners in creating that portrait of two women,” she said. “Kumail was watching two women who have an adult relationship as mother and daughter, and he didn’t have one with his family. He was very much still a child. So that was beautiful architecture on the part of the creators.”

Hunter praised the “effortless chemistry in the cast,” singling out Ray Romano, who plays her husband in a surprisingly assured dramatic turn from the comedian. “That was like kismet, you can’t make that up. He’s a really serious actor, and he’s of course funny as hell. I was not prepared for how prepared Ray was. It was inspiring.”

This Article is related to: Awards and tagged Holly Hunter, The Big Sick