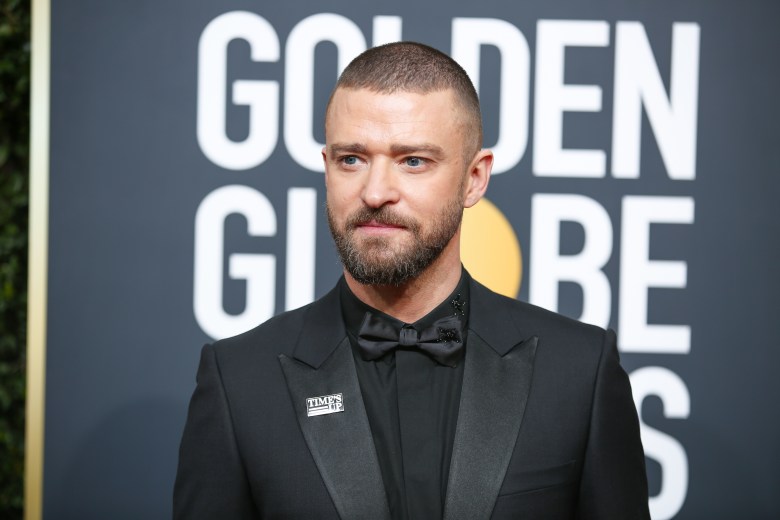 Justin Timberlake will wrap up winter by releasing an album and returning to the Super Bowl Halftime Show stage, but Dylan Farrow’s not going to let him forget that he began the season by starring in a film by her alleged abuser, Woody Allen.

The 2017 Best Original Song Oscar nominee (“Can’t Stop the Feeling”) posted a lighthearted tweet January 23 asking for the meaning of the idiom “have your cake and eat it too.” An hour later, Farrow — the adoptive daughter of Allen’s ex-partner, Mia Farrow — responded with one concrete example: that it seems hypocritical for him to promote the Time’s Up legal defense fund while also showing deference to his “Wonder Wheel” director. At the Golden Globes this month, Timberlake wore a Time’s Up pin.

Read More: Woody Allen’s Career Is Over, But Why Did It Take So Long? — Opinion

Farrow previously spoke out against Timberlake one day after the Golden Globes, in a January 8 statement to Buzzfeed News: “I struggle with how a powerful force like Justin Timberlake can claim to be in awe of the strength of women and stand with them at this #MeToo moment and then in the next breath say that working with Woody Allen is a ‘dream come true.’”

Amazon Studios released “Wonder Wheel” on December 1; IndieWire gave it a B+. Set in the 1950s, Timberlake plays a Coney Island lifeguard who has an affair with Kate Winslet’s character, then develops a crush on her stepdaughter (Juno Temple). According to Box Office Mojo, “Wonder Wheel” is the third-lowest-grossing of the 44 Allen films in which statistics are available, with returns totaling less than $1.4 million.

Timberlake has not publicly responded to Dylan Farrow’s tweet.