Still, the actress is enthused by a recent uptick in more compelling scripts that offer juicier roles for their female characters. 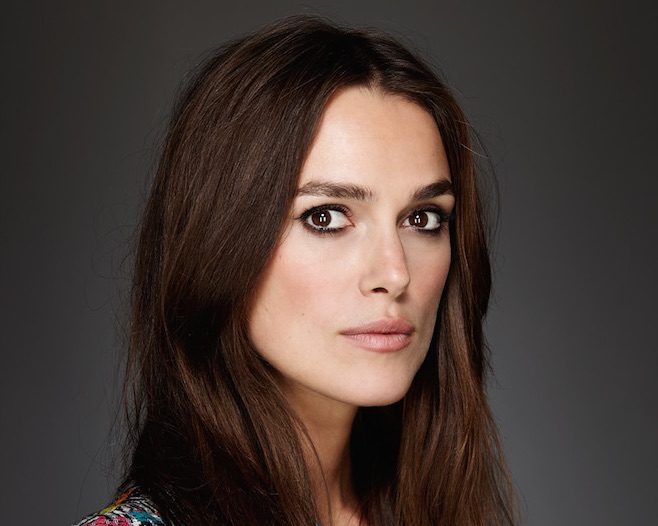 Keira Knightley’s affection for period-set films and historical offerings goes deeper than just happening to like those kinds of films: she really just likes the kind of roles they include for women. In a wide-ranging new interview with Variety, the actress spoke out about why she so often finds “inspiring characters” in historical pieces. She told the outlet, “I don’t really do films set in the modern day because the female characters nearly always get raped. I always find something distasteful in the way women are portrayed.” She added, “I’ve always found very inspiring characters offered to me in historical pieces.”

And while Knightley, who will next be seen in the Sundance premiere “Colette” (a fact-based, historically set feature about the eponymous trailblazing French novelist) is seeing some uptick in the world of modern-set scripts. She told Variety, “There’s been some improvement. I’m suddenly being sent scripts with present-day women who aren’t raped in the first five pages and aren’t simply there to be the loving girlfriend or wife.”

Knightley’s recent slate has included a number of both modern- and period-set features, including contemporary films like “Laggies,” “Begin Again,” and “Collateral Beauty,” and a slew of historical offerings like the latest “Pirates of the Caribbean,” “The Imitation Game,” and “Anna Karenina.”

She was also asked about her thoughts on the burgeoning harassment scandals in Hollywood, she offered up a sage reading of the situation, saying, “What’s been really interesting is that it’s not just this industry — it’s in every industry. I was surprised by some of the specifics. But I was aware of the culture of silencing women and the culture of bullying them, and I knew that men in the industry were allowed to behave in very different ways than women.”

Knightley was also asked about her experience working on Weinstein Company films, and she told Variety, “My experience with Harvey Weinstein was always very professional. He was very good on the films we made. I was aware of his reputation of being a bully. He was famous for phoning people in the middle of the night and screaming at them. He didn’t do that to me, and he certainly never asked me for massages or anything like that.”

She added, “I wasn’t aware of any allegations or rape or sexual assault against him. For the first time people are sharing their stories. People have been absolutely terrified to talk about it and were scared of retribution, so I don’t think everybody knew the extent of what was going on.”

As for her own experiences in the industry, Knightley told Variety, “I’m fortunate that I’ve never been sexually abused professionally or harassed on a film set…I think everyone has battled their fair share of monsters. It’s not just actresses. It’s teachers; it’s lawyers. I’m not talking about rape, but I’m talking about the people who had been grabbed in pubs or their breasts had been fondled by somebody they didn’t know or they’d had someone shove a hand up their skirt.”

Knightley continued, “For too long, you really did go, ‘Oh, this is just normal.’ It’s terrifying that was our response. It must have been awful for all of those brave women who have come forward and spoken publicly about their experiences. There’s been a lot of pain and a lot of suffering. We’re in a period of time in which it all has to come out. Then we need to move forward and figure out how to make sure that it doesn’t happen again.”

You can read the full Variety interview right here.

This Article is related to: Film and tagged Colette, Keira Knightley, MeToo, TimesUp