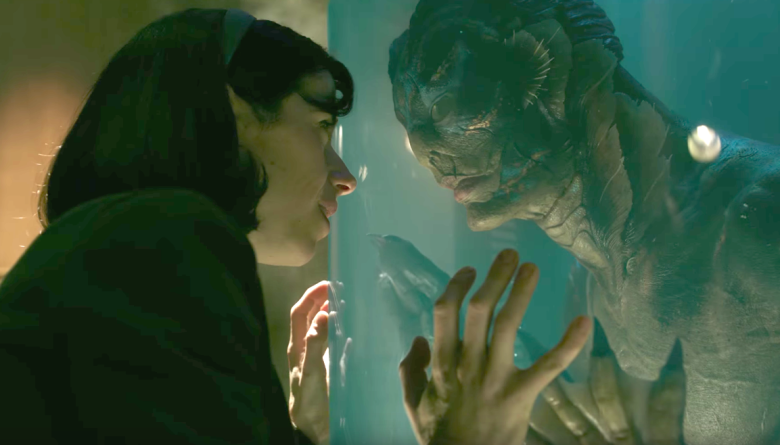 But the biggest crafts story was Rachel Morrison making Oscar history as the first female cinematographer to secure a nomination for her poetic work on “Mudbound.” She was joined by frontrunner Roger Deakins, who grabbed his 14th nomination for “Blade Runner 2049″ in search of his elusive win; Bruno Delbonnel, who collected his fifth for “Darkest Hour”; and Dan Laustsen and Hoyte van Hoytema, who got their first for “The Shape of Water” and “Dunkirk.” The timing couldn’t be better with the Academy striving for greater diversity
and the emergence of the #metoo and #timesup movements.

Speaking of which, the production and costume design team of Sarah Greenwood and Jacqueline Durran both scored double nominations for their work on “Beauty and the Beast” and “Darkest Hour.” That makes six noms for Greenwood and five for Durran, who previously won for “Anna Karenina.”

Visual Effects offered a surprise with Industrial Light & Magic’s outstanding work on “Kong: Skull Island” making the cut.  The other nominees were “Blade Runner 2049” (split primarily between MPC and Double Negative); “War for the Planet of the Apes” (led by Weta Digital’s four-time Oscar winner Joe Letteri and Oscar winner Dan Lemmon for “The Jungle Book”); “Star Wars: The Last Jedi” (led by ILM’s Ben Morris); and Marvel’s “Guardians of the Galaxy Vol. 2” (Weta did Kurt Russell’s Ego and Lola VFX did the young Russell ). Nudged out for supporting work were both “The Shape of Water” and “Dunkirk.” Some pleasant surprises included Costume Designer Consolata Boyle getting her third nomination for Stephen Frears’ “Victoria and Abdul” (which surprisingly also got a Makeup/Hairstyling nod); and John Williams getting his 51st nomination for “The Last Jedi” rather than Steven Spielberg’s “The Post,” which got totally left out of the craft races, as did Jordan Peele’s “Get Out.” Both were Best Picture nominees.

In Animation, meanwhile, the big story in the feature category was the inclusion of both “The Boss Baby” (DreamWorks) and “Ferdinand” (Blue Sky), thanks to the Academy opening up voting to the membership at large and instituting preferential voting. However, The LEGO franchise from Warner Bros. was once again snubbed, since “The LEGO Batman Movie” failed to make the cut. As expected, the other slots went to Pixar’s frontrunning “Coco,” GKids’ acclaimed “The Breadwinner” (the distributor’s 10th nomination in 10 years), and “Loving Vincent” (the first oil-painted feature). Interestingly, the five nominees matched the Golden Globes’ list.

This Article is related to: Awards and tagged Animation, Ferdinand, Mudbound, Oscars, Rachel Morrison, The Shape of Water, Top of the Line