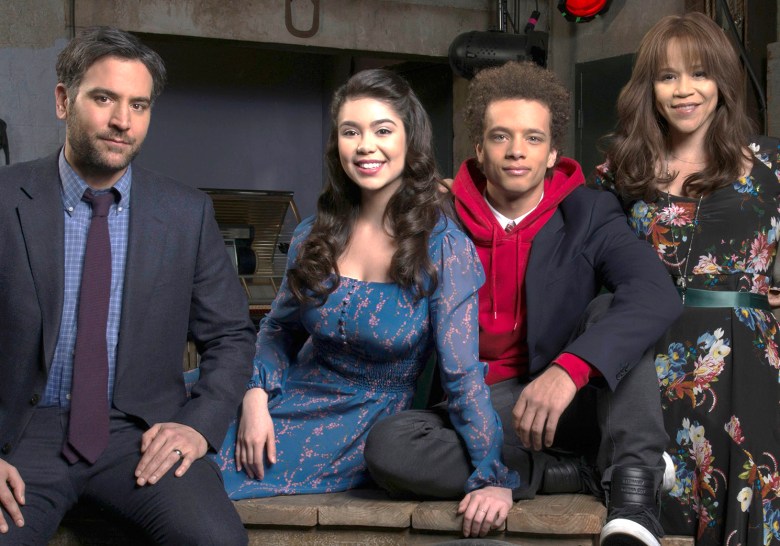 NBC’s new series “Rise” may be loosely inspired by a true story, but one significant aspect of it has been altered for network TV. Its central character, modeled after a real-life teacher who was originally closeted, has been rewritten as straight.

Jason Katims, who created “Friday Night Lights,” wrote his series inspired in part by Michael Sokolove’s book “Drama High: The Incredible True Story of a Brilliant Teacher, a Struggling Town, and the Magic of Theater.” The book was about teacher Lou Volpe, who controversially put on a production of “Spring Awakening” at his high school in a small, blue-collar town. Volpe was closeted before eventually coming out later in life.

In contrast, “Rise’s” Lou Mazzuchelli (Josh Radnor) isn’t closeted at all and will not be coming out. Producers said this alteration for NBC’s show doesn’t change the resonance of Lou choosing “Spring Awakening” to be his first show for the high school, since the play centers on teenagers dealing with the challenges of all aspects of sexuality, including homosexuality, and those issues will be heavily addressed via the show’s high school characters.

During the Television Critics Association press tour panel for the show on Tuesday, Katims explained that the show won’t “shy away from issues of sexuality.” He pointed out that “Rise” will still have LGBT elements, particularly focusing on its young characters — including a trans character and another character who is grappling with his sexuality.

Katims also noted that he changed other aspects of Lou’s family life, such giving his teenage son a drinking problem. “It becomes a major storyline and becomes a very powerful part of storytelling,” he said.

And of course, while the overall story focuses on musical theater, Katims can’t avoid including some football. “As much as it’s about high school theater, it’s also about the football team,” he said. “That storyline also becomes a big part of the show. And I love the idea of striking a balance between the two of them.”

This Article is related to: Television and tagged Jason Katims, LGBT, NBC, Rise