SBIFF director Roger Durling is committed to carrying on with its 33rd annual program, even after deadly mudslides rocked the region. 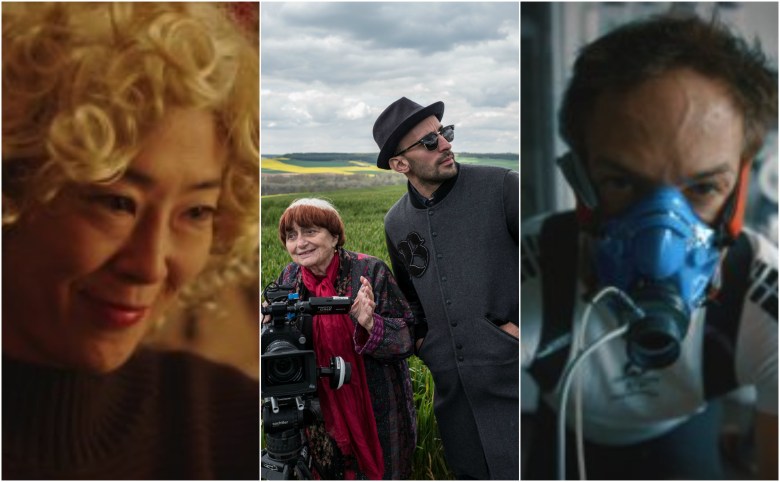 Despite the devastating mudslides that overwhelmed the Santa Barbara, California community of Montecito last week — resulting in at least 20 deaths and the destruction of 100-plus homes — the Santa Barbara International Film Festival (SBIFF) will go on as usual. A reason to celebrate is “needed now more than ever,” wrote SBIFF director Roger Durling in a letter soon to be shared with festival-goers. He continued, “It is an opportunity for people to gather – reflect – experience – feel – and process,” noting that cinema attendance was strong during the Great Depression.

Launched in 1986, this year’s SBIFF will include films from 58 countries. Numbered among its 45 world premieres is opening night film “the public,” the first feature written and directed by Emilio Estevez since 2010’s “The Way.” Set at a Cincinnati public library, the film follows its homeless and marginalized patrons during a dangerous cold spell. The cast includes Alec Baldwin, Jena Malone (“Neon Demon”), Christian Slater (“Mr. Robot”), Taylor Schilling (“Orange Is The New Black”), Gabrielle Union (“Almost Christmas”), Jeffrey Wright (“Westworld”), and Estevez. The closing night film has yet to be announced, but Amazon Studios will sponsor the festival’s bookending galas.

SBIFF will run from January 31 through February 10. On each of the festival’s 11 days, Durling wrote that the first responder and other organizations working to combat the effects of the mudslides will be spotlighted. Several stars will also be honored for their Oscar-contending work, including Saoirse Ronan (“Lady Bird”), Willem Dafoe (“The Florida Project”), and Sam Rockwell (“Three Billboards Outside Ebbing, Missouri).”

Scroll down for the full line-up.

“The Doctor From India,” USA (Directed by Jeremy Frindel)

“Living in the Futures Past,” USA (Directed by Susan Kucera)

“My Indiana Muse,” USA (Directed by Ric and Jen Serena)

“Off the Menu,” USA (Directed by Jay Silverman)

“Waiting for the Drop: Rise of the Superstar DJs,” USA (Directed by Alexei Barrionuevo)

“The War in Between,” USA (Directed by Riccardo Ferraris)

“We Are Galapagos,” USA (Directed by Kum-Kum Bhavnani)

“A Land Without Borders,” Israel (Directed by Michael Alalu and Nir Baram)

“Before I Forget (Antes que eu me esqueça),” Brazil (Directed by Tiago Arakilian)

“Beyond – An African Surf Documentary,” Austria (Directed by Mario Hainzl)

“Get the Weed (Misión no oficial),” Uruguay (Directed by Denny Brechner, Alfonso Guerrero and Marcos Hecht)

“Sunshine That Can Move Mountains,” China (Directed by Qiang Wang)

“All You Can Eat Buddha,” Canada, Cuba (Directed by Ian Lagarde)

“The Essential Link – The Story of Wilfred Israel,” Israel (Directed by Yonatan Nir)

“The Gospel According to André,” USA (Directed by Kate Novack)

“Just Like Our Parents,” Brazil (Directed by Laís Bodanzky)

“Point of No Return,” USA (Directed by Quinn Kanaly and Noel Dockstader)

“The Driver Is Red,” USA (Directed by Randall Christopher)

“Ferryman at the Wall,” USA (Directed by David Freid)

“The Last Man You Meet,” USA (Directed by Chris Bone)

“Me, My Phone and I,” USA (Directed by Luke Mullen)

“Out of the Ashes,” USA – World Premiere (Directed by Hallie Brown)

“The Take Off,” USA – World Premiere (Directed by Ryan Kalil)

“Under Her Wing,” USA (Directed by Keenan McGuckin)

“Wildlife and the Wall,” USA (Directed by Ben Masters)

“You Are Here,” United Kingdom (Directed by Nicholas Jones)