When Sandi Tan was a teenager, she made a movie in Singapore. Then her teacher stole the film. Here's what happened next. 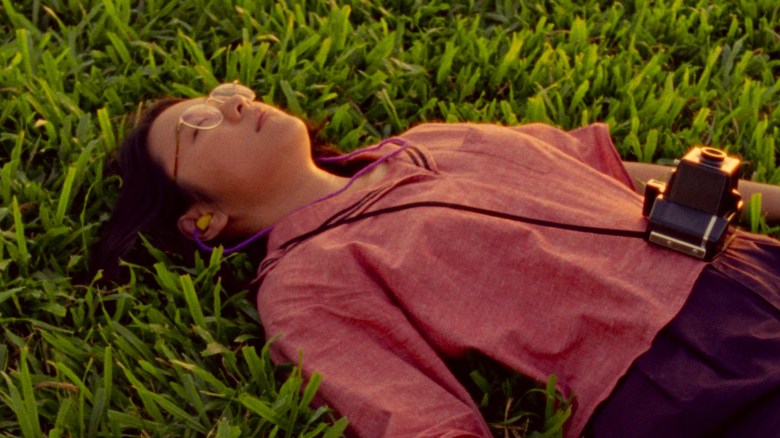 “Shirkers” is a documentary about the production of an uncompleted movie, but it doubles as an upgraded version of the missing project itself. As a punk teen in early-nineties Singapore, Sandi Tan wrote a feminist slasher movie for the ages, an exploitation road movie designed to ruminate on the energy of youth, creativity, and alienation. The director, a much older American high school instructor with dubious motives, stole the film canisters for unknown reasons and vanished into the mist; two decades later, Tan has completed a fascinating personal look at her quest to uncover his motives, resurrecting the significance of her original intentions in the process.

Tan’s actual debut, “Shirkers” takes its title from her earlier effort, an adorably deranged slasher movie in which she starred as a bored young woman killing men to pass the time. Though her old pals celebrate its relevance to Singapore’s minuscule film community at the time, Tan — whose voiceover, hand-scrawled credits and substantial archival materials guide the narrative — sees it more as representative of her artistic awakening. As her older mentor’s greed and envy leads to tragic circumstances, “Shirkers” becomes a paean to the pivotal moment when the idealism of young adulthood faces a harsh reality check.

With her best pals Jasmine Ng (later a filmmaker in her own right with 1999’s “Eating Air”) and Sophie Siddique, both of whom appear in “Shirkers” as their adult selves, Tan found an outlet from her drab surroundings through the subversive discoveries of loud music, Jim Jarmusch movies and underground zines. With a wondrous score underlining this dynamic period in her life, Tan reflects on what it meant to live on a small island nation and uncover the prospects of escapism through storytelling: “I had the idea that you found freedom with worlds inside your head.”

Enter Georges Cardona, an assertive fortysomething who takes an interest in fostering his students’ enthusiasm for film history, even as his tactics seem questionable in retrospect. Far more than a classroom instructive, Cardona takes Sandi and her friends around for late-night drives, as old VHS footage documents their joy rides through empty roads as if they’ve broken into the set of “Trash Humpers.” Cardona may be crossing boundaries with his students, but they’re just thrilled to break all the rules.

At first, he’s Tan’s key to realizing the creative utopia in her head, as the pair travels America together before she starts college in London. Then she writes the screenplay for “Shirkers,” and Cardona gives her the confidence to bring it to life. The production becomes a communal affair, but Cardona lords over it with a destructive air that only worsens as time goes on; he seems to consciously slow the production’s progress before stealing the end result, presumably obstructing Tan’s success as a twisted means of spreading his own failures to feel less alone in the world. “Shirkers” didn’t vanish forever because its footage becomes the backbone of Tan’s documentary. The filmmaker finally scored the footage decades later, and in the process, learned more about Cardona’s deranged track record. The root of his motives is ultimately less revelatory than the way the movie uses it to explore the fragile nature of artistic desire and what can happen when it’s left unsatisfied. Cardona may have succeeded at spreading his malady, but Tan’s innovative diaristic project means that she gets the last word.

“Shirkers” has the handmade delicacy of a scrapbook come to life, blending ample footage from the original production with candid modern-day interviews and photography. Equal parts travelogue and archival rescue mission, the ensuing drama becomes a microcosm of broader themes. While the interest surrounding Tan’s project speaks to the limited field of Singapore’s film industry, her initial passion as a young cinephile reflects the state of a country capable of absorbing Western culture without cementing a cultural revolution of its own.

Having established such potent themes and an intriguing central mystery, “Shirkers” falls short of a satisfying solution by its final third. Tan seems hesitant to reach firm answers about Cardona’s story, or the root of his obsession with her in the first place. Fortunately, those questions mainly serve as a conduit to discussions about her passion for the project.

Whether it was a botched masterpiece or simply an idealistic young woman’s first stab at finding her creative voice, Tan can’t say. After shifting careers from production to criticism before finding her way back again, she has produced a remarkable statement on the formation of a creative identity across many years and life experiences. Whatever the original intentions of “Shirkers,” some two decades years later, she found out a way to complete it on her own terms.

“Shirkers” premiered in the World Documentary section at the 2018 Sundance Film Festival. It is currently seeking U.S. distribution.

This Article is related to: Film and tagged Documentary, Reviews, Shirkers, Sundance