Back at Sundance as an executive producer of Eugene Jarecki's "The King," Soderbergh said he's ready for a whole new chapter of his filmmaking career. 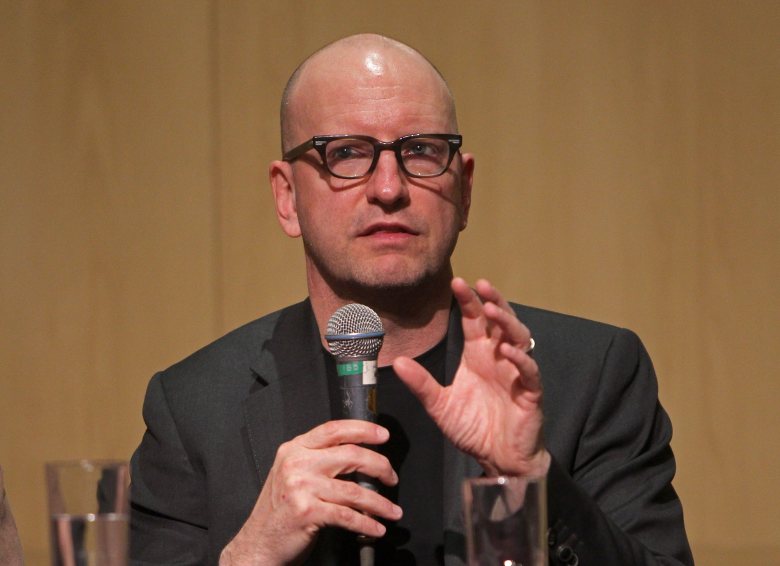 A year ago, Steven Soderbergh was putting the finishing touches on “Logan Lucky,” but had yet to reemerge publicly from his four-year filmmaking retirement. Now, with two seasons of “The Knick” behind him, he’s returned from the television arena with a whole new ethos about making movies. A few weeks before premiering his new thriller “Unsane” at the Berlin International Film Festival, he surfaced at Sundance, the festival that put him on the map 28 years ago with “sex, lies and videotape,” keeping a lower profile.

As an executive producer on documentarian Eugene Jarecki’s “The King,” a complex look at the legacy of Elvis Presley and its reverberations in American culture, Soderbergh helped suss out a plan to release the movie with a slow theatrical rollout orchestrated by Oscilloscope Laboratories. Working with the boutique New York-based company wasn’t the only indication that the veteran director has turned away from Hollywood.

Following last year’s “Logan Lucky,” his latest self-financed feature is the latest example of his desire to move beyond the studio arena for good. “I can’t imagine a scenario in which I’d get back and do that,” he said in an interview on Main Street, sitting with Jarecki a few hours before “The King” screened at the festival and reflecting on his disdain for the studio model. “I don’t know what the upside would be. I don’t think they’re necessarily looking for what I bring and I don’t know that I’m looking for what they bring. There are things they do very well and they do them.”

Soderbergh was never exclusive to bigger productions, but his studio history encompasses everything from “Ocean’s Eleven” and its two sequels to “Magic Mike.” In the wake of that effort, he was vocal about the pratfalls involved in sprawling marketing budgets that often outweigh production costs, as well as the declining interest in originality that has marred Hollywood filmmaking in recent years. With “Logan Lucky,” he raised the movie’s $29 million budget primarily by pre-selling foreign distribution rights, as well as ancillary rights, and partnered with Bleecker Street on a service deal for the theatrical release.

It was the first attempt at this model through his Fingerprint Releasing, and not exactly a rousing success — “Logan Lucky” made $8 million on opening weekend, when it played over 3,000 screens, and its domestic gross didn’t reach $28 million. He plans to tweak his approach with “Unsane,” which stars “The Crown” breakout Claire Foy alongside Juno Temple and was produced in secret last year.

“I think the way we’re going to approach on spend on ‘Unsane’ is going to be very different than the way we approached our spend on ‘Logan Lucky,’” Soderbergh said. “But I also want to be careful to not to overreact to things that I felt didn’t work and end up not being sensitive to the fact that they’re very different films targeting very different audiences.”

He recognizes that experimental releases demand patience. “I’m playing a long game here,” he said. “I’m trying to develop an approach to putting out a movie in wide release that makes some kind of economic sense for the filmmakers and the people that have a participation in the movie. It’s going to take a while.”

However, the biggest story around “Unsane” might not be its release strategy. Taking a page from Sean Baker’s “Tangerine,” Soderbergh shot the whole movie on an iPhone. While Baker has said he used a phone instead of traditional cameras due to budgetary constraints, Soderbergh said he was so impressed with the quality of iPhone cinematography that he would likely continue to use phones to shoot his movies going forward. “I think this is the future,” he said. “Anybody going to see this movie who has no idea of the backstory to the production will have no idea this was shot on the phone. That’s not part of the conceit.”

The filmmaker has experimented with digital cinematography for years, going back to 2002’s “Full Frontal,” but found that the iPhone offered unparalleled quality. “People forget, this is a 4k capture,” said Soderbergh, who was long a passionate advocate for the high-end RED cameras. “I’ve seen it 40 feet tall. It looks like velvet. This is a gamechanger to me.”

Asked if he would commit exclusively to shooting on iPhones going forward, he replied, “I’d have to have a pretty good reason not to be thinking about that first… There’s a philosophical obstacle a lot of people have about the size of the capture device. I don’t have that problem. I look at this as potentially one of the most liberating experiences that I’ve ever had as a filmmaker, and that I continue having. The gets that I felt moment to moment were so significant that this is, to me, a new chapter.”

None of this means he has abandoned his television connections — he recently produced and directed “Mosaic” for HBO, and served as an executive producer for Netflix’s “Godless.” Though he has yet to collaborate with the platform himself, he said he supported Netflix despite its disconnect from the theatrical release he prefers for his movies.

“Getting upset about Netflix to me is like getting upset about the weather,” he said. “It’s just something that’s happening and we have to decide what we feel about it. They’re not going anywhere anytime soon. For as many instances as you can say, ‘Oh, they’re being destructive or cannabalistic in this space,’ they are absolutely providing eyeballs for filmmakers in another space that just wouldn’t exist, period. I don’t see any benefit on partisanship within this arena of storytelling and trying to reach an audience. You don’t make these things to be seen in a closet.”

Nevertheless, he said that the theatrical release for “The King” with Oscilloscope was essential to generating interest in the movie, which finds Jarecki driving around the country and finding parallels between Elvis’ iconography and the way America views its own trajectory. “For this movie, because of what it is, I think the best move is a very strategic rollout across the country,” he said. “It’s a conversation that we feel should take place over a matter of months, not a lot of days. That’s not a philosophical conversation as much as an understanding of what the movie is.” In “The King” (which premiered at the Cannes Film Festival as “Promised Land” in a longer cut), Jarecki journeys across the country in a 1963 Rolls Royce, surveying a range of musicians influenced by Presley as well as his metaphorical ramifications. Drawing parallels with the current political climate, the movie shows how Presley’s transition from idealistic country boy to commercial rock star mirrors America’s broader loss of democratic values. The filmmaker said he hoped the movie could reach audiences on both sides of the political divide. “Our strategy in releasing and making the film has been not to fuel that division of hysterics,” he said. “So I didn’t choose Crosby, Stills and Nash to talk about what’s wrong in America. I chose a person that widely is understood to be a representative of the American dream. Whether somebody disagrees with that…we all, before that conversation starts, feel deeply that something in this country is not working.”

Soderbergh is optimistic about finding audiences willing to go see the movie in theaters, despite the cluttered market and rise of home entertainment. “Look, the people who are saying moviegoing is dead are the people who don’t have an investment in moviegoing,” he said. “When people say that moviegoing is dead, I go, OK, so the makers of ‘Get Out’ should’ve sold that movie to a platform? Then they don’t have this insane, crazy success theatrically all over the world. At the end of the day, it’s the filmmakers that have to figure it out.”

This Article is related to: Film and tagged Steven Soderbergh, Sundance, The King, UNSANE