The Sundance Film Festival is giving TV its brightest spotlight yet, and these Episodic entries are not to be missed. 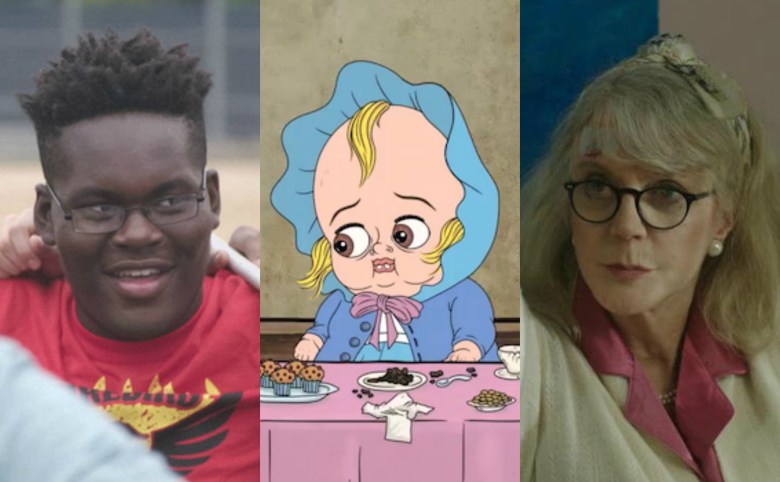 Don’t let the title fool you: The Sundance Film Festival has been featuring television programs for years, be it the slew of documentaries that end up on HBO, Showtime, and Netflix or pilots that earn a special showcase like “Animals.” did in 2015.

But 2018 is special. This year, Sundance is dedicating an entire section to episodic programming, including short-form series, docu-series, traditional pilots, and more experimental premieres. It’s all coming together under the Indie Episodic banner, and it’s all designed with one clear mission:

“There is no clear path to series if you’re trying to do it independently — if you’re going to try and shoot your own pilot, and then try and get picked up,” Sundance programmer Charlie Sextro told IndieWire. “There’s a clear way [in] making an independent film: It gets picked up at Sundance, and then it gets out to the world. It’s not so obvious within the episodic space.”

Sextro and the team at Sundance have collected an array of exciting voices to showcase in the festival’s first-ever full-on Episodic Program. Some have a background in television, others in film, and still others have been plugging away with shorts or animated projects or documentaries.

“There are still people making movies, but a lot of them are going into this episodic space,” Sextro said. “We just want to reflect what is exciting to them, and we want to kind of reflect the art that they’re making.”

Below are just a few of the exciting episodic projects heading to Sundance. Take a look at the full slate here, and any Sundance attendees can check out the screenings in Park City from Monday, Jan. 22 through Friday, Jan. 26.

“Hoop Dreams” and “Life Itself” director Steve James kicks off the Episodics section.

Tackling systemic racism in America is a big order, so Oscar-nominated documentarian Steve James spent over a year in a diverse Illinois high school trying to understand the complex issues facing these students. What results is a 10-part series filled with interviews and candid observations meant to help viewers move closer to progressive change and human understanding. Few people want to talk about racism, but rarely has the conversation been more important. Leave it to James to find a way in for us all. Directed and written by Kaitlin Fontana, this comedic docu-series follows Franchesca Ramsey as she looks for new meaning in her favorite beauty and fashion discoveries of the digital age. Episodes will star Ramsey along with a celebrity friend as they explore various trends, styles, rituals. Ramsey first made her mark with “Sh*t White Girls Say… To Black Girls,” and she’s been a funny, insightful voice ever since. This could be an exciting next step. With Emmy-winner Blythe Danner and “Twin Peaks” scene-stealer Matthew Lillard on board, “Halfway There” has two of the most recognizable faces in the Episodic section. It’s also got quite a fruitful story for the proven talents, focusing on a recovering addict who takes in his wealthy, alcoholic mother as a client when his sober living facility is about to go bankrupt. Fixing one problem only leads to another, though, and this dysfunctional family story looks to spark plenty of comedic and dramatic moments for its stars. The first TV series from Sundance veteran Nash Edgerton, who’s screened six shorts at the Festival in the past 20 years.

Hitman stories are always intriguing: Be it a serious action series (like “The Americans”) or a self-reflective comedy (like HBO’s upcoming “Barry”), the lives of those paid to take others’ consistently prove compelling. “Mr. Inbetween” leans more toward the latter, as a charismatic yet volatile hitman (Scott Ryan) tries to balance his business with a personal life. He’s a father; he’s got friends; he’s got relationships — well, he’s trying to — and he’s also got to kill people. “Mr. Inbetween” incorporates dark humor with clever conversations, making for an appealing product on paper that could play even better on screen.

An R-rated animated series with an active imagination and an “Archer” animator at the helm.

It was less than three years ago that Phil Matarese and Mike Luciano (with a little help from Mark and Jay Duplass) brought the adults-only animated comedy “Animals.” to Sundance and sold two seasons to HBO. Creator Peter Gulsvig is bringing a series with more than a few parallels to the 2018 Festival, but the story is totally his own: “Tammy’s Tiny Tea Time” tells the tale of a maladjusted 42-year-old woman who shrinks down to the size of her toys in order to play with them. Why is a middle-aged woman still playing with her toys? Well, she’s got the emotional capacity of a child — even if the show is very much for adults. “The Greasy Strangler” at the 2016 Sundance Film Festival

“The Greasy Strangler” director turns his twisted attention to TV.

In case you missed the 2016 Sundance sensation “The Greasy Strangler,” the official summary for director Jim Hosking’s new project tells you all you need to know:

“The Greasy Strangler” disgusted Midnight audiences at the 2016 Sundance Film Festival, so we are hesitant (and excited) to present the world premiere of his pilot.

Hosking is trading in his disco shoes for cop uniforms in his TV debut: Two burned-out city cops aim to retire in a relaxing tropical paradise, but they choose the wrong spot — big time. This one promises to be an unforgettable experience, no matter how you cut it. Actress Susane Lee built her own show to tell a surreal version of events loosely based on her life.

Susane Lee has appeared in well-known TV series like “The Mindy Project,” “Snowfall,” and “Rizzoli & Isles,” but she represents a growing group of on-screen creatives who are making things happen for themselves off-screen. “susaneLand” is (loosely) inspired by Lee’s life, taking day-to-day experiences and adding in a surreal, darkly comic twist for TV. In a statement, Lee said she and her cohorts “decided to create a show that we wanted to see, where the world is diverse and inclusive.” That means all the main roles, save one, are cast with women or people of color, and that means “susaneLand” is a place we’re very eager to visit. A female-led series set in Los Angeles, focused on sex, art, and their intersection.

Primarily focusing on three friends sharing a house in South L.A., “Leimert Park” is a bold comedy about ambitious and artistic individuals. Bridget (Ashli Haynes) tries to help out a visiting artist before things get a little too complicated in their romantic space. Kendra (Asia’h Epperson) records videos of her having sex for an art project she’s hoping to show off, and Mickey (Ashley Blaine Featherson) is married, but struggling to connect in the bedroom. Personal and professional collide, but don’t expect a status quo story. This one’s got bigger dreams.

This Article is related to: Television and tagged Steve James, Sundance