Nonfiction filmmakers talk about creating the look of their films and how unique production demands dictated their equipment choices. 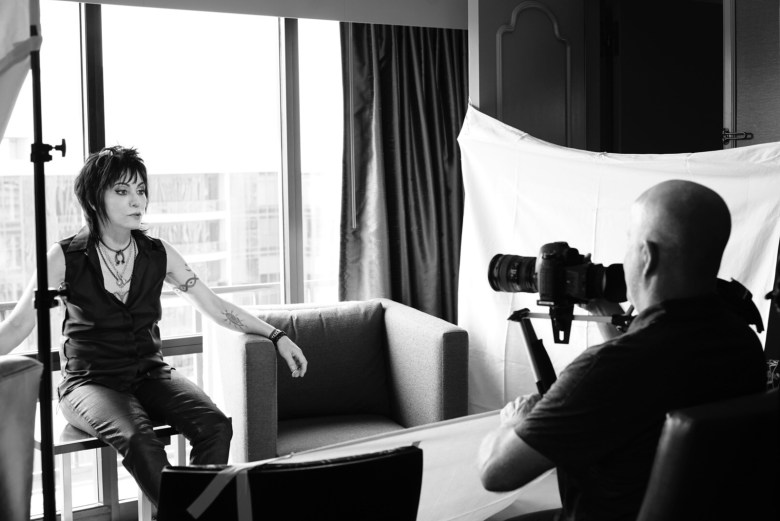 “AKICITA: The Battle of Standing Rock” “AKICITA: The Battle of Standing Rock”

Lucich: “I wish I had a fancy camera for the shoot, but honestly having that small Sony AS7 helped me navigate the war zone we were in and capture everything quickly and efficiently without really being seen or singled out by the authorities. The adaptability of the camera was incredible. The Canon C300 was used for follow-up interviews afterwards. The DJI Drone played a massive part of the film, too. It helped us tell the story and the movement of time from above.” Kerslake: “We sourced a ton of material that was shot on everything from Super-8 to RED, which creates a problem down the line of audiences having to adjust to changes in picture quality with each shot. The danger that arises at that point is that the technical issues get in the way of the story, plus it ends up exhausting the audience. I decided I’d rather take a hit in resolution and picture quality with material we shot, ourselves, just so it would integrate better with archival material in the edit, including film sources. We still gave it its own look, but every shot feels like it’s part of the same family in the end, and cutting between the different formats is nowhere near as jarring as it would have been had we shot everything 4K or 6K.” Yates: “As Flynn aged over the years, so did the cameras used to film him. The challenge for both our cinematographer Paul Yee and Editor Hannah Buck was to make the passage of time feel seamless over a decade in a young man’s life with multiple lenses, both physical and emotional. My hope is that viewers are able to immerse themselves in this coming-of-age story and not be distracted by whether Flynn’s mother, father, sister, Paul, or I are filming, and at the same time sit back and enjoy watching a mother passionately document her son.” Dir: Louie Psihoyos
Camera: We used Red Cameras, Sonys, and Canon, mostly
Lens: Zooms 15-90 and longer and a lot of primes from 11-100

Psihoyos: “Cameras are just tools. Sometimes you need a fine hex head screwdriver and sometimes you need a jackhammer. We tend to have a lot of tools in the truck, so we’re ready for a lot of different scenarios. Since we were dealing with world-class athletes, we tended to use a lot of high-speed cameras to capture awe-inspiring performance broken down in time so you can appreciate their technique. We also used a lot of drones and cable cams and always had a Movi or Steadicam operator with us. We wanted to energize every scene with movement; even our interviews have movement.” Greenfield: “Since the work has been a 25-year journey in photographs, audio, and film, it is almost a survey of the medium and the technological change which has happened over that time. [It includes] 35mm film, audio recordings, my move to digital in photography and in film, first in standard def, then high def, and finally 4k. I have worked with Canon cameras for many years in my still photography; when they transformed the camera to capture high-quality video with the DSLR, that allowed me to capture both stills and video on the same shoots. Since I have long focused my lens on the popular culture and the culture of materialism, I am interested in capturing very rich and saturated colors, and also working in low-light conditions in the most naturalistic ways possible to capture authentic and spontaneous documentary moments, often in places the camera has not traditionally been allowed. Lightweight and portable cameras and lenses with incredible light sensitivity have allowed me to capture people and places, in lighting and access conditions that would have previously been impossible.” Behind the scenes of shooting “Half the Picture”

Adrion: “We knew we wanted to shoot with four cameras — two on tripods, one with a prime lens (either a 50 or 85mm depending on the space), the other with a zoom lens to catch wides and close ups. Another camera was handheld/moving to film wides of the entire room, including the crew, occasionally me asking questions, basically capturing a behind-the-scenes look at the interview we were filming. And then we had a GoPro we set up to catch super wides of the room. These different cameras enabled us to have choices in editing, and gave viewer both the polished images of the interviews as well as the down-and-dirty view behind the scenes — of the water bottles, apple boxes, crew members in ponytails. [It] was always important in the film, showing what it actually looks like to make a movie, especially a movie with a largely female crew. We knew we wanted to finish in 4K, so the Sony cameras were a great fit as they are fairly inexpensive, light, compact, and shoot 4k.”

“King in the Wilderness” Interviewing John Lewis for “King in the Wilderness”

Kunhardt: “Oftentimes, the instinct is to hide someone’s age through flattering makeup and lighting, but on this project, with subjects in their 80s and 90s who fought alongside Dr King, those signs of age were battle scars that had great meaning. We decided to highlight these qualities and chose a lighting setup inspired by great portrait photography. To capture contours and details with a sharp focus, we used Zeiss Super Speed lenses with a razor-thin depth of field. For our b-roll we often used tilt shift lenses and the smooth motion of the Movi to give that footage a dreamlike feel.” Dir: Betsy West, Julie Cohen
Camera: Canon c300 Mark II
Lens: Our DP, Claudia Raschke, chose Cinema Primes for our interviews — 50mm and 85mm for our single-subject interviews, and a 35mm for interviews with two subjects in the frame. For most of the vérité scenes, we used Canon EF Zoom 16-35mm and the 24-70mm.

West/Cohen: “Before we settled on the c300 Mark II, we started out with a somewhat larger and fancier camera but we found the Mark allowed Claudia to be more nimble and spontaneous doing vérité shooting. Our main note to Claudia going in was that we wanted our interview subjects — Justice Ginsburg as well as her family members, former plaintiffs and friends in the fight for women’s rights — to look beautiful and real; no fakey glossy ultra-soft shots. Claudia says the Cinema Primes add great luminence to skin tones. Claudia went with an ultra shallow depth of field to make our very varied locations look nice, always keeping the attention on our subject’s faces.

The vérité lenses were selected to allow maximum flexibility in sometimes unpredictable circumstances. Claudia used the Canon EF Zoom 24-70mm to shoot Justice Ginsburg doing her workout routine with her personal trainer. The light in the gym wasn’t great and the movements and angles were changing rapidly, but almost every second of footage shot by Claudia and her 2nd Cameraman Peter Nicoll during that session was usable.”

“Robin Williams: Come Inside My Mind” Zenovich: “Because we shot in different cities at different times over several months, I had four different fantastic seasoned documentary DPs — Nick Higgins, Jenna Rosher, Thorsten Thielow and Wolfgang Held. Thorsten and Wolfgang had shot ‘Fantastic Lies’ and some interview and verite scenes on ‘Water & Power: A California Heist.’ I had never worked with Nick or Jenna before, but was excited to! I love the clean interview look that Wolf and Thorsten had done in the past for me and Nick and Jenna did as well. We wanted the interviews to look naturalistic, sharp, and cinematic. The Canon C300 and the Prime lenses were the way to go to get the look we wanted.” Behind the scenes of shooting “Studio 54”

Tyrnauer: “As a filmmaker and documentarian, my job is to take the historical record and bring those fading moments to full-color life on screen. I have always been drawn to cinema verité for documentary, even in a primarily archival story such as ‘Studio 54.’ Using a versatile and small-scale camera like the Canon C300 gave us the opportunity and lens support to seamlessly transition between sit-down interview shoots and both the planned and unplanned verité moments.

We used a variety of Canon EF prime lenses to create a low-weight camera build that still offered the opportunity for both great depth in our shoots and an intimate focus line for interviews. Although prime lenses are fantastic, our workhorse lens was the EF 24-70mm 2.8l, which gave us just the flexibility we needed to be creative but allow for spontaneity.”

Page 2 of 3
Continue Reading: Sundance 2018: Here Are the Cameras Used to Shoot This Year’s Documentaries