Hammer, Simon Helberg, and Lakeith Stanfield appear in some of the best short films from this year's festival. 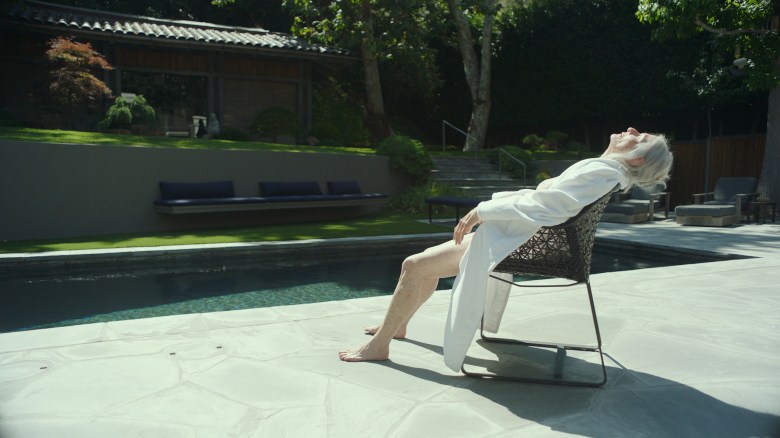 You’ll never look at QVC the same way after watching this flashy 16-minute black comedy about a housewife (Sophie Kargman) whose addiction to purchasing products sold on television turns out to be unexpectedly beneficial. Filmmaker Dev Patel earns honest laughs from the material.

Oscar-nominated actor Patel makes his directorial debut with this short. He was not available to discuss the film with IndieWire. However, in his official bio, Patel stated he was inspired to take a stab at directing as a result of working with Danny Boyle, Garth Davis, John Madden, and Neill Blomkamp.

“Julius Caesar Was Buried in a Pet Cemetery”

Green explained the doc’s genesis: “My friend MJ gave me a ride to the airport and we were early so she asked if I wanted to check out the little pet cemetery. I happen to love pet cemeteries, so I said hell yeah. I am always struck with pet cemeteries how emotional people can be – people love their pets – and can express it in ways that you can’t with other humans. So someone might say something like ‘he was the best parakeet ever!’ or ‘we are heartbroken and miss you every day!’ – stuff you’d never say on a human headstone. I find it very touching actually.”

Green, whose earlier work “The Weather Underground” was included in the 2004 Whitney Biennial and was nominated for an Academy Award, has another film at this year’s festival. “A Thousand Thoughts” is a live cinematic collaboration with the Kronos Quartet that premieres on January 22. “It’s wonderful to have two films at the fest,” Green said.

Unlike some festivals that won’t program online shorts, Sundance regularly recontextualizes internet sensations by screening them in a festival setting.  “LaZercism,” a 5-minute fake informercial hosted by Lakeith Stanfield (“Atlanta,” “Get Out”), is the latest example of this practice. (Watch it above.)

“Nailing the tone was very difficult,” said filmmaker Shaka King of his zeitgeisty film that rebrands racism as faulty eyesight. “It’s not a funny film but it does poke fun at something serious and has clearly constructed ‘jokes.’

“I was inspired by a viral clip…I can’t recall which because sadly there are so many…of a cop attempting to ‘subdue’ a black teenage girl in a classroom. And by ‘subdue’ I mean bash her face into the ground. It was like her blatantly obvious femininity and youth were imperceptible to this guy. Like he had some kind of debilitating cognitive disorder à la ‘Racial Glaucoma.’”

King, whose previously short “Mulligans” played Sundance in 2015, said he’s looking forward to seeing his film on the big screen. “I’ve never watched it in a room full of people before. I’m curious to see who, if anyone, laughs and at what moments. It’s also nice to screen at Sundance because you get audience members from all over the world in attendance.”

“As narrative filmmakers, my creative partner, Elle Lorraine, and I knew that we wanted to come into this project from that narrative point-of-view,” said Davis. “And for us, that meant approaching the film with a strong perspective. We spent a lot of time researching Mark’s body work — which is absolutely incredible. But, what we kept coming back to was his process. We knew we wanted to showcase Mark’s creative process and use it as the focus of our story, letting the construction of his art hypnotize the audience in the same way his finished pieces do.”

Asked how she anticipates seeing her doc in the context of a film festival, Davis said, “Screening at LACMA for the Art+Film Gala was like a fairytale — we were in a room with many of our idols. Sundance, however, is a filmmaker’s dream come true, something we’ve been working towards for some time.”

Davis, who participated in AFI’s Directing Workshop for Women, is a writer on Lena Waithe’s Showtime drama “The Chi.”

“World of Tomorrow Episode Two: The Burden of Other People’s Thoughts” “World of Tomorrow Episode Two: The Burden of Other People’s Thoughts”

At this point in his career, animator Don Hertzfeldt could be considered a Sundance sure thing.  Not only have eight of his shorts played the fest, he is the only filmmaker to have won the Grand Jury Prize twice.

The first “World of Tomorrow” short, which won the 2015 Grand Jury Prize and garnered an Oscar nomination, is currently viewable on Netflix.  For those who can’t make it to Utah to see “Episode Two,” the 22-minute mind-bending second encounter between a clueless 5-year old and her time-traveling adult clone can be seen on Vimeo On Demand.

Hertzfeldt explained (in his trademark lower case style of writing) the difference between making the first “WOT” and the new second chapter in his introduction to the Vimeo release: “it turns out that writing a story around the unscripted audio of a four-year-old is pretty easy compared to writing around the unscripted audio of a five-year-old. Where once I had short and expressive reactions that could be gracefully edited, suddenly I was facing down long, rambling monologues from a small crazy person.”

Needless to say, Hertzfeldt rose to the occasion and delivered yet another stellar piece that is already being embraced by his rabid fanbase and will continue to be enjoyed for generations to come.

Kim Adelman has covered must-see Sundance shorts for IndieWire since 2007.