The Austin festival has a lot of intrigue buried in its lineup this year. 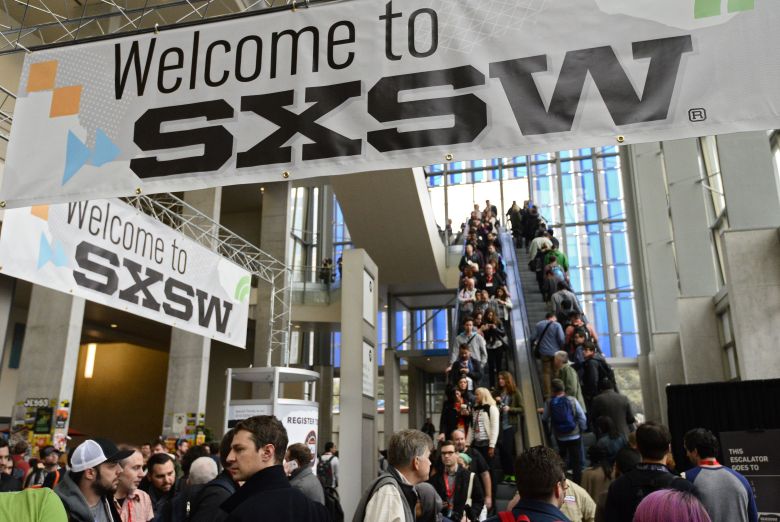 The 2018 SXSW Film and TV lineups have landed, and Austin’s programming of new films and TV shows looks like nothing else out there. As the film section enters its 25th anniversary and the festival’s top programmer Janet Pierson enters her 10th, SXSW remains a distinctive presence on the festival circuit, one that speaks to an ever-changing media landscape and the variability of filmmaking outside of Hollywood. Here are some of the standouts from the announcement.

Daryl Hannah Made an Experimental Western With Willie Nelson

As calls for supporting women filmmakers continue to dominate the industry, SXSW’s program provides a compelling response. Its 10-movie narrative competition is dominated by eight women directors, varying wildly in age and experience. These include first-time director Hannah Marks, who co-directed the drama “Shotgun” with Joey Power. Marks previously made strides as an actress, most recently with a recurring role on “Dirk Gently’s Holistic Detective Agency,” and makes her filmmaking debut at SXSW with this story of a couple whose relationship is complicated by a life-changing illness (the cast includes “It Follows” star Maika Monroe). Another notable debut is “Family,” from Laura Steinel, which follows a babysitter whose 12-year-old niece runs away to be a juggalo. The movie co-stars Taylor Schilling and Kate McKinnon.

A more familiar name at SXSW is Seattle-based Megan Griffiths, who returns to the narrative competition for the first time since 2012’s “Eden” with “SADIE,” the story of a woman attempting to preserve her household while her father’s away at war. “We try not to have people repeat competition, but because she didn’t win, we decided it’s OK,” Pierson said in an interview with IndieWire, singling out Melanie Lynkey’s performance. “I love her in anything.”

On a totally different plane, the competition also includes filmmaker Stacy Cochran with her first feature in 17 years. Cochran is best known for her satirical 1992 debut “My New Gun,” which starred Diane Lane and James Le Gros, and her output has been sparse since then. She comes to SXSW with “Write When You Get Work,” a romance split between the Bronx and an upscale school for girls on Manhattan’s Upper East Side, starring Emily Mortimer.

The women-heavy lineup extends well beyond the competition, with perhaps the most SXSW-sounding project in history: An experimental western directed by Daryl Hannah, with a cast that includes Neil Young and Willie Nelson. Titled “PARADOX,” the movie is described as “a loud Poem” and “a whimsical western tale of music and love.” Expect something off the beaten path.

SXSW usually spices up its programming with a few studio projects, and women directors surface there as well. The comedy “Blockers” revolves around a trio of parents who uncover their teen daughters’ pact to lose their virginity and attempt to stop them; the Universal-backed project marks the directorial debut for “Pitch Perfect” screenwriter Kay Cannon. The exuberant studio-comedy slot at SXSW has previously gone to breakouts such as “Bridesmaids” and “Trainwreck,” which bodes well for the reception of Cannon’s first feature. Pierson called it “funny as hell,” and it’s not the only outrageous comedy she singled out. Madeline Olnek’s “Wild Nights With Emily” marks a big step up for the director of outré queer films like “Codependent Lesbian Space Alien Seeking Same.” Her new project, which Pierson called “a more accessible period piece,” follows a single crazy night with Emily Dickinson, and features the ever-reliable Molly Shannon and Amy Seimetz in lead roles.

The festival also features two Sundance carryovers with strong female components: “Half the Picture,” which focuses on women directors in the film industry, and “Narcissister Organ Player,” a profile of Brooklyn-based mixed media performance artist Narcissister.

Aside from Griffith, several directors stand out in the lineup for their history of making waves at SXSW. These include Joel Potrykus, whose rambunctious black comedy “Buzzard” was a breakout at the festival several years ago, and he followed it up with the wacky horror-comedy “The Alchemist’s Cookbook” at the festival in 2016. “Relaxer” finds him in the typically zany Visions section with a fin de siecle story of a man wasting away the countdown to Y2K by playing Pac-Man. That mixture of deadpan situational comedy and bigger, more ominous forces should strike a chord with anyone who has previously responded to Potrykus’ work. “It’s very recognizable as his oeuvre,” Pierson said, “but it’s different, more involving. He’s such a visionary.”

Another SXSW regular is Michael Tully, who first came to the festival with the documentary “Silver Jew” and returned with the eerie midnight movie “Septien.” Now he’s back with a different kind of eerie storytelling, which Pierson deemed “more accessible,” with “Don’t Leave Home.” The supernatural drama surrounds an American artist tracking an urban legend to an old estate in Ireland. Also in the Visions section, writer-director Yen Tan returns to SXSW after his quiet gay 2013 drama “Pit Stop” with “1985,” the Virginia Madsen-starring tale of a young man who struggles to hide a secret from his family over the holidays. Another returning filmmaker in the competition is Jim Cummings. He makes his feature-length debut at the festival with “Thunder Road,” an adaptation of his acclaimed short film, which won the Grand Jury Prize at Sundance prior to playing at SXSW. The movie, filmed in a single shot and set at a funeral, continues a recurring SXSW presence for Cummings. He previously attended as a producer of “Euphonia,” a major discovery in the 2013 lineup, served as an associate producer on the 2015 Grand Jury Prize winner “Krisha,” and directed bumpers for the festival.

Though SXSW’s Visions section usually focuses on newcomers and directors who work off the grid, one name stands out from that trend this year: Timur Bekmambetov, the Hollywood filmmaker best known for “Night Watch,” “Wanted,” and “Abraham Lincoln: Vampire Hunter.” He comes to SXSW as the director of “Profile,” the story of an investigative journalist who goes undercover to interact with ISIS recruits online. The latest in a trend of moves set exclusively within the confines of a computer screen (2018 Sundance selection “Search” did it as well), “Profile” follows Bekmambetov’s presence at SXSW as a producer of the Universal horror effort “Unfriended,” which also used the device. Pierson said the new movie caught her by surprise. “When it started, I didn’t want to keep watching it,” she said, “and then it became one of the most gripping suspense movies I’d ever seen. It feels like it’s using cinema in a whole new way.”

Another big name in this year’s lineup is Christopher Plummer, fresh from his heroic last-minute performance in “All the Money in the World,” with the Sony Pictures Classics title “Boundaries.” The movie, directed by Shana Feste (“The Greatest,” “Endless Love”), finds Plummer as a troublemaking con man kicked out of his retirement home for selling drugs and heading across the country with his grown daughter (Vera Farmiga.) The cast also includes Christopher Lloyd and Peter Fonda. “It’s really entertaining,” Pierson said.

TV Steps Up Its Game

SXSW was among the first film festivals to add television programming to its lineup, and became a pivotal launch pad for shows ranging from “Girls” to “Cosmos.” The Episodics lineup is more varied than ever this time around, with a blend of anticipated series and potential discoveries. One of the more exciting selections is the premiere of “The Last O.G.,” which stars Tracy Morgan as an ex con who comes back to society after a 15-year stint in jail. The first entry was directed by Jorma Taccone, but the show was created and produced by Jordan Peele, who became an international phenomenon with “Get Out” as this series went underway. Pierson called it “funny, biting and timely.” She also singled out “Vita,” a fascinating new show jointly produced by two of the most exciting international filmmakers working today — So Yong Kim (“Treeless Mountain”) and Alonzo Ruizpalacios (“Gueros”). The show revolves around Mexican-American sisters in L.A. who must contend with their mother’s problematic past. “It’s super cool,” Pierson said, noting that the show deals heavily with gentrification. “I really like how the theme is handled.”

Other TV highlights include “Barry,” the hit-man comedy starring and created by Bill Hader, as well as a spate of episodic pilots that have yet to be announced.

Bill Murray, Cardboard, and the Alt-Right

While Sundance is typically known for issue-driven documentaries, SXSW tends to showcase more personal non-fiction projects. Among the quirkier offerings this year is “The Bill Murray Stories: Life Lessons Learned From a Mythical Man,” which is exactly that: an unauthorized look at the swirling anecdotes about Murray’s random appearances in people’s lives. Murray wasn’t interviewed for the project, but Pierson said it hardly matters. “I just love this film,” she said. “There are all these stories about Bill Murray showing up at a party or at someone’s house with a pizza. This film is about people who have those stories. You’d think you couldn’t make a film about that, but it’s a beautiful and heartfelt.”

In discussing the more offbeat documentaries in the lineup, Pierson also pointed to the Japanese documentary “From All Corners,” a profile of cardboard artist Fuyuki Shimazu, who builds structures and objects out of cardboard he finds on the street. “It’s a world beneath your feet, with an obsessiveness I find so delightful,” Pierson said.