In a year of slow sales for traditional movies, VR came out on top. So what happens now? 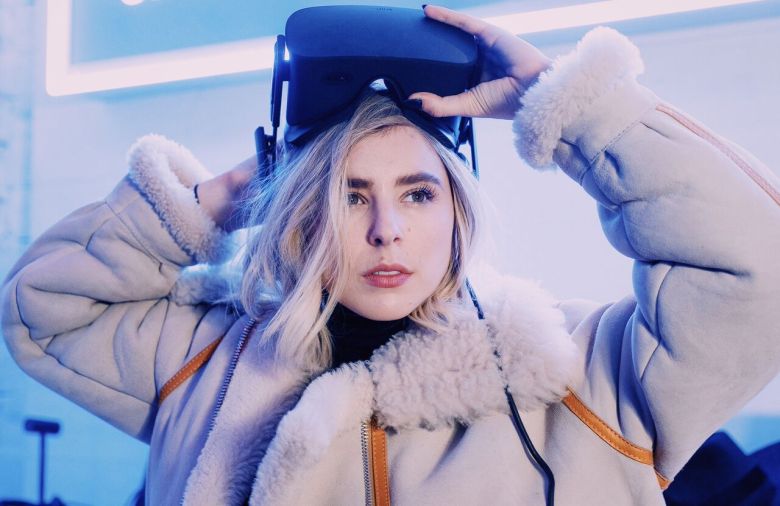 While everyone was busy complaining about slow sales at the 2018 Sundance Film Festival, something remarkable happened: The festival saw its first major VR acquisition. For a reported low-to-mid seven figures, CityLights bought the three-part VR series “Spheres,” directed by science-storytelling whiz Eliza McNitt, narrated by Jessica Chastain, and executive produced by Darren Aronofsky.

A few days later, in the first sale of a VR documentary at Sundance, Dogwoof acquired “Zikr: A Sufi Revival,” directed by Gabo Arora​. “Zikr” is a 15-minute interactive VR experience that uses song and dance to transport four participants at a time into ecstatic Sufi dance rituals; in addition to location-based installations, the deal includes funding for an online version of the VR experience that allows multiple players to be networked at once.

In the six years since the festival’s New Frontier section presented its first VR piece, Nonny de la Pena’s “Hunger in LA,” the format has faced more tolerance than warmth. However, these sales could represent a sea change: Buyers are willing to pay significant sums, and those buyers include traditional distributors.

While the just-launched CityLights will roll out “Spheres” on VR platforms (first on Oculus Rift, with others to follow), Dogwoof is a 14-year-old documentary producer, sales agent, and UK theatrical distributor that had its own film at Sundance with World Cinema Documentary selection “Westwood: Punk, Icon, Activist.” Dogwoof acquired “Zikr” through its newly formed VR-focused company, Other Set.

Arora expects “Zikr” will be available via home VR systems as well as in LBEs — location-based entertainment installations — in places like museums and art venues.

LBE was this year’s hot buzzword at New Frontier. While an LBE can refer to a museum installation (like Alejandro González Iñárritu’s “Carne Y Arenas” at LACMA), the real excitement is for building something akin to modern-day arcades — much as the videogame industry did until home consoles could provide a more sophisticated experience.

“New Frontier itself is a location-based entertainment center and always has been. A lot of the New Frontier artists have been tapped for the openings of some of these new centers,” New Frontier chief curator Shari Frilot said in a phone interview from the festival. “People are excited to go with other people to check out something new and fresh that they haven’t already experienced.” New Frontier also created a model for VR monetization through its virtual reality theater space, The Box. It used Two Bit Circus’ 360 video-sync technology to simultaneously run a curated program of 360 videos on 40 headsets, allowing audiences to experience the same content at the same time. Frilot and New Frontier previously experimented with a 360 sync screening in 2016, when they showed Lynette Wallworth’s early VR piece “Collisions” simultaneously to 250 people at the Egyptian Theater.

Frilot also noted that LBEs can help overcome a lingering issue facing the VR industry: the intimidation factor. “There’s something to be said for going to experience VR where you have someone who knows their way around the equipment to help you,” she said. “VR can still be a little intimidating for the average consumer, and the LBEs are going to make a real impact with that.”

Hollywood’s response to the burgeoning VR industry has ranged from bemused disinterest to cautious optimism; no one wants to be caught not keeping an eye on this whole VR thing, but neither has anyone quite figured out what to do with it — or, more to the point, how VR makes money. While these sales are interesting in and of themselves, it’s worth noting that both projects center around storytelling rather than tentpole IP.

Arora was inspired to make “Zikr,” a “musical 360 documentary experience” after observing Sufi Muslim euphoric dance rituals helped shift his own deeply held prejudices about Islam. Arora was raised Hindu in a family that experienced discrimination by Muslims, and he sees “Zikr” as an opportunity to model how minds and hearts can be changed by opening people to other cultures. Working with Dogwoof, he says, is “an important first step, to join forces with them in collaborating and do something that’s never been done before.”

Fred Volhuer, co-founder of Atlas V, the immersive entertainment company that co-produced “Spheres,” said the sales prove what he already knew: VR is just fine, thanks. “We have been hearing a lot of contradictory stories about the VR space, studios were closing, people are getting nervous,” he said. “I was all the more shocked because I was already working on [the acquisition of ‘Spheres’] even before Sundance. I wanted so much to write a memo to say: ‘It’s unfair to say the market isn’t working, when it’s just a specific problem with one or two companies.’ We could even say VR is thriving because of all the beautiful content we’ve seen at Sundance this year.”

Aronofsky, whose Protozoa Pictures executive produced “Spheres,” said he was drawn to McNitt’s blend of story and science. The director first became interested in VR in the ‘90s, when he met the pioneering computer scientist Jaron Lanier, who coined the term virtual reality. “It was all very fascinating, but then I went down the filmmaking path for a long time,” Aronofsky said. “I’ve been approached to do stuff, but I’ve been busy telling narrative film stories for a while and hadn’t found the opportunity to do it.”

Aronofsky said Protozoa helped McNitt tighten her story, a guidance that served as a kind of paying forward. “I enjoy producing and helping young filmmakers — I remember at one point being a struggling filmmaker myself and wishing I could have that kind of help,” Aronofsky said. “Eliza is a pretty exceptional person and full of energy and drive. I love her connection between science and storytelling. For me, it was about creatively supporting Eliza, and I was as surprised and excited as anyone when it sold.”

McNitt said she initially balked at the idea of applying classical storytelling to her film. “When we first met, they asked me: ‘What is the hero’s journey?'” she said. “At first I was resistant to them. I said, ‘Look, this is VR, it has a bit of a different journey.’ But they pushed me to realize there is a journey and the hero is you and as you go through this experience, what you experience is the hero’s journey… it was very exciting and inspiring to find Protozoa and to see how deeply they believe in science and storytelling.”

While the attention of acquisition execs brings optimism to the VR community, they also bring the observer effect: their interests inevitably shape and shift the developing VR content space. As the industry takes VR content seriously, devs and artists who pitch to VCs will need to learn how to pitch to Hollywood, which is a different game with its own rule book.

“If you look at how literature, music or cinema developed as craft, it started with artistic, specific work and then it creates industries and jobs and then blockbusters,” said Atlas V co-founder Arnaud Colinard, who co-produced “Spheres” and “Battlescar,” another New Frontier project. “In Hollywood, they want to start already with the blockbuster. And I think the problem is that when you have an industry that is pushing already for mass adoption and the blockbuster, there is a risk to kill the identity of this medium… it’s not the ‘Pixar of VR,’ but it needs some great director of indie film to simply tell a great story.”

Atlas V plans to work with directors and screenwriters who don’t come from the VR industry and support them with technical teams who can help them realize their creative visions. “Programmers, there are a ton of them, very talented,” Colinart said. “But right now we need storytellers, people with a point of view and with something to say,”

That commitment to storytellers seems imperative. On VR panels throughout 2017 at Sundance, SXSW and beyond, conversations acknowledged that the absence of compelling stories prevented wide acceptance of VR and 360 content, and focused on the need for the VR industry to fund storytellers’ projects.

Former New Regency development exec Ryan Horrigan, who’s now chief content officer for VR pioneers Felix & Paul Studios, said the deals are encouraging but they don’t mean the industry quite has things figured out. “Maybe it’s like when Netflix had its first sale at Sundance and it will lead to more sales for more content creators,” he said. “What we think about at Felix & Paul is probably exactly what the producers of ‘Spheres’ and Joel [Newton, co-founder of CityLight] are thinking about, which is: ‘How are we going to make money from it?’”

His conclusion: “There’s no right answer,” he said. “We’re going to try a lot of new things. We self-distribute across platforms. We’re looking at the indie film world as a model. We are asking questions, like: How many monthly views do we need to make the distribution models work? So that we have P&Ls and we can show financiers that it’s backed up by real-world models that are familiar to them from the film industry. Get a bit of money from various places, leverage different territories, leverage different windows.”

Frilot noted that the content stirring the most interest tends to be episodic series, rather than one-offs. “Pay attention to the fact that this sale (of “Spheres”) is around a series,” she said. “You can build a business plan around VR series at LBEs. And then when you have someone like will.i.am involved with a series, and you connect that with brick-and-mortar space and community and people connected in a room together, it becomes more than just the technology. It becomes a movement around the content.”

This Article is related to: Film and tagged Darren Aronofsky, Sundance, VR