Here's a rundown of the live-action short film nominees, including the two most likely to win the gold in March. 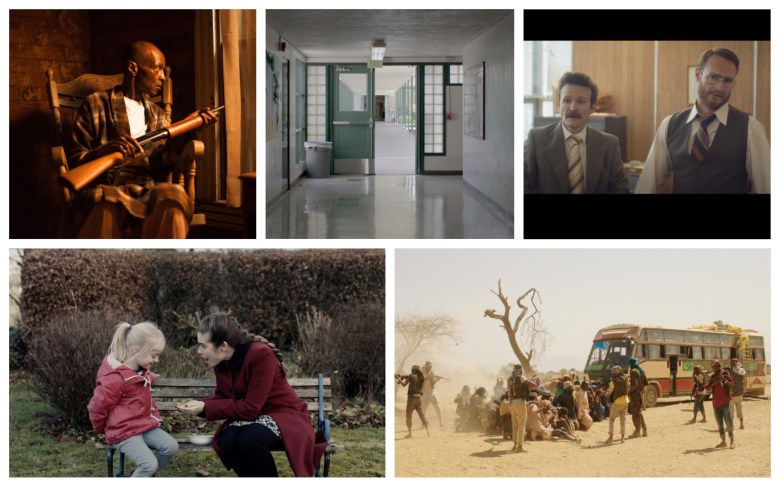 This year’s batch of Oscar nominated live-action shorts — five in total, including two from the United States — features a startlingly varied selection, from topics to genre (there’s even a stray comedy in here). Yet, despite the wide range of films on offer for this year’s award, the five nominees are bonded by a strong take on timely political issues (from gun control to religious tolerance) and personal anxieties that hardly seem out of place in seriously strange times. Look closely — this batch might not be as unconnected as it seems.

As is awards season tradition, ShortsHD will be releasing this year’s short film Oscar nominees — including live-action, animated, and documentary — into theaters around the country next week, all in hopes that cinephiles will spark to the idea of checking out a big batch of contenders they most likely haven’t yet had the chance to watch. Here’s what that first group looks like, including two very strong frontrunners in the form of the equally stirring (but very different) “DeKalb Elementary” and “The Silent Child.” Reed Van Dyk’s brutally unsettling short picks up during a seemingly normal day at the eponymous DeKalb Elementary, a bustling and friendly neighborhood school filled with people who don’t bat an eye when a gruff stranger arrives in the front office unannounced. Initially shot from behind, all the better to temporarily remove the audience from what will soon become nearly unbearably tension, that interloper has only bad intentions, and he’s played with palpable understatement by “Eastbound & Down” star Bo Mitchell. Armed with a giant semi-automatic gun — where’d he get that weapon, anyway? — Mitchell’s Steven Hall has arrived at DeKalb with a plan that will likely only end in bloodshed and trauma. But he didn’t count on Cassandra (a stunning Tarra Riggs) to be waiting for him.

Like many of its fellow nominees, “DeKalb Elementary” was inspired by actual events — Van Dyk pulled material from a real 911 call placed from an Atlanta, Georgia school to frame his narrative — and follows the kind-hearted Cassandra as she attempts to talk Steven down from decisions that grow increasingly hazy as the short winds on (and his mental state winds down). Artfully shot, the film utilizes its confines with ease, staying tightly focused on the increasingly claustrophobic office, even when Steven pushes outside the frame to deliver warning shot after warning shot at the off-screen police. Yet Riggs is the main attraction here, anchoring the film with a forceful and fully realized performance that feels as lived-in as anything in “DeKalb Elementary,” and one that manages to ride the variances required of an occasionally whiplash-inducing storyline. This is one of two likely frontrunners in the category. And here’s the other one. Chris Overton’s heartbreaking and beautifully lensed “The Silent Child” is the nominated short that could readily translate into some kind of feature version, while still offering a rich experience in short form. Written by star Rachel Shenton (an outspoken advocate for the deaf community best known for her work on the series “Switched at Birth”), the film uses her well-intentioned social worker Joanne as an entry point into the cloistered world of a profoundly deaf child. Young Libby (Maisie Sly) is the only deaf member of a hearing family, and as she readies to enter school for the first time, her parents have finally gotten hip to the fact that she needs extra attention. Joanne arrives to teach Libby sign language, finding a bright child, filled with things to express — hardly the restrained and uninvolved kid that her mother has made her out to be.

Outdated attitudes about the possibilities of her condition have long hamstrung Libby’s development, and Joanne is forced to contend with numerous road blocks during her teaching. Among them: Libby’s parents are opposed to any progress that would further deepen her ties to the deaf community, and her mother (Rachel Fielding) has a strange detachment to her daughter’s plight. “She is normal, Sue, she’s just deaf,” Joanne tells her during one harrowing phone call, but Sue is having none of it. The emotional depth of the story, aided by Joanne and Libby’s quick bond, sticks.

“The Silent Child” packs a wallop of a timely message — the film’s end credits offer educational stats on deaf children and a call for sign language to be more readily available in schools — but it’s one film that delivers all on its own, including a knockout final sequence that aims right for the heart. The lone comedy in this year’s batch of nominees, Derin Seale and Josh Lawson’s twisted and clever “The Eleven O’Clock” is the sort of story meant to be told through a time-constrained medium (anything longer than a generous short would likely prove to be brain-meltingly obtuse). A nifty play on the concept of “waiting patiently,” the film centers on a pair of men (writer Lawson and Damon Herriman) who are both anxiously anticipating an appointment with a new psychologist…or is it a new patient?

Buffeted by a few nifty caveats — the doctor’s receptionist is out for the day, replaced by the wonderfully daffy Linda (Jessica Wren), for one — the central conflict and complication of “The Eleven O’Clock” is happily delivered with the minimum of fuss. One of these men is a psychiatrist, the other is a patient who believes he’s a psychiatrist, and we have zero idea which is which. Consider this one a “who’s on first” for the therapy set: The film hinges on clever wordplay and increasingly fraught performances by both Lawson and Herriman, as they face off during what should be an otherwise normal appointment, daring both each other and the audience to flinch, or at least to make a snappy judgement call as to who is who.

Both make strong cases for their (possible) identity, and Lawson and Herriman form a very funny pair indeed. Lawson and director Seale know just when to wrap it up, too, and “The Eleven O’Clock” comes to a well-calibrated end with an unexpected final twist that offers solid answers, along with new questions. Another nominee based on a true story — though that’s not mentioned until the final credits, a touch too late to deliver the necessary grounding — Katja Benrath “Watu Wote: All of us” provides a hard-won lesson in empathy and perspective. Centered on young Christian Jua (a quietly powerful Adelyne Wairimu), the film takes its shape from a particularly ill-fated bus journey. Initially reticent to sit with a Muslim woman and her child, Jua is forced to swallow her prejudices in order to get where she needs to go (literally and figuratively). The short steadily builds its tension as the bus makes its way across the Kenyan landscape — there’s men with guns everywhere, and suddenly they are without a necessary escort — ably adding a sense of unease to what should be a safe ride.

Eventually overtaken by Al-Shabaab terrorists, Jua and her fellow riders are expected to contend with extraordinary circumstances. And they do, together. Benrath’s film is a gritty, honest exploration of fraught bonds and timely connections, delivered without grandstanding or blame. That it’s a true story makes it all the more stirring, and it’s hard not to hope that courage on display with its vivid characters can’t continue to translate off the screen and into the “real” world. Kevin Wilson Jr.’s short “My Nephew Emmett” admirably tackles a seminal moment in American history — the hours before the lynching of Emmett Till in 1955 Mississippi — but loses its grip on its material in pursuit of an oddly understated narrative. The film lacks much in the way of tension or forward motion, a weird feat considering its short running time and the terror it’s hurdling towards, and its mostly calamity-free first half does little to set up what’s to come. Wilson is aces at setting up place and time, though, and the small sharecropper’s house that the Wright family occupies is both claustrophobic and comforting in equal measure. It’s clearly a home with a history.

Wilson’s choice to ground the film in the perspective of Till’s uncle Mose Wright (L.B. Williams) is a compelling one, and when the mob comes for Emmett, it’s Mose who must stand his ground. That’s when the film’s relative calm works best, with Mose attempting to keep the predators at bay, frantic with the knowledge of what’s to come. Focusing on Mose also allows Wilson to end on a powerful coda, one that blends the very real past with his well-intentioned narrative.

The 2018 Oscar Nominated Short Films will be in select theaters on February 9. Find out where you can see them right here.