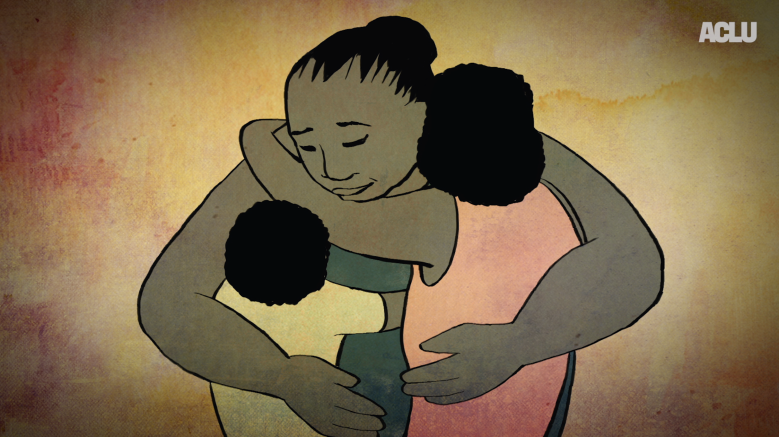 At this year’s Sundance Film Festival, the American Civil Liberties Union’s Campaign for Smart Justice hit the annual event with a major new milestone: revealing its first-ever batch of Sundance-debuting original content, care of a trio of animated short films that tell the first-hand stories of three people who have been incarcerated: Lavette Mayes, Jason Hernandez, and Johnny Perez. You can read more about the project and its genesis right here.

Each film sensitively and honestly depicts the cost and impact of imprisonment, including its effects on not just those that are incarcerated, but also their families and communities. By using the firsthand accounts of Mayes, Hernandez, and Perez, the short films also shine an important light on how things like cash bail and extreme sentencing further exacerbate already tough circumstances.

The ACLU Campaign for Smart Justice is “an unprecedented, multiyear effort to reduce the U.S. jail and prison population by 50 percent and to combat racial disparities in the criminal justice system.” They are currently working in all 50 states for reforms with the aim “to usher in a new era of justice in America.” The ACLU Campaign for Smart Justice is fighting in the legislatures, the courts, and in the streets to end mass incarceration. You can join the movement to end cash bail.

“Lavette, Jason, and Johnny know all too well the disastrous and life-changing impact of incarceration. Their experiences mirror those of millions of people across the country who are targeted and victimized by our broken criminal justice system,” said Udi Ofer, director of the Campaign for Smart Justice at the ACLU, in an official statement. “We are marking the one year anniversary of the inauguration of Donald Trump, and the resistance that it has launched, by partnering with Sundance to lift up stories of Americans who face injustices due to government policies. Ending mass incarceration is about reckoning with the damage it has done to millions of people, particularly families living in underserved communities across the country.”

After the films debuted at the festival, Daveed Diggs — who was attending the festival for the world premiere of his own “Blindspotting,” which he starred in, co-wrote, and produced — moderated a panel featuring each of the films’ individual subjects. Now you can watch each of the three short films below:

This Article is related to: Uncategorized and tagged ACLU, Short Film