The "Annihilation" director is sharing some new details about his highly-anticipated move to cable television. 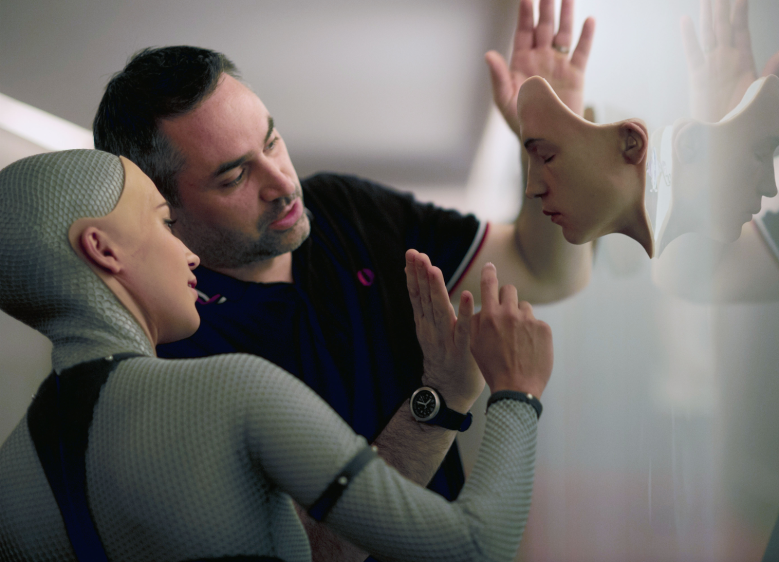 Update (March 13): FX has officially made a pilot order for Garland’s FX series.

Earlier: Alex Garland is Hollywood’s current visionary when it comes to science-fiction, and he’s getting ready to take his talents to the small screen for his first television project with FX. The “Annihilation” director made headlines earlier this month when he said his television show would be in the same vein of sci-fi as his beloved directorial debut “Ex Machina,” and now he has revealed more concrete information to Collider.

Garland’s FX series is titled “Devs,” which is a nod to software developers and teases what the general story is about. According to Garland, the show is set in San Francisco and is only being designed for one season, “self-contained” story, although certain story threads could lend themselves to a follow-up run of episodes.

“It’s about a particular aspect of technology at the moment which is to do with very, very big data and very powerful processing power, and what can happen when you put those two things together,” Garland teased of the plot. “It’s set in San Francisco, a sort of tech story.”

Garland says the plan is to begin shooting the project in six months, and he confirms he’s already starting the casting process and location scouting. Here’s what Garland had to say about the project earlier this month:

It’s a sort of science fiction, but it’s a much more technology based science fiction whereas ‘Annihilation’ is a more hallucinogenic form of sci fi and a more fantastical form of sci fi. This is slightly more in common with projects I’ve worked on like ‘Ex Machina‘ or ‘Never Let Me Go,’ which are taking something about our world now — not our world in the future, but our world as it is right now — and then drawing sort of inferences and conclusions from it.

This Article is related to: Television and tagged Alex Garland, Devs, FX