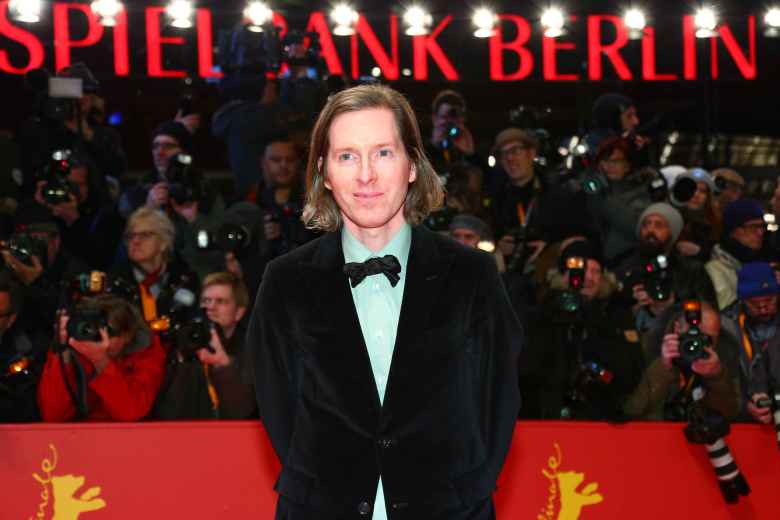 Wes Anderson at the ‘Isle of Dogs’ premiere

To the chagrin of #MeToo activists and 23,000 petition signers, Berlin International Film Festival director Dieter Kosslick dismissed a request to lay down black carpet for guests attending Thursday’s opening-night premiere of “Isle of Dogs,” the latest Wes Anderson film. Deadline reports that Kosslick — who will step down when his contract ends in May 2019 — said he wants to “delve deeper into the #MeToo discourse, deeper than our carpet allows,” and thus “laying out a black carpet at the Berlinale is not the path we have chosen.” Tilda Swinton, Wes Anderson, and Greta Gerwig on the red carpet for the opening ceremony of the 68th annual Berlin International Film Festival

The Change.org plea to change the carpet color from red to black was drafted by German actress Claudia Eisinger. “We fully understand the motivation behind Ms. Eisinger’s petition,” Kosslick said. “But for the festival, we made a conscious decision not to engage in symbolic politics.” In addition, Kosslick responded to a suggestion that the film’s star-studded cast planned to wear black, echoing the monochromatic visual protest of January’s Golden Globes, by proclaiming, “Everybody can choose how she or he wants to walk the red carpet — freedom of expression.” Kosslick ultimately opted for a black ensemble himself; Anderson and his “Isle of Dog” voice actors Tilda Swinton, Greta Gerwig, Jeff Goldblum, Bryan Cranston, and Bill Murray wore primarily black outfits for their stroll into the screening at the Palast theater. This year, the 68th annual festival’s program includes the panels “Closing the Gap. A Seminar With Creatives and Financiers on How to Take Action Towards 50/50 by 2020,” and “Culture Wants Change — A Conversation on Sexual Harassment in Film, Television and Theatre.” Kosslick said that the predatory allegations against Harvey Weinstein and others have, “unmasked shocking dimensions of coercion and abuse. Above and beyond sexual violence, the public discourse has led us to challenge the balance of power and role models in society. We at the Berlinale firmly believe in the importance of the actions and debates around the #MeToo movement.”

The festival’s 2018 jury president, German director Tom Tykwer (“Cloud Atlas”), made it known at the February 15 kickoff press conference that although he supports the #MeToo and Time’s Up movements, he wants to focus less on individual offenders. “It’s good that [the conversation] turns away from the individual person-related cases and is taken serious from the point of view of content,” Tykwer said, seated alongside jury members like “Moonlight” producer Adele Romanski and Time magazine film critic Stephanie Zacharek. “It’s about work ethics and the abuse of power, which are very important, and sometimes you don’t talk about those because you only talk about people behaving badly and pointing the finger at these people.” Besides the black-carpet debate, the hours-old Berlinale faces yet another #MeToo-related dispute. South Korean writer-director Kim Ki-duk has been invited there to screen his newest work, “Human, Space, Time and Human,” in its Panorama section. Yet according to Variety, last year an unidentified actress from his 2013 film “Moebius” sued Ki-duk for sexual assault, an accusation he denied. The case was dismissed, but Ki-duk was ordered to pay a settlement for slapping the actress on the first day of filming, what he described as an “acting lesson.”

“Berlinale Panorama has decided to eschew prejudgment and will present Kim Ki-Duk’s most recent film ‘Human, Space, Time and Human’ in the 2018 Panorama program,” read a statement from Kosslick. “However, the Berlinale condemns all kinds of violence on set — be it of sexual or other origin.” Panorama section head Paz Lazaro also spoke out about the controversial selection: “Kim Ki-Duk’s film ‘Human, Space, Time and Human’ broaches the subject of violence perpetrated by men against their fellow humans, in part through the use of graphic images, and can be understood as an allegory on savage humanity. We made a conscious curatorial choice in selecting the film for presentation, and in inviting the filmmaker to discuss the film. Kim has agreed to participate in this debate and any debate that may go beyond the film itself. We decided not to accept quick answers to complicated questions, and we want to create a space for open dialogue — in the cinema and beyond.”

The Berlinale continues through February 25.

This Article is related to: Film and tagged Berlin Film Festival, Isle of Dogs, MeToo