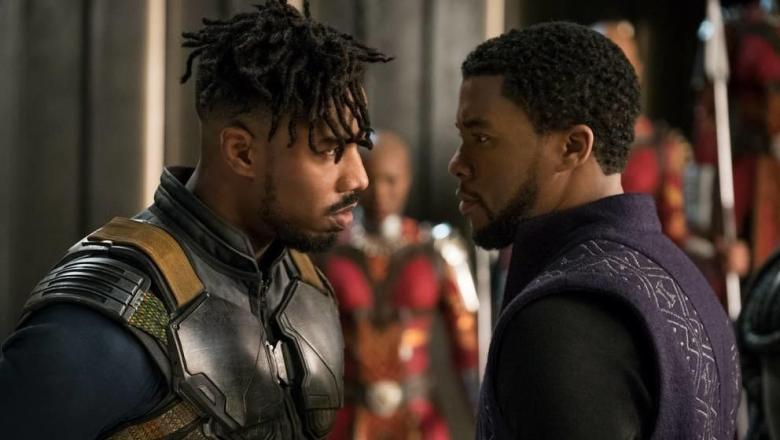 Is the age of the jam-packed, overstuffed post-credits Marvel movie experience over? After “Guardians of the Galaxy, Vol. 2” director James Gunn unspooled not just one, not two, but a full five post-credits scenes in his latest film, the rest of his Marvel Cinematic Universe brethren has kept it relatively short — “Spider-Man: Homecoming,” “Thor: Ragnarok,” and now “Black Panther” have only unleashed two scenes apiece. But where will fans get all-important information about what’s to come, as aided by a humorous cameo and an extra jolt of fun? Looks like it’s back to the actual film itself. Mostly.

Ryan Coogler’s first MCU film includes a pair of post-credits scenes, one of which feels like an interesting coda to the more serious elements of the Chadwick Boseman-starring film (read: this thing really could have been included in the actual feature itself), the other that seems like the kind of thing all but required by the MCU these days (essentially a little tease at what’s to come in the next film, the massive team-up undertaking that is “Avengers: Age of Ultron”).

Still, one of the elements of Coogler’s debut foray into the wide world of the MCU is how well it works on its own, serving as a full-scale introduction to the wonderful world of Wakanda without requiring much in the way of prior knowledge. It’s less beholden to other MCU films than the majority of its predecessors, and it’s truly exciting to see how that kind of thing can work in a film that is part of the world’s biggest franchise. But even something as refreshing as “Black Panther” has to offer some links to the rest of the movie universe it inhabits, and that’s the primary aim of both post-credits scenes.

Here’s what they are and how they tie back in the rest of the MCU (and its very big future).

(Spoilers ahead for both “Black Panther” and its post-credits scenes.)

The central conflict of “Black Panther” is both an emotional and a political one: since its inception, the country has guarded its most precious resource, the super-metal Vibranium, believing that interlopers would raid the country of the resource and leave them with none. Wakanda has spent the intervening years using its hefty Vibranium stores to advance its technologies, to guard its stunning main city, and to build a reputation as a cutoff third-world country will little to offer the rest of the planet. It’s a scheme that’s worked — and that it was put into place makes sense, especially when many of the events of the film start to play out — but it’s one that’s become increasingly untenable. Many of the characters in “Black Panther” — from King T’Challa (Boseman) to big bad Erik Killmonger (Michael B. Jordan) to T’Challa’s love Nakia (Lupita Nyong’o) — are forced to grapple with this choice and the future it holds. By the time the film concludes, it’s become clear that Wakanda can no longer obscure its greatest gift, and the first post-credits scene shows the political ramifications of this hard-won decision. Set at a UN meeting in Vienna, it sees T’Challa, Nakia, and general Okoye (Danai Gurira) arriving with the intention to finally reveal what Wakanda is really about.

King T’Challa (AKA Black Panther) announces to the assembled members of the council that Wakanda is now prepared to offer aid to anyone — any person, any country — in need of help, a statement met with indifference by a confused pack of people. When one UN member asks T’Challa how a third-world country that, to their knowledge, has no technology and less money, can help others, the superhero answers with a sly smile. In the audience, CIA operative — and new Wakanda fanboy! — Everett Ross (Martin Freeman) grins.

It’s a nice moment, to be sure, but it’s also one that opens up T’Challa, his people, and his country to new scrutiny and new threats. Turns out, once you tell the world you’re a hyper-advanced superpower in the making with a massive store of the world’s most precious super-metal, some stuff is going to change. The first full-length trailer for “Avengers: Infinity War” doesn’t hold back on that front, either, making it very clear that a large-scale battle is coming for Wakanda.

The last time we saw Sebastian Stan’s Bucky Barnes (AKA The Winter Solider), it was in a “Captain America: Civil War” post-credits scene set in Wakanda. The superhero (or supervillain? ah, that’s the rub) had traveled there with best pal Captain America (Chris Evans) and, oh yeah, T’Challa himself, all the better to partake in Wakanda’s wondrous technology. Eager to finally kick Hydra out of his brain, Bucky offered himself up to the Wakanda tech wonks, putting himself back into cryogenic sleep until he can finally be cured.

And, yes, Bucky is still in Wakanda. He emerges in the final post-credits scene — most definitely no longer in a sleep tank, he’s basically out in the countryside — to a gaggle of curious Wakandan kids, who still seem transfixed by the strange man they refer to as the White Wolf. Also present: T’Challa’s science genius kid sister Shuri (Letitia Wright), who has clearly used her prodigious brain to finally cure him. We know Bucky would be back in action for “Infinity War,” but this scene indicates that he’ll rejoin the team in fine shape indeed.