More of this week's news for industry insiders. 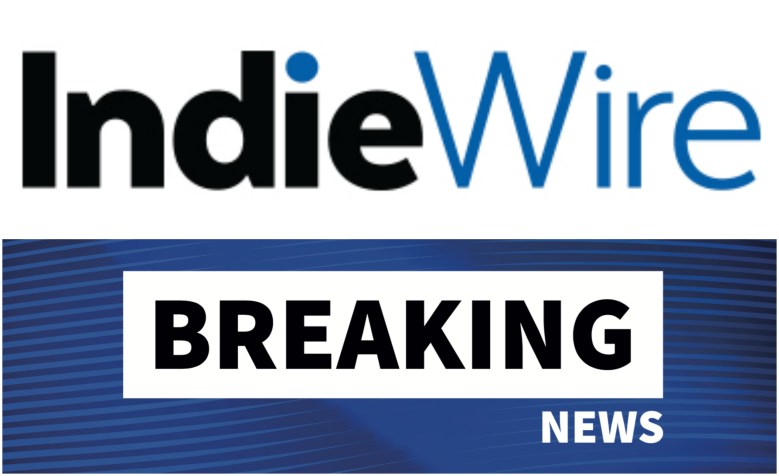 – Mangurama has announced a deal for the North American theatrical release of Randall Wright’s heart-warming documentary “Summer in the Forest.” Abramorama, R2W Films, Rockhopper Films, and FilmWrights have partnered on the North American theatrical release of the film, opening in New York, on March 23 in honor of World Down Syndrome Day (March 21), and select cities nationwide thereafter.

– Netflix has acquired worldwide rights to Sandi Tan’s “Shirkers,” which had its world premiere at the 2018 Sundance Film Festival, where Tan won the Directing Award in World Cinema Documentary. Netflix also acquired “Zion,” a ten-minute film directed by Floyd Russ about a young wrestler who was born without legs and finds acceptance and community within the world of wrestling. Both films will launch globally on Netflix later this year.

– ABC has picked up the new one-hour talk show “Sundays With Alec Baldwin,” featuring the titular star, and set a surprise sneak peak for the series following the Oscars on Sunday, March 4. Baldwin will interview Jerry Seinfeld and Kate McKinnon for this Sunday’s special, which will be followed by eight additional episodes to premiere later this year.

– Factory 25 has announced that it has acquired world rights to the multiple festival award-winning “No Light and No Land Anywhere.” Amber Sealey wrote, directed, and produced the film with Executive Producer Miranda July, rounding out a female-centric team that included producers Alysa Nahmias and Drea Clark and a cast and crew that is 85% women. Factory 25 will premiere the film theatrically on March 16 in New York City at IFC Center and at Facets in Chicago on March 9.

– Apple has given a straight-to-series order for an untitled psychological thriller from M. Night Shyamalan and writer Tony Basgallop. Shyamalan will also direct the first episode of the half-hour, 10-episode original thriller. The project is created by Basgallop (“24,” “To The Ends of the Earth”), who will write and executive produce the series. 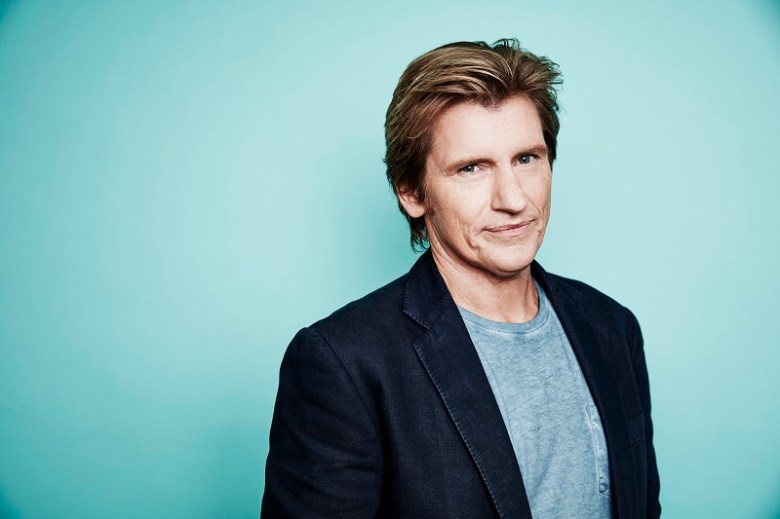 Okey dokey. Here’s a video with Marty and me talking about our new Netflix special coming this summer! Now we’re like Chris Rock and Dave Chappelle except for the pay! pic.twitter.com/zd4hd1kQ74

– Netflix will premiere the comedy special “Steve Martin and Martin Short: An Evening You Will Forget For The Rest Of Your Life” later in 2018.

The special was taped at the Peace Center in Greenville, South Carolina during Short and Martin’s current national tour. According to Netflix, “it features new material presented in a variety of musical sketches and conversations about their iconic careers, most memorable encounters, and of course, their legendary lives in show-business and stand-up.”

– Hot Docs has announced 15 documentary features that will screen in this year’s Special Presentations program. Special Presentations features a high-profile collection of world and international premieres, award winners from the recent international festival circuit and works by master filmmakers or featuring some star subjects. Check out the newly announced titles here.

– Following the European Film Market in Berlin, Music Box Films announced today that it has acquired all U.S. rights to “The Apparition” (L’Apparition), written and directed by Xavier Giannoli, from Memento Films International.

CBS has given a 13-episode, series production commitment to a current-day revival of the show, which originally aired from 1988-1998. 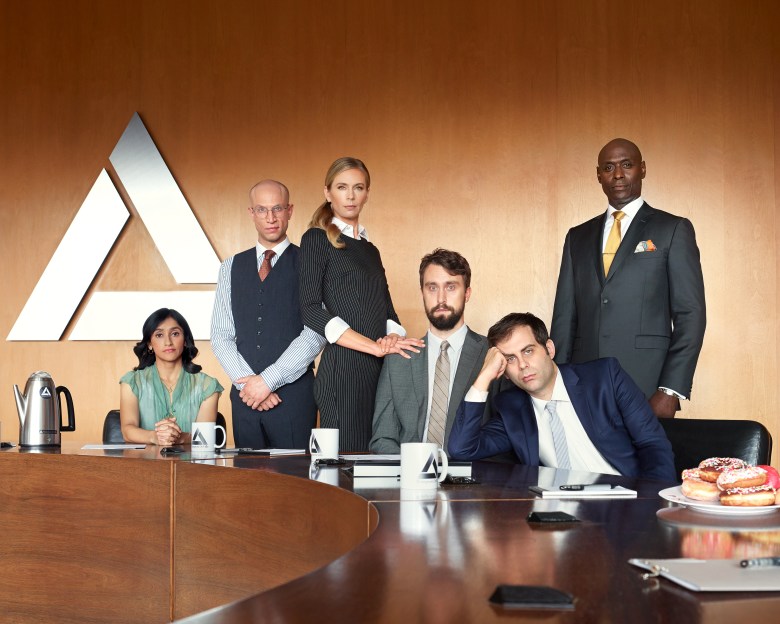 – Comedy Central has renewed “Corporate” for a second season. The dark comedy airs Wednesdays at 10 p.m. ET, with the season finale airing on March 14. “It’s hard to understand why people relate so strongly to the comedic, existential crises of working for corporations, but who are we to argue?” said Comedy Central president Kent Alterman.

– Syfy has revealed the official premiere date for Season 3 of “The Expanse”: Wednesday, April 11 at 9 p.m., along with a teaser trailer for the critically acclaimed sci-fi drama. Take a look below:

– MTV has announced that actress, comedian, and New York Times bestselling author Tiffany Haddish will host the 2018 MTV Movie & TV Awards on Monday, June 18. The 2018 categories and nominees will be announced at a later date.

– Kate McKinnon will receive the CinemaCon Comedy Star of the Year Award on the evening of Thursday, April 26, at The Colosseum at Caesars Palace during the annual event.

– The Film Society of Lincoln Center and The Museum of Modern Art has announced the complete lineup for the 47th annual New Directors/New Films (ND/NF), March 28 – April 8. This year’s festival will introduce 25 features and 10 short films to New York audiences. The festival will open with Stephen Loveridge’s “Matangi/Maya/M.I.A.” and will close with RaMell Ross’s “Hale County This Morning, This Evening.” You can see the full lineup right here.

– Comedy Central has renewed “Drunk History” for a sixth season.

– South by Southwest (SXSW) Conference and Festivals (March 9-18, 2018) has announced the addition of Keynote Nonny de la Peña, and more Featured Speakers to the programming lineup.

– The newly formed Hamptons Arts Network (HAN) announces THAW FEST, a Hamptons-wide, weekend festival to celebrate spring, and promote the broadly diverse range of cultural programs and institutions that make the South Fork of Long Island unique. Hamptons Arts Network (HAN) is a newly formed 19-member consortium of not-for-profit organizations working together to create a unified arts community in the Hamptons. The goal is to promote collaboration, partnerships, and shared programming among its members, and to advocate for the arts in the areas of economic development, tourism, and education. HAN will create events to shine a light on the year-round cultural mecca located on Long Islands East End.

– The Marlene Meyerson JCC Manhattan has announced its official lineup of feature films for the 10th Annual ReelAbilities Film Festival: New York. The 2018 festival will take place March 8–14 at the JCC and more than 30 other venues across all five boroughs of New York City, as well as on Long Island and in Westchester and Rockland counties, making it the most geographically accessible festival in the country. Utilizing various technologies, the festival strives to offer the most accessible programs for those with special needs of all kinds. For the first time, the festival will offer Audio Description for all its feature films.

Check out the full lineup and how to purchase tickets right here, plus see the festival’s newest trailer below. 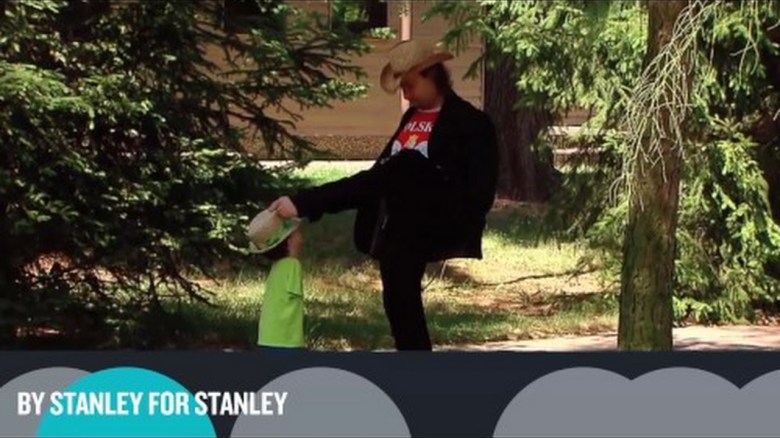