The lauded actress teams up with Kim Minhee for an unexpected detective story involving a maybe-magical camera. 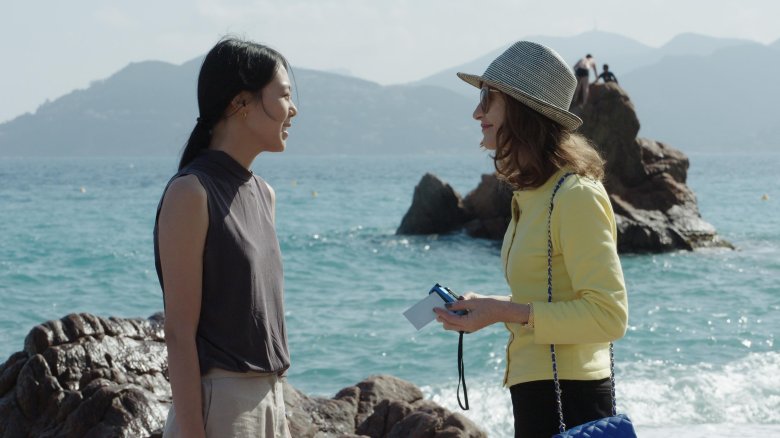 “Taking a photo is something very important,” the eponymous Claire (Isabelle Huppert) tells a new friend in the opening of the latest trailer for Hong Sangsoo’s “Claire’s Camera,” setting the stage both for the film’s tone and the happy mystery that drives it. Huppert leads the feature as a woman who might be in possession of a magical camera, and who uses that wacky piece of machinery to possibly change the fortunes of her newest acquaintance.

In the film, “Huppert plays Claire, a school teacher with a camera (that might be magical) on her first visit to The Cannes Film Festival. She happens upon a film sales assistant, Manhee (Kim Minhee) recently laid off after a one-night stand with a film director (Jung Jinyoung). Together, this unlikely pair become detectives of sorts, as they wander around the seaside resort town, working to better understand the circumstances of Manhee’s firing — and developing new outlooks on life in the process. Intricately plotted with wit and charm to spare, ‘Claire’s Camera’ explores the power of images to transform us.”

“Claire’s Camera” was actually filmed during the 2016 Cannes Film Festival, when Huppert was in attendance to debut her work in “Elle.” It also served as a long-gestating reunion between star and director, as the pair had previously vowed to work together again after their 2012 feature “In Another Country.” Minhee, of course, recently starred in Hong’s “Right Now, Wrong Then.”

The film then went on to debut at Cannes last year and screened at AFI FEST last fall. Check out our exclusive trailer for “Claire’s Camera” below.