A fresh look at the new Netflix comedy attempts to answer the age-old question: What exactly is ironic about rain on your wedding day? 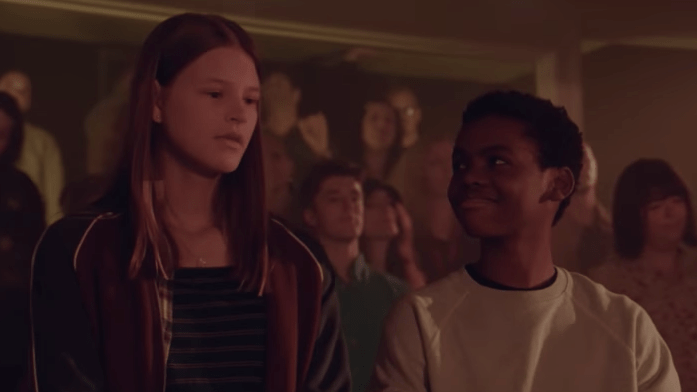 A high school comedy set circa 1996, “Everything Sucks!” is Netflix’s comedic answer to “Stranger Things,” with a little hint of “Freaks and Geeks” thrown in for good measure. The first full trailer for the platform’s half-hour comedy reveals more about the show’s plot, including some excellent nerd banter and two parallel interracial romances. Viewers have been wondering what the new project from “Like Crazy” co-writer Ben York-Jones is actually about, and the latest trailer leaves some very promising clues.

Going all in on ’90s nostalgia, “Everything Sucks” follows the nerds and freaks of Boring High School’s A/V Club and Drama Club, as they join forces to make a movie in search of fame and glory (AKA popularity). But it’s not just about the kids: The school principal, Ken (“Sully” star Patch Darragh), features heavily in the trailer, as he strikes up a timid romance with a fellow single parent, Sherry, (Claudine Mboligikpelani Nako). The only potential problem lies with the fact that their kids, Luke and Kate (Jahi Di’Allo Winston and Peyton Kennedy) are developing their own fling.

Playing up the period-related jokes with a slow-loading dancing baby (the first GIF?) and a highly relatable debate over the true meaning of Alanis Morissette’s “Ironic,” “Everything Sucks!” could very well rule the school in no time at all.

Check out the trailer for “Everything Sucks!” below.

“Everything Sucks!” premieres on Netflix February 16.

This Article is related to: Television and tagged Everything Sucks!, Netflix, Patch Darragh, Trailers