The Joe Berlinger-directed feature film is told from the perspective of his long-time girlfriend, and promises to tackle the serial killer story in a new way. 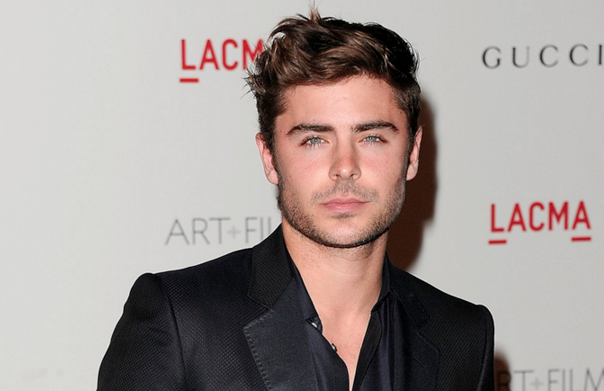 Never let it be said that Zac Efron isn’t open to taking some risks. For his next project, the “High School Musical” and “Baywatch” star is moving very firmly away from comedic and family-friendly fare into darker waters. In Joe Berlinger’s upcoming biopic, “Extremely Wicked, Shockingly Evil and Vile,” Efron takes on the role of Ted Bundy, one of America’s most prolific and terrifying serial killers. Bundy was executed in 1989 after confessing to the murder of dozens of women, including a 12-year-old.

The new film is still in production, but it’s already garnered a heady amount of buzz, much of it thanks to Efron’s own willingness to share insider photos from the set on his social media channels, providing his followers a look inside a project that doesn’t look to be toning down the more terrifying elements of Bundy’s story. Aided by a starry cast, a lauded script, and a director uniquely adept at bringing true crime stories to the big screen, “Extremely Vile” already has plenty to recommend it. Here’s everything we know about the project so far.

While Efron’s casting as Bundy is about as buzzy as casting can possible get, he’ll be sharing some serious screen time with another young star to watch: co-star Lily Collins, who is on deck to play Bundy’s longtime girlfriend Elizabeth Kloepfer. The film is reportedly told at least partially from Kloepfer’s perspective (more on that below), offering the talented Collins a chance to further prove her chops in the dramatic arena.

The pair are joined by a number of big stars, including John Malkovich as the judge who sentenced Bundy to death, Haley Joel Osment as a character known as Jerry (who seeks the affection of Collins’ character as Bundy’s legal woes mount), Terry Kinney as a detective on the case, and Jim Parsons as the lead prosector. The supporting cast also includes Kaya Scodelario as Bundy’s ex-wife, Jeffrey Donavon as Bundy’s first lawyer, and Dylan Baker as a prosector.

Update: Metallica’s James Hetfield has joined the cast in his very first dramatic role. Per Deadline, he will play “Officer Bob Hayward, a no-nonsense Utah highway patrol veteran who was the first law enforcement officer to arrest Bundy in 1975 after pulling the killer over and discovering burglary tools in his car, but wisely suspecting much worse.”

The inclusion of so many cast members from the legal arena also provides a hint that the film itself will spend a lot of time delving into the aftermath and prosecution of his crimes. This isn’t going to be a film about a serial killer that ends when he gets “caught,” it’s going to be one about the intricacies of catching and bringing to justice a horrific killer, from investigation to prosecution.

“Extremely Wicked” is being helmed by filmmaker Joe Berlinger, best known for his work in the documentary realm — including the West Memphis 3-focused series “Paradise Lost” — who has also dabbled in the narrative realm (hey, “Book of Shadows: Blair Witch 2”).

It’s Berlinger’s background in true crime-centric doc features that makes his association with the film so compelling, this is a filmmaker who knows his way around outsized personalities, heinous stories, and the byzantine legal system. That he’d use his skills on a biopic about one of America’s most notorious serial killers is both exciting and a bit unexpected. Still, he’s a great fit for the film, and will likely keep it from being the kind of salacious outing less refined filmmakers might attempt with such juicy material.

The Story and Its Twin Perspectives

The film’s script was written by Michael Werwie, and won an Academy Nicholl Fellowship in Screenwriting and landed on the 2012 Black List of “most liked” unproduced screenplays. Although Werwie only has one other feature screenplay under his belt — Liz Garbus’ “Lost Girls,” another true-crime story that Werwie scripted from Robert Kolker’s non-fiction book of the same name — a 2012 interview with the scribe over at The Black List paints him as a long-time writer who wrote his first full-length screenplay at the tender age of 15.

That same interview provides some compelling details about “Extremely Wicked,” including an indication that at least an early version of the script told the story from both Bundy and Kloepfer’s perspectives. Current official synopses for the film, however, indicate that Kloepfer’s voice might be taking a larger role. IMDb, for instance, notes that the film “is chronicle of the crimes of Ted Bundy, from the perspective of his longtime girlfriend, Elizabeth Kloepfer, who refused to believe the truth about him for years.”

At the time, Werwie said, “The common thread among everyone who knew him was that he had this facade that led you to believe that there was no possible way for this to be true. It was essentially a con man story. It was a classic unreliable narrator, and once I decided on that, you could have him say pretty much anything. He could defend his innocence the entire script, and the most powerful revelation would be the one time that he admits to it.”

Yet Werwie also opened up about the framing device of the film, which he believes allows Kloepfer’s perspective and beliefs to actually rule the story. “Well, the script is deceptive in that it’s actually her story,” he said. “The device that structures the script is a letter he’s written to her from jail, which allows us to be put in her point-of-view as he manipulates it. We, like her, are the ones being seduced by Ted. We fall in love with him. We are attracted to his charisma, his intellect, and everybody likes the underdog so everybody sides with the underdog.”

Werwie pulled it directly from one of the Bundy verdicts. As he told The Black List, “I thought it was so bold and absurd given the tone of 75 percent of the script, and then it becomes less ironic and more literal as the story concludes.”

Efron has used his social media channels to share plenty of behind-the-scenes peeks at the film, but a January look at him in costume as Bundy drummed up the most buzz. It’s chilling.

The film does not yet have a release date or a distributor, but already has some big time backing, as it’s being produced by Michael Costigan’s (“Brokeback Mountain”) Cota Films and Nicholas Chartier’s Voltage Pictures (“The Hurt Locker,” “Dallas Buyers Club”). Voltage will handle sales at the Cannes Film Festival in May, returning the film to the same market where it was announced last year. Any takers?