Don't get Gerwig started on the naked embrace between Sally Hawkins and the fish creature in "The Shape of Water." 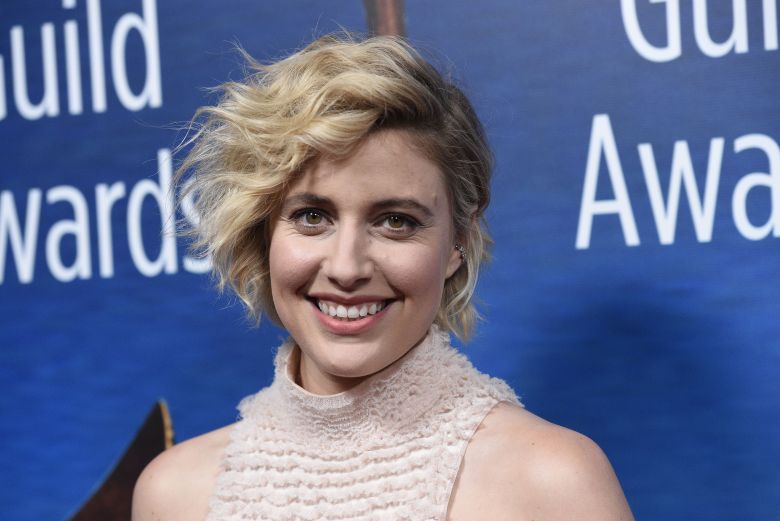 Greta Gerwig knows a thing or two about crafting a perfect scene. After all, what is “Lady Bird” but the agglomeration of dozens of perfect scenes? Gerwig recently attended the Santa Barbara International Film Festival (via Collider) to talk all things “Lady Bird,” but Gerwig made sure to spend some time talking about the scenes from the films directed by her fellow nominees.

Gerwig has caught up on her fellow Best Director nominees’ movies, and she was able to speak clearly about the moment in each film that affected her most. In Guillermo del Toro’s “The Shape of Water,” it was the naked embrace between Sally Hawkins’ character and Doug Jones’ fish creature. In “Get Out,” it was the combined effect of watching the film with a packed house at the movie theater and the moment when Kaluuya’s performance becomes undeniable tender.

“Lady Bird” is nominated for five Oscars, including Best Picture and Best Director. Gerwig is only the fifth female filmmaker to be nominated in the Best Director race. The film is now playing in theaters nationwide. Read what Gerwig had to say about her favorite moments in “Get Out,” “Phantom Thread,” and more below.

Guillermo’s movie transported me and made me fall in love with love. It did this thing that only movies can do, where you love the lovers. I don’t know that anything else can do that. It was the moment after the water goes out [of the bathroom] and Sally Hawkins is behind the creature, and the look on her face, when she looks at Richard Jenkins, is this look of, “You cannot shame me because I am in love.” It makes me tear up, just to think about it. It’s the most beautiful thing.

In “Dunkirk,” there are so many moments to choose from. The moment that was the most emotional for me is the moment that happens after Cillian Murphy asks, “Is the boy okay?,” and he says, “Yes, he’ll be okay.” And then, he shares a look with Mark Rylance, and Mark Rylance gives him his approval. It’s a lie, but it’s for the good. Also, just the very beginning of it, where you’re instantly in the confusion of war. They’re children, and it’s just utterly confusing. That made me cry, instantly.

With [Paul’s] beautiful movie, the scene after he recovers from his first illness and he comes in and asks her to marry him, it’s both perverted and sublimely romantic. It’s so beautiful and so funny, in a way, and twisted, and she’s silent for awhile. She doesn’t answer him, and he’s like, “Why won’t you answer me?!”

And I saw [Jordan’s] movie in the best possible way. I saw it in a huge theater in New York City, and everyone was screaming at the screen and to themselves, and everyone was terrified and laughing, and then people started crying. It was like being in a collective experience, watching everyone go through their emotions. For me, it was Daniel Kaluuya’s face when he says, “No, no, I’m not gonna talk about that,” and you see this well of pain that he can’t even articulate. It was this tender detail, in the middle of a genre film.

This Article is related to: Film and tagged Get Out, Greta Gerwig, Lady Baby, Phantom Thread